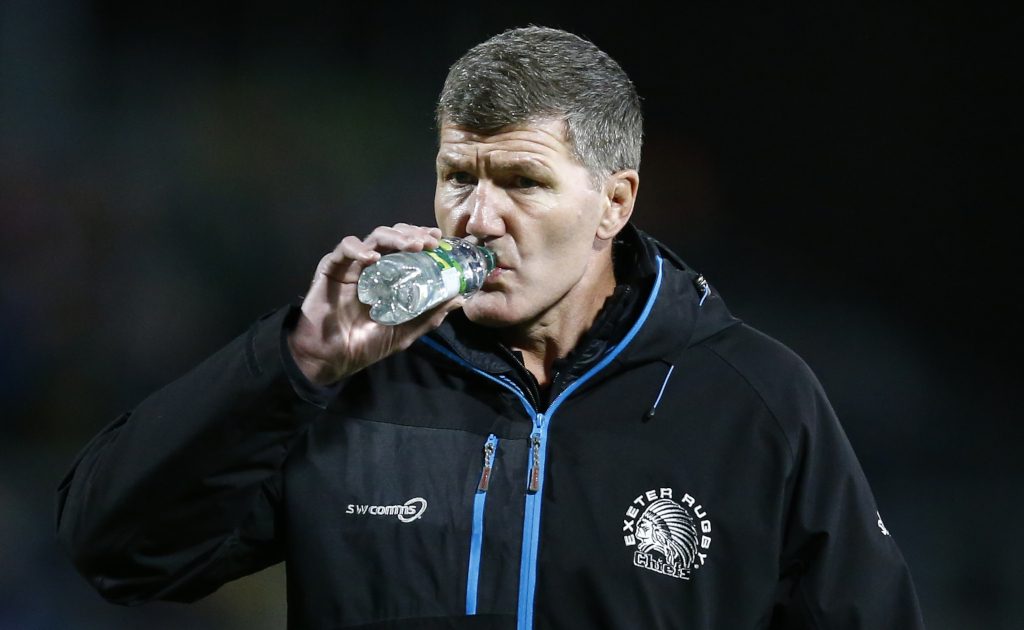 Exeter Chiefs boss Rob Baxter admits that his team is out of the playoff race after their 40-33 defeat to Bristol Bears this weekend.

Baxter’s men are four points shy of the top four on the table with only one round in the Premiership to play.

Despite their inclusion in the playoffs being mathematically possible, Baxter has ruled his team out of the race for the top four.

“We are done on the playoffs, aren’t we? Two points tonight – I think we are done. Mathematically,
maybe not, I am not sure,” Baxter said.

“It is disappointing. I think today has kind of highlighted that we have got to move on.

“I’ve said to the lads ‘get your heads up, but at the same time open your eyes and believe at some stage that we have to move on’, which means we have to move forward as players.

“I think we have become a little bit stubborn as a group of players as to where we are moving on and what we want to do and how we want to go and achieve things, and actually they need to stop and open their eyes and move forward.

“We’ve got to be better.

“We can’t just stand here and go ‘we can just be the same people and next season we will just win’. It won’t work like that. We have got to improve as individuals and as a team.

“There is a lot of work to be done and it kind of starts now.

“What I really want to see is a team that is enjoying itself again and the truth is, you only enjoy yourself when you are playing well and performing to near your maximum capabilities and we haven’t done that at all this season.

“It has been a tough season for all kind of reasons, but I don’t want to keep making excuses.

“When you concede 40 points, you’re not going to win many games of Premiership rugby doing that. I can’t say much else.”

Bristol has had a poor season this year and only earned their eighth win of the campaign against Exeter.

Director of rugby Pat Lam believes the club is falling short with the lack of “technical detail” throughout.

“Tonight, we talked about enjoying this game and working hard and playing with no fear,” Lam said.

“If people look closely at what we have done, we have grown the framework of our game a lot. What we are lacking is just the technical detail across the board.

“We have got to get better and get our fundamentals right. That is an area we are going to be driving very hard in pre-season.”