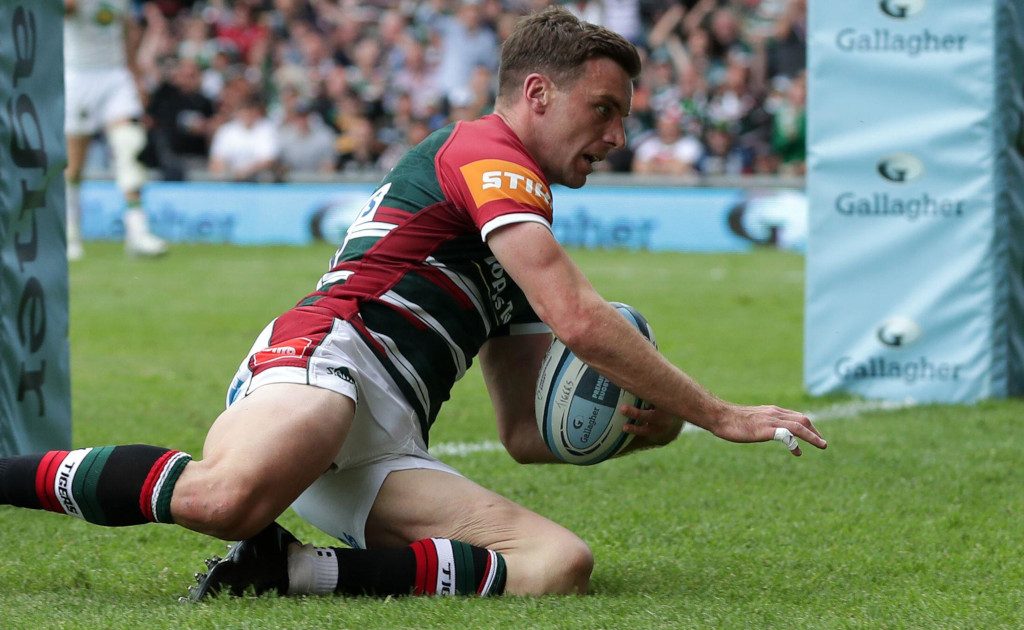 Leicester Tigers defeated their great rivals Northampton Saints to qualify for their first Premiership final since 2013 after emerging with a 27-14 triumph at Mattioli Woods Welford Road.

It was a tense match throughout and the teams could not be separated at the break as George Ford and Dan Biggar traded two penalties apiece.

Northampton, who competed superbly throughout, butchered several opportunities in the first half, with Courtnall Skosan having a particularly tough afternoon.

They did, however, finally manage to cross the whitewash when Tommy Freeman went over, but that only served to inspire the hosts.

Ford led from the front and took his side ahead with an excellent solo score before James Grayson briefly moved the Saints back into the lead.

The Tigers had started to get on top though and, after Ford had kicked his third penalty, Freddie Steward touched down to give them some breathing space.

A minute’s applause took place before kick-off in memory of Tiffany Youngs, whose husband Tom retired in April following a career that saw him captain the club and make more than 200 first-team appearances.

Kelly, though, limped off after just three minutes, causing a back division reshuffle as Guy Porter moved into midfield, replacement Freddie Burns lined up at full-back and Steward switched to the wing.

Biggar then kicked Northampton into the lead, landing a 48-metre penalty after seven minutes before Saints full-back Freeman launched a thrilling counter-attack that ended with him being bundled into touch.

Saints were comfortably the more dangerous team early on, and they were denied an Alex Mitchell try after Skosan knocked on, before the wing spilled a pass when a clear run to the line beckoned.

Leicester’s response to an unsettling opening quarter was to set up camp in the Northampton 22, helped by a wild pass that allowed them an attacking lineout.

Ford tied things up through a short-range penalty, but Skosan’s horrors continued after Saints centre Rory Hutchinson burst clear in midfield, only for the South African to waste another clear-cut chance by dropping the ball.

A second Ford penalty edged Tigers ahead seven minutes before the break, just as Biggar received treatment after seemingly taking a blow to his back.

Saints ended the half back in the driving seat, and Biggar’s second penalty made it 6-6 at the break after Porter was yellow-carded for a high tackle on Hutchinson.

With Porter still off, Northampton deservedly took the lead following sustained pressure that asked many questions of Leicester’s defence.

Freeman had an easy finish as Leicester ran out of numbers, as Biggar’s missed conversion was his final contribution before leaving the action and being replaced by Grayson.

Leicester were in trouble again, yet they managed to conjure a response this time as Ford weaved his way through Northampton’s defence for a try that he also converted.

Grayson sent an angled penalty chance wide after Skosan was tackled in the corner, only to make amends four minutes later as Saints edged back in front.

But when replacement Northampton prop Oisin Heffernan was sin-binned for a high challenge on Jasper Wiese, Leicester looked to make it count.

Ford, inevitably, delivered the goods after kicking an earlier penalty as Leicester attacked at pace, and his floated delivery found an unmarked Steward, who finished off to finally floor Saints.

That effectively secured a trip to Twickenham, but it was well and truly sealed by Ford’s drop-goal and penalty.