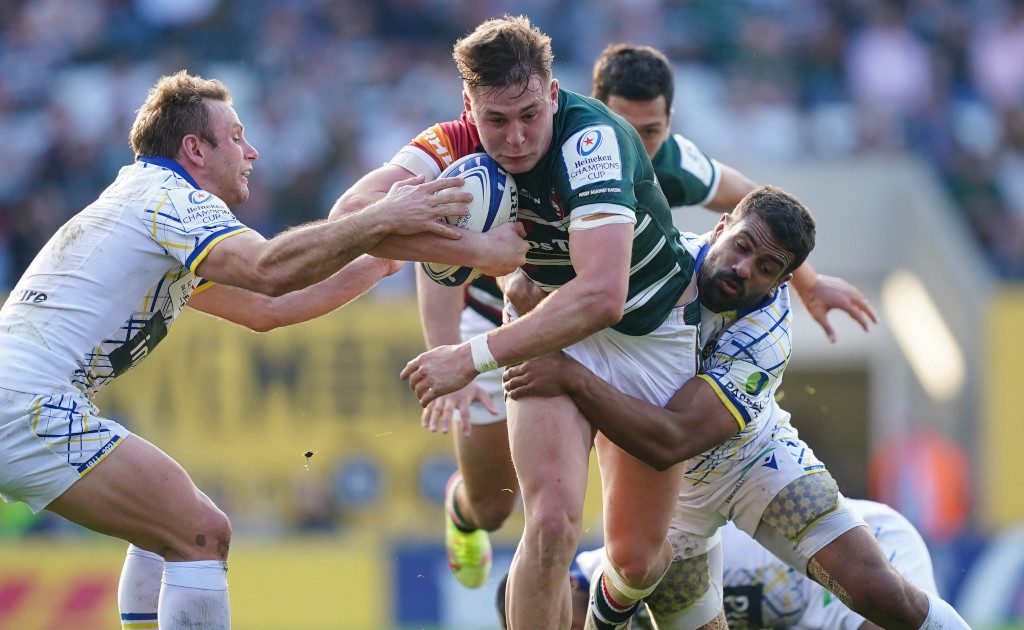 England full-back Freddie Steward says that Leicester teammate George Ford has been influential in his growth as a player in recent seasons.

Steward has risen to prominence in the rugby world after strong performances for Leicester Tigers and England.

One of the 21-year-old’s key attributes is his aerial ability, and he believes that Ford has been crucial in training in helping him learn and grow as a player.

“I think probably the guy who has been most influential in terms of players would be George,” Steward said.

“To train against a guy like that and with a guy like that, who is one of the best fly-halves in the world at manipulating full-backs, it has just helped my game push on.

“He has made me look silly lots of times, but they are moments when you learn and get better.

“Hopefully it is not the last time we play together.

“I think he is one of those players that you appreciate more when you play with him, just the time he creates for other players and how he puts them in space. The little things, he is just magical.”

Tigers only avoided relegation due to the Saracens salary cap breach in the 2019/20 season, and coach Steve Borthwick has done a tremendous job at turning the ship as the Leicester side has a chance to win the Premiership on Saturday.

Steward commended Borthwick and the club for the monumental turnaround.

“The journey the club has been on in the last couple of years, not being where we wanted to be, to then be here in a Premiership final, is testament to the coaches, the supporters, the players,” Steward said.

“Everyone has been working incredibly hard to turn it around.

“When Steve came in, there was an immediate change in the atmosphere and a belief that we were going to get Tigers back competing at the top of the table.

“Steve was very clear that was his aim, and I think when a coach is very black and white with something like that, it really fills the boys with belief about having the club back where it belongs.

“More importantly than anything, they are great people as well as fantastic coaches. They are role models, the way they carry themselves as professionals.”