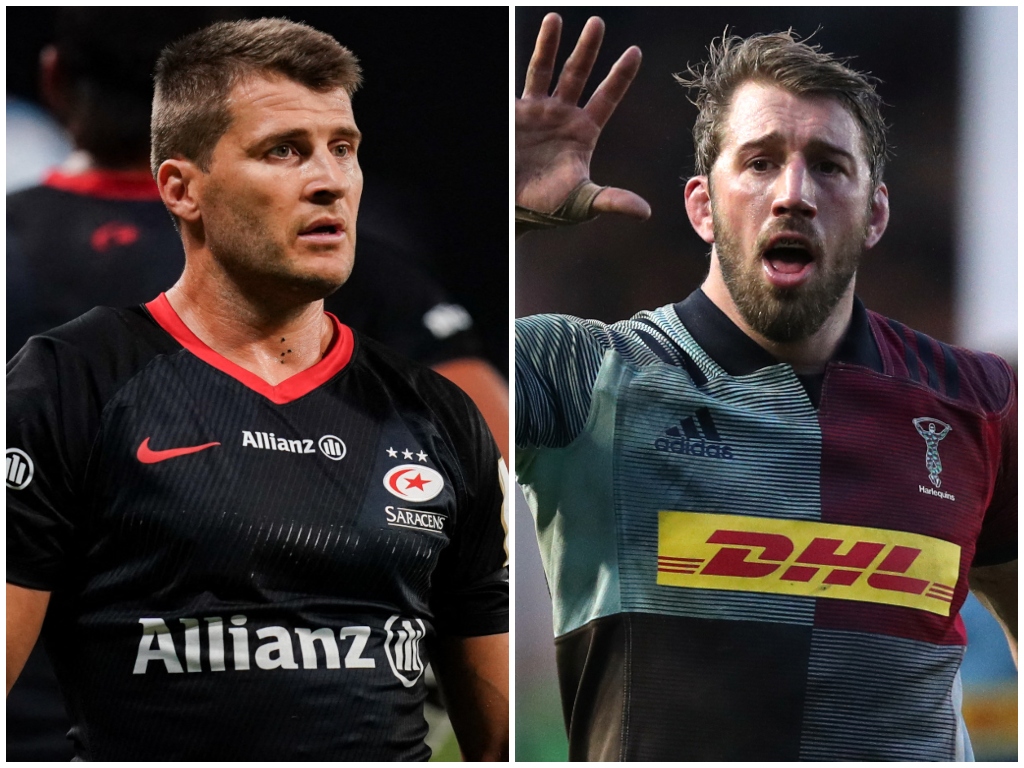 The league phase of the Premiership all but comes to an end on Sunday and all eyes will be on Wasps, Bath and Bristol Bears as they aim to reach the play-offs.

Wasps head coach Lee Blackett has named a strong starting line-up side for their clash with table-toppers Exeter Chiefs at the Ricoh Arena.

In the forwards, Simon McIntyre and Tommy Taylor replace Ben Harris and Tom Cruse in the front-row with Taylor in line to make his 50th Premiership appearance for the home side.

Thomas Young moves from the replacements bench to start in the back-row, replacing the injured Jack Willis. The backline is unchanged from the victory against Harlequins on Monday night.

Also in from the outset is experienced Australia international Dave Dennis, as well as Wales and British & Irish Lions wing Alex Cuthbert.

On the bench, Danny Southworth and Lewis Pearson get their first taste of being in a Premiership squad, whilst there is a welcome return to the fold for wing James Short.

A fitting milestone to go out on. @rwiggy9 will make his 250th and final Saracens appearance on Sunday 🔥

What a legend. Thank you for everything Wig! #TogetherSaracens ⚫️🔴 pic.twitter.com/4D9okCDBUK

The scrum-half has been at the club for 10 years since joining from Sale Sharks and is departing for pastures new after one final run out for the Men in Black.

A key voice on the field and a big part of the group off it, he bows out as a Saracen with five Premiership titles and three Champions Cups to his name.

Wigglesworth is joined at half-back by Manu Vunipola – a partnership that aided Saracens’ victory over Ospreys in Europe back in January.

Wing Alex Lewington scored on that day and lines up in the same back three that competed in the recent European quarter and semi-finals.

The midfield is made up of experienced Argentine Juan Pablo Socino and exciting Academy graduate Dom Morris meaning there will be no Allianz Park sign off for club captain Brad Barritt.

In his 12 years in north London, Barritt’s contribution has been immeasurable on and off the field. In total, he has featured 262 times in a Saracens shirt and has been an instrumental part of the club’s recent success as well as representing England and the British & Irish Lions.

Hooker Jamie George will skipper the side for the final game of the season with Richard Barrington and Callum Hunter-Hill coming in at one and six. The rest of the pack is unchanged from the defeat to Racing 92.

Meanwhile, Rhys Priestland will make his 100th appearance for Bath in this important fixture.

Bath director of rugby Stuart Hooper makes two changes to the side that earned a 31-20 comeback win over Gloucester.

Josh McNally comes back into the starting XV in place of Elliott Stooke at lock, whilst Mike Williams replaces Tom Ellis in the back-row.

Will Spencer comes in as the only change on the bench, with Joe Cokanasiga retaining his place amongst the replacements following a thrilling performance last time out against the Cherry and Whites.

London Irish have confirmed their squad to host Bristol Bears for the final round of the Premiership season at The Stoop.

The back-row sees Matt Rogerson captain the side once again from blindside flanker and Jack Cooke comes back into the starting XV at openside flanker. Albert Tuisue completes the pack in the number eight jersey.

Nick Phipps and Paddy Jackson make up the half-backs and Phil Cokanasiga continues his partnership with Curtis Rona in the centres.

There is an unchanged back three from the win over Exeter Chiefs as Ollie Hassell-Collins, Ben Loader and Tom Homer all retain their places.

Meanwhile, Bristol director of rugby Pat Lam makes 12 changes for the crunch clash versus London Irish as the Bears, who have already equalled their previous best ever Premiership points tally of 64 with a game to spare, set their sights on the top four.

Siale Piutau is appointed captain, while Max Malins and Harry Randall return as the half-back partnership.

In the pack, Chris Vui moves to the back row alongside Jake Heenan and Ben Earl, while John Afoa comes into the front-row.

Lam includes Mitch Eadie among the replacements, while highly-rated Academy back-rower Fitz Harding could make his debut from the bench.

🚨 A reminder of our squad to take on Leicester Tigers.

He has also included Kobus van Wyk, who will make his Leicester debut on the wing.

Ellis Genge, Tom Youngs and Dan Cole are the front-rowers, with Harry Wells shifting into the second-row alongside Calum Green in the absence of the injured Tomás Lavanini.

In the back-row, Luke Wallace is the only forward who started at Bristol and is included at blindside flanker with Tommy Reffell at openside and Hanro Liebenberg at number eight.

Ben Youngs and George Ford are the half-backs, with Matt Scott in the midfield alongside fellow international Kini Murimurivalu.

On the bench, Charlie Clare joins Ryan Bower, Nephi Leatigaga, Blake Enever and Thom Smith who all featured in midweek. Jack Van Poortvliet and Zack Henry, who also played in Round 21, are joined by South Africa international Jaco Taute as backs cover.

Meanwhile, Chris Robshaw will play his 300th and final game for the club as Paul Gustard names his side for Sunday.

Just the second player to earn 300 appearances for the club, behind only Harlequins full-back Mike Brown (334 appearances), Robshaw will captain Quins for the 142nd time, a record for the side, at Welford Road this weekend, and remains the only player to have won the Premiership Player of the Year award twice.

Among 10 changes to the team that ran out against Wasps on Monday, loosehead prop Jordan Els earns his first start for the club having made his debut from the bench against Wasps, with centre Joe Marchant shifting to the wing as Scottish international James Lang takes up the 13 jersey alongside Andre Esterhuizen in the midfield.

Amongst the replacements, Academy product Louis Lynagh will look to make his Premiership debut from the 23 jersey. Also representing the Harlequins Academy, George Head starts at hooker following injury to Wales international Scott Baldwin, with another Academy front-row in Jack Musk added to the matchday squad in the 16 jersey.