Home Premiership Premiership: Key storylines to follow as the regular season wraps up on Saturday 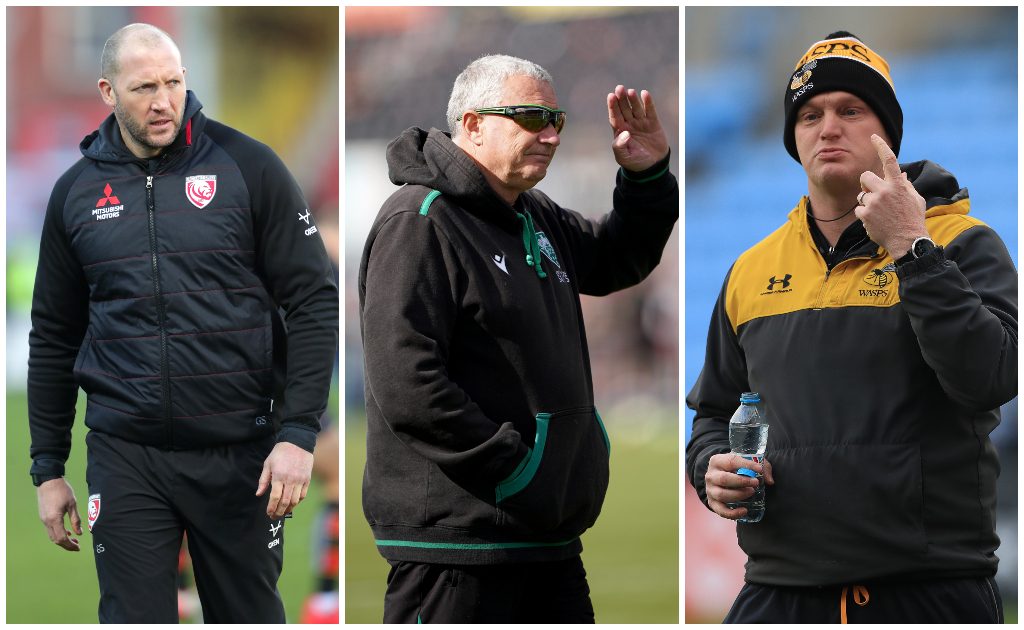 26 rounds, 13 teams and four oh-so-precious play-off spots… it all comes down to the final weekend of the 2021/22 Premiership regular season.

This Saturday will see our screens bombarded with mouth-watering match-ups to determine the final play-off team, the number one seed, Champions Cup competitors and would-be relegated side.

When three o’clock (BST) rolls around on June 4, here are the key storylines to look out for as the last round of the Premiership campaign unfolds.

Can the Saints cling on to fourth?

Since mid-March, an outstanding run of form from Northampton has seen them push up the table leaving them now with a shot at the Premiership play-offs should they secure a win at home to Newcastle, or else they just need Gloucester to lose to Saracens’ “B” team. The hot-streak from Chris Boyd’s side came after a four-game losing run, which almost seriously damaged their chances before they fought back. They won five in a row to lift themselves into the top-four but that was halted by Sarries in Round 25, with the Saints losing 42-38 in west London.

This week, Northampton have a chance to make-up for that defeat (and possibly face Saracens again in the play-offs) should the aforementioned criteria be met. The Saints have already cruised past Newcastle this season, leaving the North East with a 44-8 victory. Judging by Northampton’s recent performances and the form (or lack thereof) of the Falcons, it’s safe to say that the midlands team are strong favourites for victory, meaning the Gloucester result may be meaningless in the play-off race.

Gloucester’s bid for a post-season run after Twickenham collapse

George Skivington has worked wonders with the West Country team this year after rugby media were unanimous in their scepticism of Gloucester’s squad for this season following a dire 2020/21 campaign. With one game to play at home to Saracens, a play-off spot may be up for grabs if Northampton crumble at the hands of Newcastle. Although unlikely, should this upset occur, Gloucester have the chance to usurp them by beating second place Saracens, who have named a severely weakened squad.

Missing from the Sarries starting line-up is… everyone who played two weeks ago in the win over the Saints! The drastically changed side will leave the former Premiership and European champions rested ahead of the play-offs where they will likely play their London rivals Harlequins. Mark McCall’s cunning move is Skivington’s dream as it gives Gloucester a glimmer of hope for play-off rugby after handing Quins victory last round following a 24-7 lead at half time. With any luck, fortune will be with the home team so they get the chance to control their own play-off destiny at Kingsholm.

As you’re probably aware, there is no relegation this year in the Premiership in accordance with the RFU’s Covid-19 recovery plans. While this may be beneficial for the teams’ financial planning, it has robbed us of a down-to-the-wire duel between Worcester and Bath as Sixways. That being said, honour is still at stake as let’s face it, relegation or no relegation, no one wants to finish last. With both teams set for somewhat of a reboot in the off-season, this is the last we will see of the sides in their current set-ups. For Worcester, 14 players are leaving, along with the retiring director of rugby Alan Solomons, making room for Steve Diamond and his seven confirmed signings. Bath meanwhile will be restructuring the inner workings of the club with Munster’s Johann van Graan coming in to take the new “head of rugby” title.

However, before either side undergoes their obviously required changes, they will face off to determine who would (under normal circumstances) slip down to the second-tier Championship. Bath will be favourites for this fixture as they come off a slim but nonetheless respectable win over London Irish in the last round, while Worcester were on a bye, giving them plenty of time to reflect on their 38-16 loss to Saracens. Bath have named a strong side, featuring internationals Will Stuart, Charlie Ewels, Taulupe Faletau, Sam Underhill, Ben Spencer, Jonathan Joseph and Joe Cokanasiga while Danny Cipriani is set to don the 22 jersey as a replacement. Worcester, on paper, look completely out matched by Stuart Hooper’s side, who will be relishing the chance to flex their muscles on a side that has won just two games this year. With the hosts last on 30 points and the visitors one place above with 33, a win for either team would keep them from 13th place.

Following the Champions Cup’s expansion to 24 teams, eight from each of the leagues qualify. Wasps, who sit ninth, are still in with a shot of playing against the best in Europe (and South Africa) due to the fact that London Irish, who sit eighth with a three-point advantage, have completed their season. Lee Blackett’s side can overtake the Exiles with a win over Leicester this weekend but, unfortunately for Wasps, the Tigers are looking to avoid Harlequins in the play-offs and keep hold of first place. Steve Borthwick has therefore named a full-strength side, despite being guaranteed a home semi-final.

Due to the stakes of the fixture, Wasps too have named a relatively formidable team to make the journey to Welford Road, with the squad being the healthiest it’s been in a while. Blackett has done a sterling job with the Coventry outfit who have been plagued with injury throughout this season, but Leicester away may be too much of a challenge. With Jacob Umaga and the now-healthy Tom Cruse nowhere to be seen, and Alfie Barbeary residing on the bench, it is unlikely that Wasps will feature anywhere but the Challenge Cup next year.