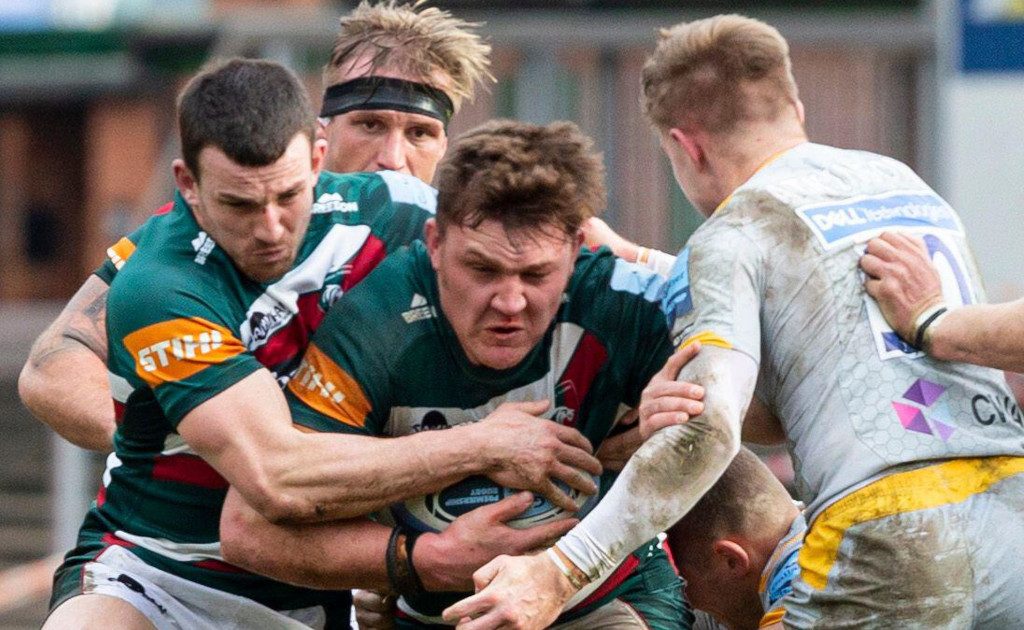 That Jasper Wiese is fearsome on a rugby pitch will never be up for dispute. That he is a loose cannon was not. Until recently. 17 games without a card later, the Tiger might have changed his stripes after all.

Wiese had a long record of yellow cards even before he came to Leicester, and he carried on gathering them at the rate of nearly one every two games when he joined, before a two-match ban for the gathered cards gave him pause for thought, and his coaches the opportunity to get stuck into him.

In a frank interview to Leicestershire Live, Wiese recounted how the coaching staff have been on his case ever since the ban, and how much good it has done him, as he braces for the Premiership Final against Saracens before heading home to join the Springboks ahead of the Welsh tour.

“It’s something I have to continue working on,” said the 26-year-old.

“It’s after all the coaches working with me; Steve [Borthwick] and Aled [Walters] hammering it on me every week, Kev [Sinfield]as well. Your tackle height and your clean-out height, use your arms, wrap.

“So when you continue doing that, and hearing it a lot, then it’s brilliant, because then when you’re under fatigue you sort of remain alert on what you have to do. Again I can’t take any credit for that, because it’s all the people around me working and helping me with that every week.

“I wouldn’t say I’ve perfected it, maybe there’s one or two still out there that is maybe, I don’t know, a bit iffy, but just continue working hard on it, I think that that’s it.

“It’s a bit difficult when you’re doing it every training session, every game and then you sort of have to say to yourself ‘well you have to adjust that now’.

“Not just for your own sake, but for the team’s sake as well, because if you do something like that and you give away a penalty or a card, you’re not just affecting yourself but you’re affecting your team as well.

“I think that was pretty easy for me to see that if I don’t work on anything, I will be influencing the team in a negative way. So I don’t think it was very hard for me to say ‘okay, this is something I really need to change’, because it’s going to affect me and the team if I don’t get it right.

“I still have to think about it. Sometimes when I am under fatigue, I stop myself from not just bowling into a tackle or into a ruck or something. You have to work at it constantly.

“The previous technique was second nature for me and now to change that, it’s definitely something you have to work on, consistently to get it right. Even when it’s second nature, just to keep on working at it so that you implant it in you. I don’t really know how long it takes, but I have to keep working on it consistently.”

One more game might do Leicester just fine for now.

READ MORE: Owen Farrell talks about the pressure on the tacklers