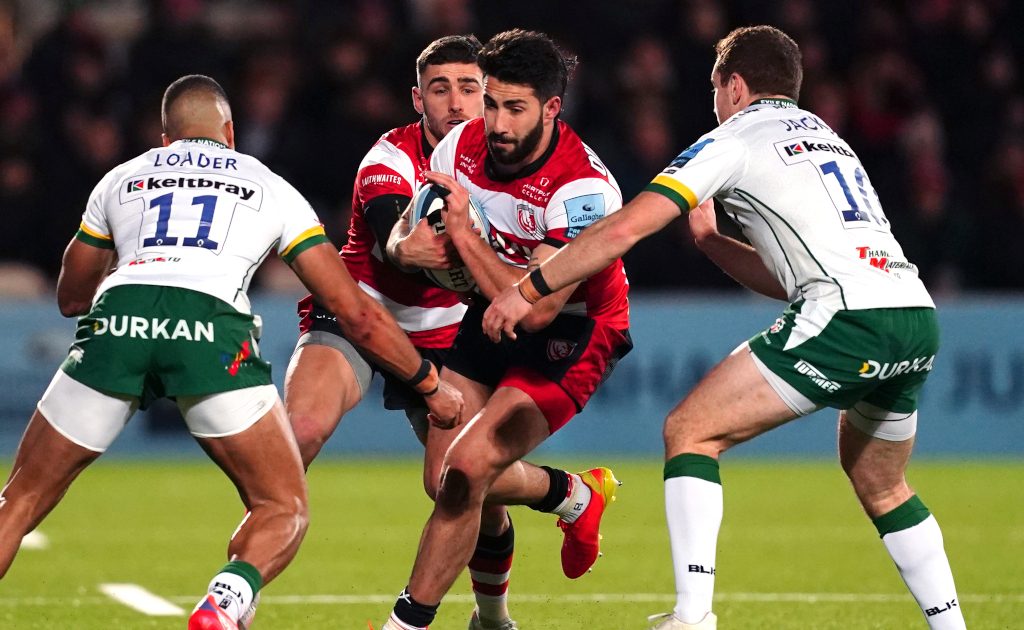 Gloucester moved provisionally second in the Premiership table as they battled their way past London Irish in a 24-7 win on Friday.

The Exiles have now won just twice in 23 trips to Kingsholm since the Premiership began but they tested an out-of-sorts Gloucester side in a tight fixture.

Irish’s failure to capitalise on sustained early pressure allowed an unconvincing Gloucester to gain a foothold and ultimately grab a valuable four points.

Ruan Ackermann scored two of the Cherry and Whites’ three tries with Ollie Thorley grabbing the other. Lloyd Evans converted two with Adam Hastings adding a penalty and a conversion.

The visitors made an explosive start to dominate the opening 10 minutes. They penned their opponents in their own 25 with Gloucester conceding a number of penalties in an attempt to keep their line intact.

Irish should have made it count but they allowed Gloucester to escape and score the opening try as Ackermann crashed over.

That try spurred Gloucester on to increase their influence on the match. Their pack put Irish under pressure in the scrums but the visiting defence deserved credit for holding out against a number of five-metre line-out drives.

The game was very much a stop-start affair with referee Karl Dickson awarding frequent penalties for not releasing.

There were 15 penalties in the first half, with the only thrills occurring in the final moments before the interval.

The scrum-half chipped ahead from 25 metres out and collected to cross the line but a remarkable intervention from Irish fly-half Jackson saw him turn Chapman and prevent him from touching down, leaving Gloucester leading by just Ackermann’s converted score at the interval.

After the restart, Irish made a few more handling errors to gift their opponents a platform in their 22 and once again they were made to pay.

From a close-range line-out, Gloucester sucked in the defenders before excellent passing from the three-quarters provided Thorley with an easy run-in.

Irish needed a swift response and they got one. A quick dart from Nick Phipps put the defence on the back foot and Cracknell was up in support to force his way over.

Both sides made numerous changes but there was still no flow to the game as neither team could bring any continuity to the proceedings.

The outcome hung in the balance but a penalty from Gloucester replacement Hastings and a second try from Ackermann late on sealed victory for home side and left Irish with nothing.