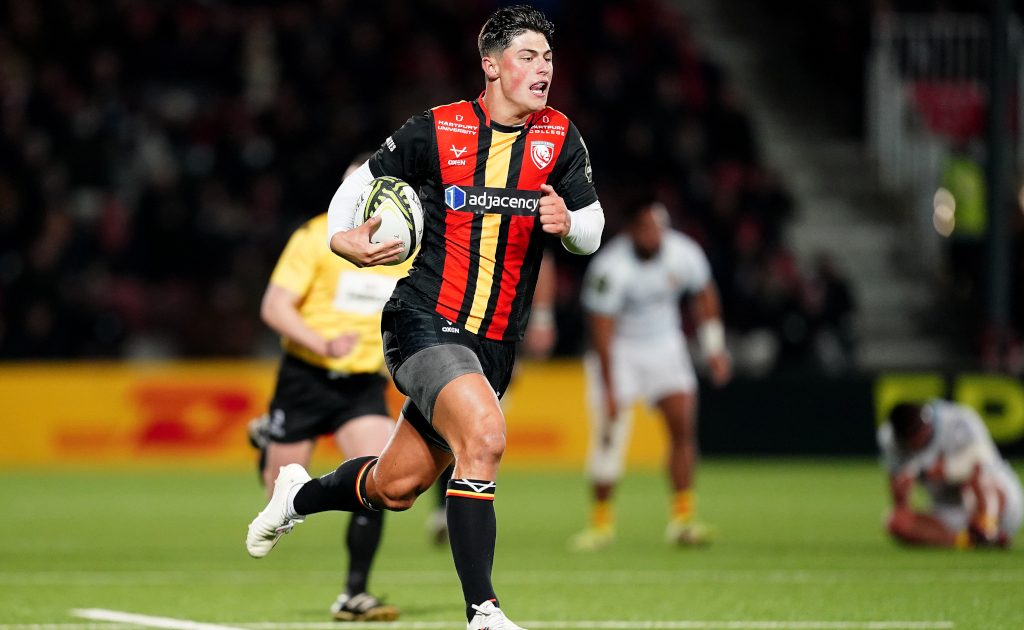 The 21-year-old made an immediate impact after going on as a second-half replacement and tore Northampton’s defence to shreds before finishing in style as the Cherry and Whites fought back from a 14-point deficit.

Rees-Zammit‘s international career suffered its first blow when he was left out of Wales’ matchday squad for the Round Three Six Nations Test against England at Twickenham.

He has his work cut out to reclaim a starting place when title favourites France arrive in Cardiff next Friday, but Rees-Zammit reminded everyone of his class through a memorable score.

“He is so gifted, and he works really hard to get there. He is special in terms of what he can do,” Gloucester head coach Skivington said.

“When you get whacked suddenly – England-Wales, and you don’t get to play in that – it’s a real test of how you are going to respond.

“Fair play to him, he has come straight back in and said what does he need to do to play well for Gloucester, and he’s obviously spoken to Wayne and got his bits off Wayne.

“He has been very, very on it these last two weeks, and I think it will be brilliant for him, going forward, if I am honest.

“It’s a bit of pain in the short term, but he understands these things are going to happen and it’s how you bounce back.

“He has had a disappointing couple of weeks from his point of view – he wants to prove a point, and we back him. He scored a special try at Newcastle, and now he’s done it at Kingsholm.”

Gloucester also claimed a penalty try, and there were touchdowns for prop Harry Elrington, centre Tom Seabrook and hooker Santiago Socino, with fly-half Adam Hastings kicking four conversions as they kept themselves firmly in the Premiership play-off mix.

Skivington added: “I thought it was a good spectacle for the neutral, although a bit stressful for the coaches.

“We’ve had a couple of losses on the trot – Exeter and Leicester were better than us on the day – and we took a lot of lessons from that.

“At 13 points down, we felt like we were stuttering a little bit, but the boys stayed on task and eventually ground it out. That was very pleasing.

“There is a whole group of teams in the middle of the table, and it could look like anything by the end of the season, to be honest.

“I am not too worried where we sit in the table, I just want to make sure we are getting better and better.”

It was Northampton’s fourth successive league defeat – their worst sequence since December 2020.

Saints’ first Premiership win since they toppled Worcester five weeks ago looked to be secured by tries from centres Matt Proctor and Fraser Dingwall, plus a brilliant second-half touchdown by wing Tom Collins.

Wales captain and Saints fly-half Dan Biggar converted all three touchdowns among a 15-point haul, but the visitors were ultimately denied as Gloucester claimed a bonus-point triumph.

Northampton director of rugby Chris Boyd said: “We had some moments in the second half where we didn’t clear and gave them an opportunity to bring their driving maul to the game.

“Three weeks in a row, we’ve been in with a shout. Close, but no cigar.

“It’s massively disappointing. We are trying, we are working hard, and we have just got to get off the canvas.

“I cannot fault the effort of the players and we are playing some decent football in patches. We are just having trouble closing those games out.”