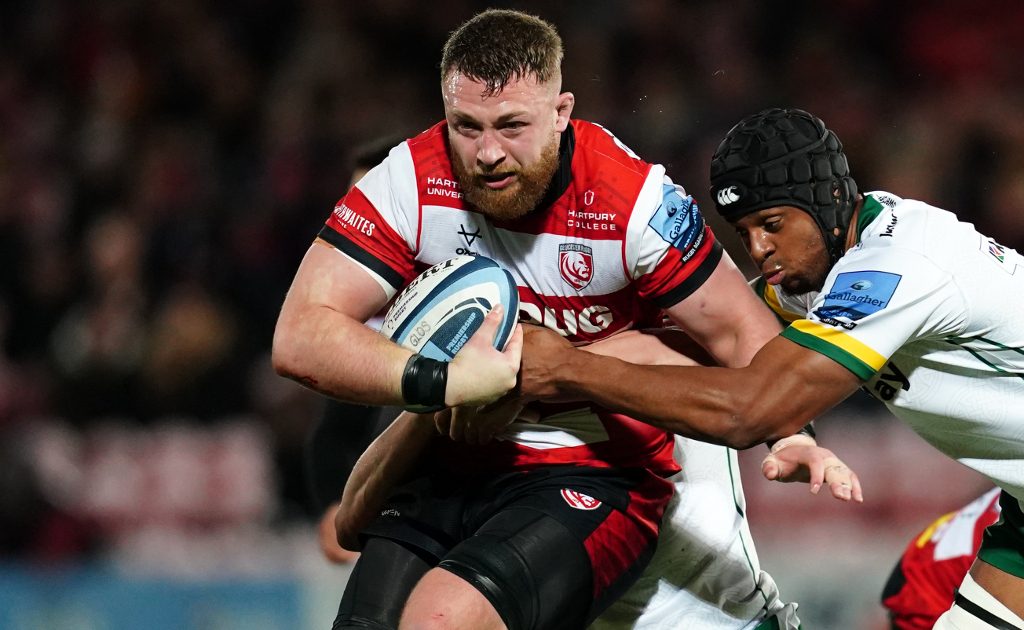 Gloucester boss George Skivington is convinced Ruan Ackermann is “banging on the door” of England head coach Eddie Jones after the number eight shone during the Cherry and Whites’ triumph over London Irish on Friday night.

Ackermann delivered a man-of-the-match performance by scoring a brace of tries as Gloucester sealed a hard-fought 24-7 Premiership victory at Kingsholm.

The 26-year-old stole the show during an excellent performance from Gloucester’s forwards and Skivington believes his South Africa-born player is on the verge of being called up by England.

Skivington said: “He’s banging on the door and surely can’t be ignored by Eddie Jones but all he can do is to keep going with what he’s doing.”

Despite Ackermann’s efforts, it was not a totally convincing performance from Gloucester as they had to survive a huge amount of early pressure before subduing a resolute Irish side that were unfortunate to lose by such a wide margin.

However, the win took Gloucester – for whom Ollie Thorley also scored a try – up to second in the Premiership table.

Skivington said: “I’ll take being second in the table for now but obviously that is likely to change over the weekend.

“We knew we would have to work hard to win against an in-form side as I thought beforehand that the sides were well-matched and the game would be decided by small margins.

“Our defence was outstanding, especially in that first 10 minutes when we under a barrage of pressure, and to hold them to just one try was a tremendous effort as they score a lot of tries.

“We did score a couple of tries from driving mauls but sides are doing a lot of work at counter-acting our strength.

“Irish were quite successful in doing that tonight and I will have to have a look at how they achieved it.”

London Irish director of rugby Declan Kidney, whose side’s points came from a converted Olly Cracknell try, was disappointed to come away from the game with nothing.

He said: “We had a tremendous amount of early pressure but you must take the opportunities, which come your way and we didn’t.

“They game is decided on fine margins but fair play to Gloucester they were able to slow down a lot of our ball and stop the flow of the game.

“They are very strong in defence and their driving maul is a very effective weapon. It’s a strong part of the game and they benefited from it by scoring two tries tonight.

“It’s always disappointing to come away pointless but we were a little bit off in terms of control.”