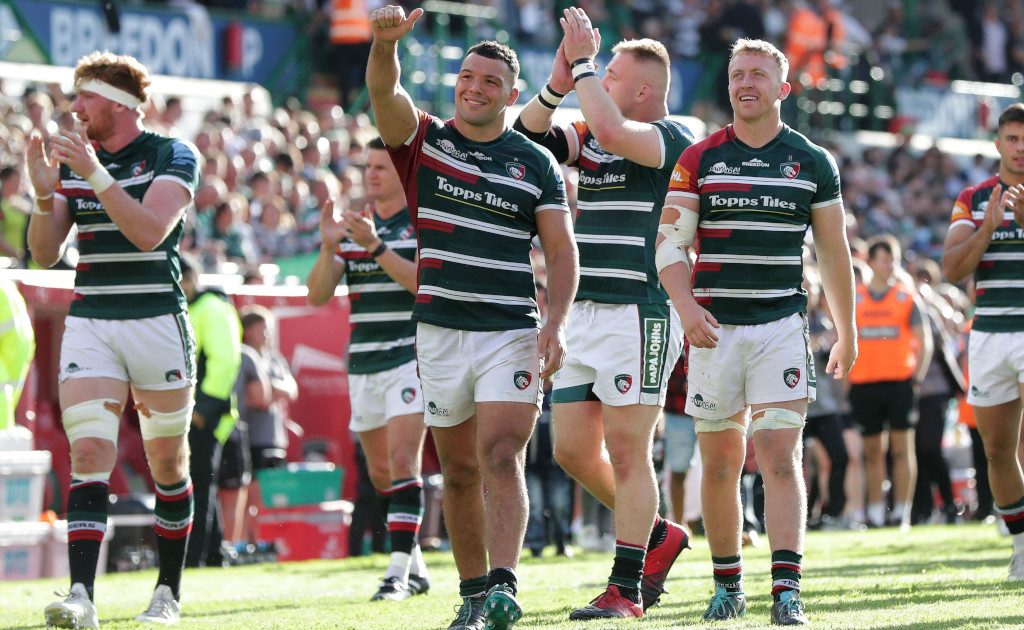 Following a 27-14 victory for Leicester Tigers over Northampton Saints in their Premiership semi-final, here’s our five takeaways from the match at Mattioli Woods Welford Road on Saturday.

In a scrappy affair, Leicester Tigers joined Saracens in this year’s Premiership final as they finally overcame a doughty display by Northampton Saints to emerge victorious by a margin of 27-14.

The match was punctuated by errors, by infringements and by suffocating defence over any form of creativity, but the Tigers gone the whole season at the top of the table for a reason and their resilience in adversity is the quality that has defined their play time and time again.

For Saints, they’ll rue the litany of chances they blew, especially in the first half when the final pass often evaded the supporting hand or fell frustratingly to grass. At half-time, it looked as if a giant may possibly be slain but by full time, the behemoths of the Tigers pack were standing proud as their castle yet again remained intact.

For the 22,000 crowd at Welford Road, it was a match that started filled with emotion and with thunderous applause for the late Tiffany Youngs, and with delightful symmetry at the end of the match, the emotion and applause remained as the Tigers family celebrated a momentous win against their most celebrated of foes.

From the very first whistle this was a match of emotion and passion over execution or skill. With the two teams owning arguably the deepest rivalry in English rugby, we saw more handbags than Michael Kors, more argy-bargy than Bill McLaren and more sledging than Santa.

The surprise act of the day was the pressure the Saints front-row exerted upon the Tigers’ world-class trio of Ellis Genge, Julian Montoya and Dan Cole. Crucial to the effort was the destructive power of the big rig Ehren Painter, who caused a lot of disruption between the Tigers loosehead and hooker.

However, for every positive, there’s a negative and the brilliance of Harry Wells and his cohorts in controlling the lineout mauls snuffed out a couple of crucial close range Northampton efforts as the Tigers’ brutality around the contact area kept them in the game.

Winning at this level is habitual; players undergo a journey and closing out the big knockout format matches is close to an art form. Leicester may have fallen at the last hurdle in the Champions Cup, but they assured all in the lead up that the lessons they learned would stay with them and, true to their word, they managed to close out a tight game by a margin slimmer than the final score suggested.

In the second half, a couple of runs, the first by Sam Matavesi and the second by Api Ratuniyarawa, saw Saints claw eight points in 10 minutes to give them a decent advantage, but a missed conversion by Dan Biggar failed to take them past the crucial seven-point lead mark.

Then, a moment of madness saw Saints running out of their own half and a mistimed pass from the otherwise excellent Alex Mitchell saw Hanro Liebenberg intercept.

From there, the momentum shifted in a quantum way, as the big Tigers forwards finally found their pipes, with Jasper Wiese putting in a barnstorming display, supported by skipper Ellis Genge on his last home appearance at Welford Road. A few moments later and wave upon wave of Tigers attack saw George Ford scoot over from 25 metres for a score that ignited the passionate Welford Road supporters.

It might not have been the dominant performance Tigers promised or wanted, but winning ugly is an art and on Saturday, they did exactly that.

Northampton, whilst they’ll walk away with immense pride about the second half of their season, they will have every right to be both frustrated and disappointed with the outcome and their own execution.

When they review the tape of the match, they’ll find a dozen reasons why they failed to take advantage of their superb first half display, but they’ll find perhaps two reasons (Ford and Wiese) why they finally crumbled to their avowed local rivals.

For a side noted for their clinical precision in attack, the number of clear opportunities they blew to score will frustrate them. The usually excellent Courtnall Skosan, a try machine all season, ran onto the pitches with his hands in blocks of ice as time and time again his handling in the wide channels conspired to blow the chances others had created.

But this is part of Saints’ journey; one that has seen them rise from eighth to fourth in a matter of 12 weeks, and a trip led by the moral and technical compass of their outstanding coach Chris Boyd, who departs the club after four outstanding years in charge. This humble Kiwi has left the Saints in a much better place than he found it and his humour and candour will be missed by all in the Premiership.

In short, he’s put in a great shift.

Talking of journeys, Tigers’ road back to excellence is almost complete and only Saracens remain in their path to return to their glory days.

The usual qualities of immense physicality around the breakdown and gain line characterised their display today, complemented by simple dominance of basics such as the aerial battle (where they were supreme), lineout and ruck speed. Yes, their scrum was a tad leaky at times, but with the quality of front-row forwards at their disposal you can bet your bottom dollar that this is just a short-term blip.

But if they are to succeed next week on a neutral ground and with parity in vocal support, based upon what we have seen in both semi-finals today they need a big step up in execution and attack to reclaim the title that has alluded them since 2013.