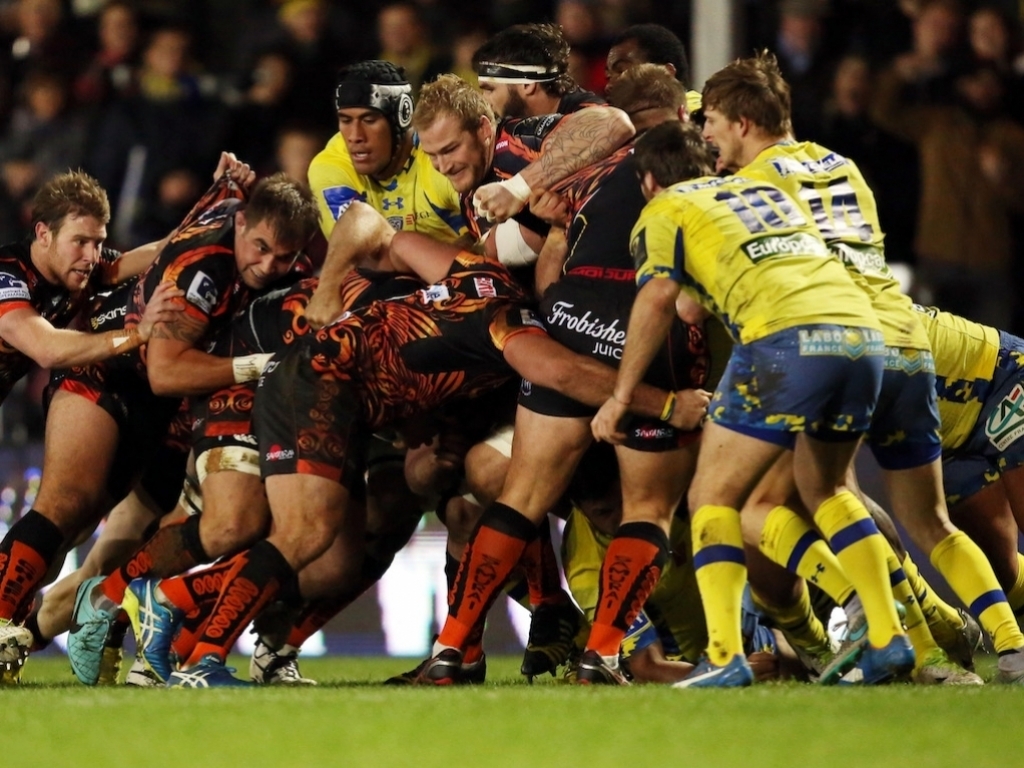 All the attention turns to Europe's premier competitions this weekend with the return of the Champions Cup and Challenge Cup.

Glasgow Warriors and Leicester Tigers get things underway on Friday before a number of huge clashes over the weekend, with Toulon's visit of Saracens topping the bill.

Let's see who will come out on top.

First things first, make sure you sign up for our excellent Champions Cup Fantasy game with our friends over at SuperBru. It should be a lot of fun.

Group stage? This could be a final! Saracens' defence of their title gets a rigorous early test and you know that Mark McCall and his squad wouldn't want it any other way, having started the Premiership season in good form with five wins out of six.

By crushing Wasps they made their biggest challenger for the English title hit the brakes, and it's the way Saracens are able to turn up the power and wear sides down which still makes them such a force. Toulon's pack can do just that too, with Leigh Halfpenny's boot knocking over the points, which is why this one on Saturday afternoon is so interesting.

Toulon simply have to win this if they want to top the pool, and there's no guarantee of that after a mixed start to the season. Desperation might be the key. Toulon by five.

The PRO12 champions appear to have snapped out of their early-season slump after that eye-catching win over previously unbeaten Ulster last weekend at home.

Toulouse offer a stern test, but it was Connacht's famous win in this fixture in 2013 that seemed to get the Galway revolution underway. Toulouse meanwhile where a shadow of their former selves in last season's competition, almost to the point of embarrassment, and four wins out of eight games so far this season represents another mixed start.

For Connacht, the boot of Jack Carty and Bundee Aki's threat in midfield will be vital. And another famous win could well happen! Connacht by three.

Reunited after one of the craziest finishes to a European pool stage in recent memory last season, when calculators and abacuses were put to full use before the Chiefs qualified for the last eight.

For a side like Clermont, with all their talent, to fail to reach the knockout stages is both a catastrophic failure and a reminder that nothing in the Champions Cup is guaranteed. Exeter have started slowly but Sandy Park rises to these occasions, while les Jaunards have only lost once in the Top 14, by two points away to Toulon.

Exeter were handsome winners of this fixture last season, but the reverse seems on the cards this time. Clermont by six.