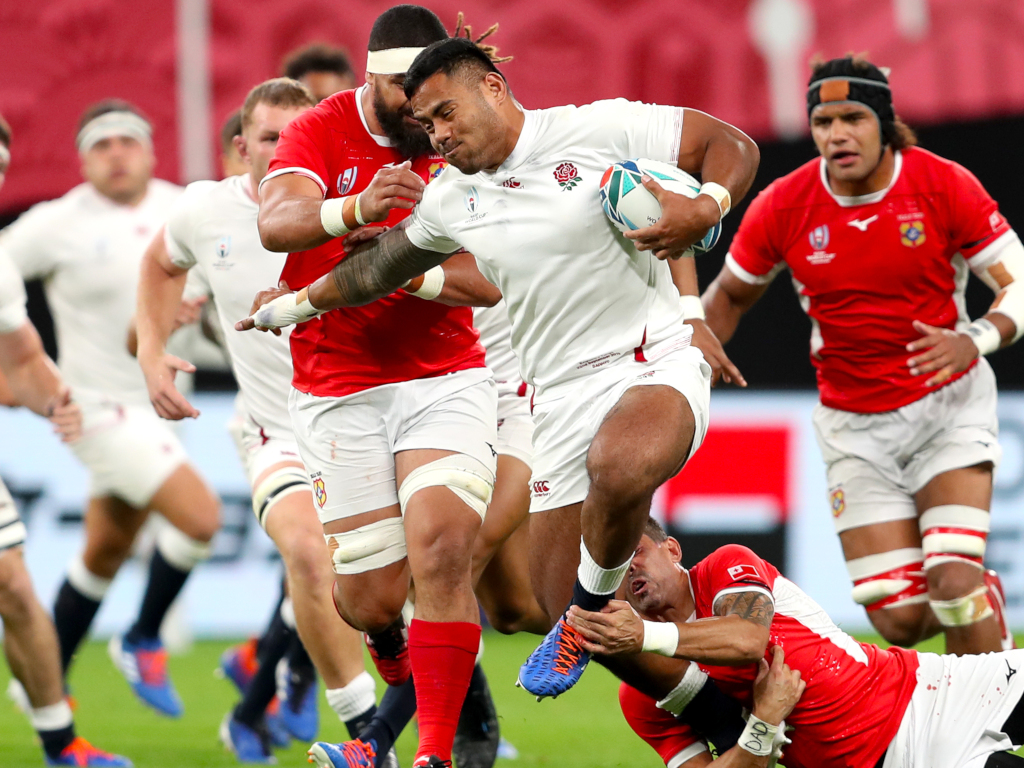 England began their Rugby World Cup campaign with an unconvincing performance as they struggled to a 35-3 bonus-point triumph over Tonga in Sapporo.

It was a tight opening from both teams as Owen Farrell and Sonatane Takulua traded penalties but the Red Rose moved away before the break as Manu Tuilagi touched down twice.

Farrell then added his second three-pointer for an 18-3 advantage at the interval before Jamie George and Luke Cowan-Dickie completed a mistake-ridden win in the second half.

Eddie Jones’ men have been quick starters this year but they were met by a resilient and physical Tongan outfit. The Six Nations outfit did take the lead via a Farrell penalty but their opponents responded superbly with sheer brute force.

Billy Vunipola, whose father Feʻao captained ‘Ikale Tahi at the 1999 global tournament, was hammered by Zane Kapeli with his first carry and that led to a penalty. Takulua was on target and Toutai Kefu’s charges deservedly levelled matters going into the second quarter.

The Tongans’ defence was beginning to show signs of breaking, however, and Tuilagi almost set-up England’s first try as he broke through and fed Sam Underhill.

Although the flanker was held up, the Red Rose’s Samoan-born centre was rewarded for his earlier surge by receiving the ball five metres out and charging his way over.

Following that score, England opened up and touched down for the second time when Jonny May scampered down the left and found Tuilagi, who crossed the whitewash unopposed.

Nice build-up from Elliot Daly who goes on to feed Manu Tuilagi who cruises over for his second try 🙌#RWC2019 #ENGvTGA pic.twitter.com/sdXmYWA5ro

Jones’ side were now well on top and, after a period of pressure on the Tonga line, Farrell added his second three-pointer for a 15-point buffer at the interval.

They then controlled the early stages of the second period and earned a penalty, allowing the Saracens playmaker to extend their lead, but there were too many errors. England regularly dropped the ball and it let a tiring Ikale Tahi off the hook.

As a result of their loose play, several replacements were made and it immediately paid dividends as a dominant maul powered towards the line and George was the beneficiary of his team-mates’ good work.

It didn’t truly have the desired effect, though, with the Six Nations side incredibly slack and that kept the scoreboard down. Credit must also go to Tonga, who were spirited and prevented England from gaining momentum, but it was a poor display by Jones’ men.

The Red Rose did manage to gain the crucial bonus-point when Jonathan Joseph broke through and fed Cowan-Dickie to finish, but they will need a vast improvement over the coming weeks.