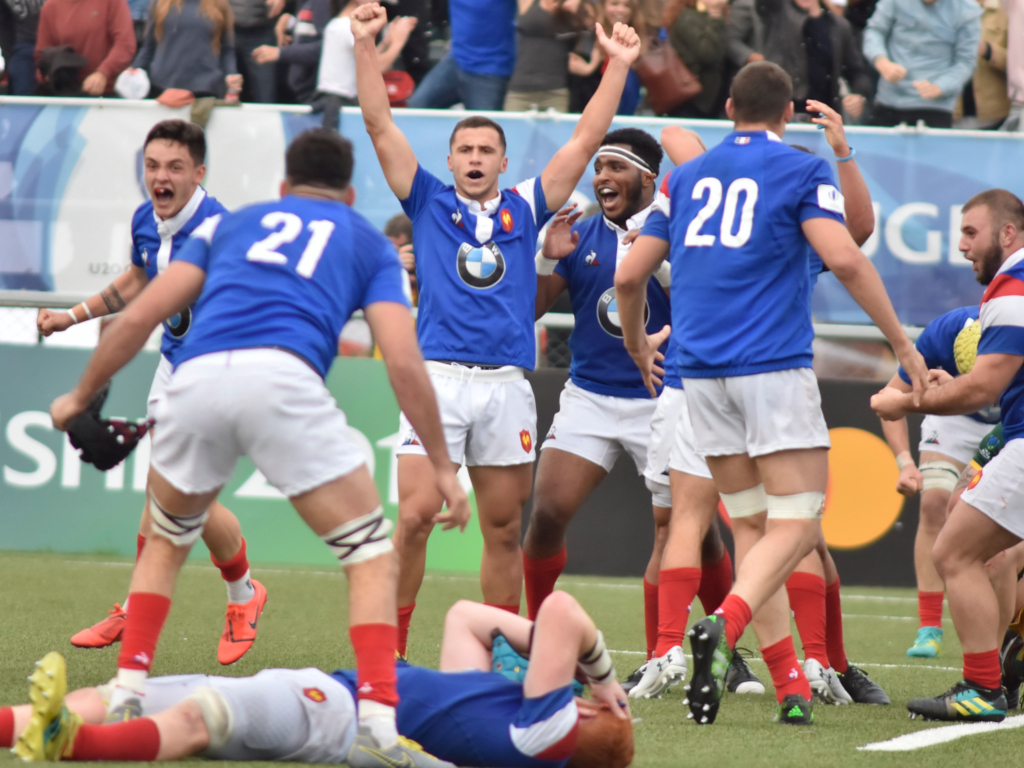 The pool draw for the 13th edition of the World Rugby U20 Championship has been announced, with the tournament hosted by Italy.

Running from 28 June to 18 July, 2020, World Rugby and the Federazione Italiana Rugby (FIR) announced the Championship schedule on Tuesday.

The world’s 12 best teams will compete across five match days in northern Italy, bidding to succeed France as champions with the winners to be crowned in Parma on 18 July.

The teams taking part in the premier age-grade tournament have been divided into three pools of four with the medallists from 2019 the top seeds in France, runners-up Australia and bronze medallists South Africa.

While Verona will host matches for the first time, Viadana, Parma and Calvisano did so when Italy last hosted the U20 Championship in 2015 and all three will stage the play-off rounds.

Two-time defending champions France are joined in Pool A by Argentina, Ireland and Japan, the latter returning to the tournament after winning the World Rugby U20 Trophy 2019.

Australia will face six-time champions New Zealand, Wales and Georgia in Pool B, while hosts Italy have been grouped with 2012 winners South Africa, three-time champions England and Fiji in Pool C.

The three pool winners and the best runner-up across the pools will progress to the semi-finals and keep alive their hopes of lifting the distinctive trophy.

A total of 690 players have graduated from the U20 Championship to the test arena since it began in 2008, including 16 members of South Africa’s Rugby World Cup 2019 winning squad, among them captain Siya Kolisi, Handré Pollard and World Rugby Men’s 15s Player of the Year Pieter-Steph du Toit.

It will be the third time the U20 Championship has been hosted in Italy with the Veneto region the location for the 2011 edition, when the likes of Beauden Barrett, Brodie Retallick and Sam Cane helped New Zealand win a fourth successive title. New Zealand will be bidding for a third title on Italian soil having also won in 2015.

World Rugby Chairman Sir Bill Beaumont said: “Every year the World Rugby U20 Championship showcases the most promising young rugby players and we see year after year graduates from the competition succeeding at the highest level.

“Rugby World Cup 2019 in Japan featured 228 players who initially represented their country in this tournament and I invite all rugby fans to follow matches closely for the next rugby stars of tomorrow.

“Italy have proved incredible hosts in the past and we are confident rugby strongholds like Viadana, Calvisano, Verona and Parma will deliver the best possible stage for the tournament.”

FIR President Alfredo Gavazzi said: “We are delighted to host the World Rugby U20 Championship and the very best players from all around the globe again.The 2011 and 2015 editions had a great impact on our rugby community, attracting fans and new participants to the game, and we look forward to delivering three exciting weeks of competition while bringing the Azzurrini to play in all four host cities.

“Rugby has significantly grown in our country over the last decade and we are proud of what we have achieved in the recent years, consistently placing our U20s among the top 10 teams in the world. We are confident the established pathway for our youngsters is the right one to keep on pushing Italian rugby forward and we sincerely look forward to receiving the future stars of world rugby, offering such a high-profile competition to our growing audience in the country.”