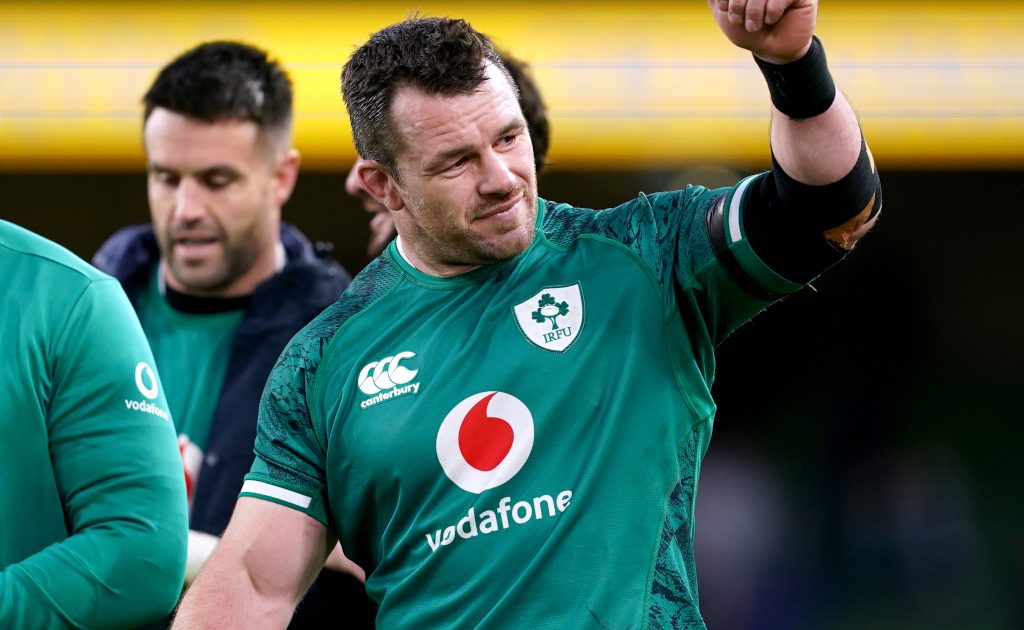 Ireland prop Cian Healy is determined to fight for the starting jersey after being used as primarily a replacement during the Autumn Nations Series.

Healy, 34, came off the bench three times during their year-end internationals, with Andrew Porter preferred in victories over Japan, New Zealand and Argentina.

It wasn’t just the Autumn Nations Series when prop Healy was restricted to bench duty as he rode the pine twice in the Six Nations as Dave Kilcoyne got the nod.

Desire as strong as ever

With the start of the 2022 Championship little more than two months away, Ireland’s fourth most-capped player is intent on reclaiming the number one shirt and says his desire to play international rugby remains as strong as ever.

“Go back to the beginning of November, I was dying for a game before I got the opportunity and angry that I wasn’t getting the opportunity earlier,” said the forward, who has made 112 appearances for the national side.

“You are representing your country and it doesn’t matter what (shirt) number it is – if you get an opportunity to get on the field you have to be doing your best and push the lads on and put pressure on Killer (Kilcoyne) and Ports (Porter) to try and get that position myself.

“And that’s going to bring them up as well, and we have to do each other justice.

“If you were to just lax off and not push people for that number one spot, then you’re probably not going to end up in camp – that’s the realistic part of it.

“You have to push standards, my desire to push those standards is the same as ever and I’m loving every minute of what I do, so I’m not going anywhere.”

Healy claimed the sixth of Ireland’s seven tries in Sunday’s 53-7 success over Argentina, having begun the month by scoring as a replacement in the 60-5 triumph against Japan.

The Ireland team which finished the clash with Los Pumas had an average age of just 24 after international rookies Harry Byrne, Craig Casey, Dan Sheehan, Ryan Baird and Tom O’Toole were brought on from the bench.

Healy, who was the third oldest member of Andy Farrell’s squad this month behind captain Johnny Sexton and wing Keith Earls, is pleased to see young talent earning the chance to impress.

“It’s class, it’s deadly,” he said. “I think it’s so important to environments to see people coming through and see people getting opportunities.

“I think as a whole we are building pretty well, just getting everyone on the right page and playing the style of rugby that we want to.”

Ireland second-row Tadhg Beirne has reflected on a whirlwind year that’s seen him become a firm fixture in the squad and also a British & Irish Lion.

The versatile Munster forward was one of the try scorers in Ireland’s 53-7 victory over Argentina on Sunday, capping a strong international campaign in style.

Beirne, 29, went 12 months without playing for his country after the 2019 World Cup before returning late last year and then earning a call-up for the Lions.