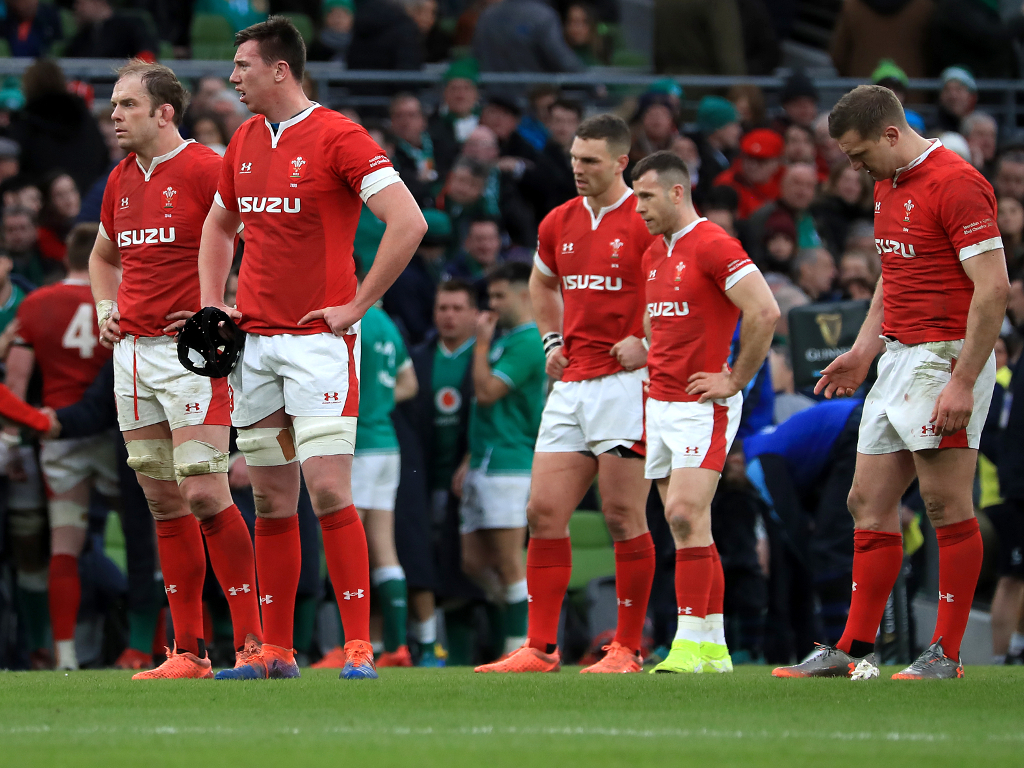 Following their 24-14 defeat to Ireland in their Six Nations match at the Aviva Stadium on Saturday, here’s the player ratings for Wales.

Leigh Halfpenny: Rarely seen in attack as Wales found themselves on the back foot for long periods. An incredibly quiet game from Halfpenny compared to last week against Italy. 6

George North: Hardly received a pass and was guilty of a glaring late knock-on. Low-key. 5

Nick Tompkins: His first Test start was in stark contrast to a try-scoring debut off the bench last weekend, but he will learn from the experience. 5

Hadleigh Parkes: Should have scored a second-half try and was solid without being spectacular. Parkes will wonder what might have been had he dotted down. 6

Josh Adams: The World Cup’s top try-scorer lasted just 25 minutes before a leg injury forced him out of the action. 6

Dan Biggar: Went off in the second-half as Wales floundered under increased Ireland pressure. Played a crucial role in his half-back partner’s try with a good support line and offload. 6

Tomos Williams: Scored a first-half try, but also spilled possession that gave Ireland a platform to score their second try. 6

Ken Owens: Worked hard, as usual, but it was not Wales’ day, especially in the forward exchanges. 6

Dillon Lewis: Another testing afternoon for the Wales prop as Ireland’s scrum took the honours. 5

Jake Ball: Typically hard-working contribution high on tackle-count, but Wales could have few complaints about the result. 6

Alun Wyn Jones: The Wales captain looked frustrated at times and he will be disappointed that his team never threatened when it mattered. A nice offload for Williams’ try. 6

Aaron Wainwright: Went off early in the second period and was replaced by Ross Moriarty. 6

Justin Tipuric: Scored a try during the dying seconds and he was arguably Wales’ best player after another tireless shift. 7

Taulupe Faletau: Continues to work his way back at Test level after long-term injury troubles but was quiet today. 6

Wales head coach Wayne Pivac was forced into an early change when Adams went off, and his later substitutes could not affect the outcome. 6