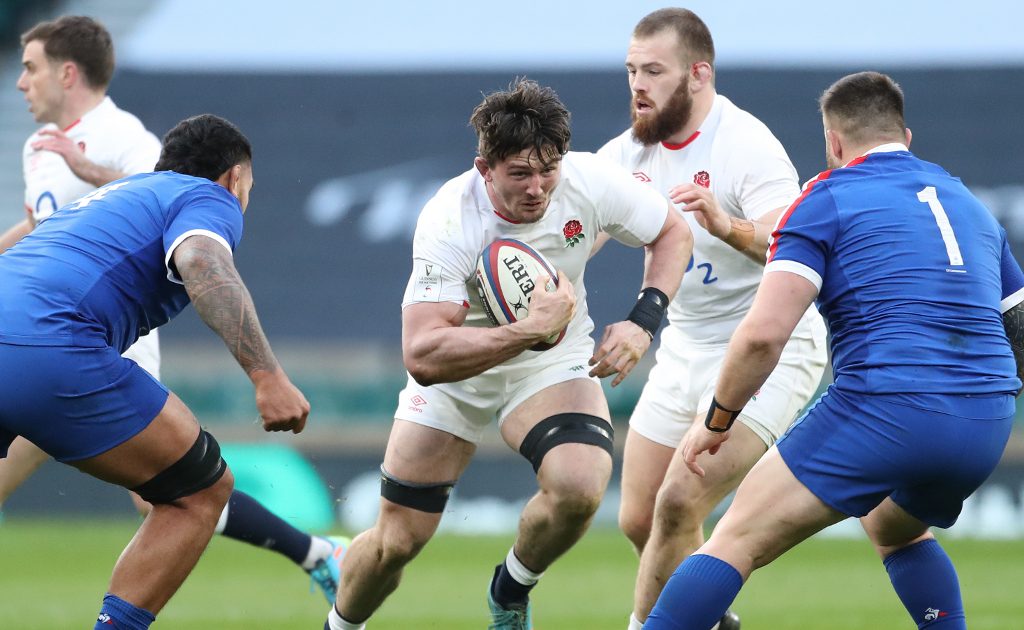 Here are our player ratings for England after they won their second game of the 2021 Six Nations courtesy of a 23-20 triumph over France at Twickenham.

15 Max Malins: Unable to display the attacking skills that have torched defences for Bristol Bears, but a solid full debut. 6

14 Anthony Watson: Marked his 50th cap with an easy finish for England’s first try. A threat who now has four five-pointers for the Championship. 7

13 Henry Slade: England are now starting to see the best of their gifted centre who glides through gaps with such ease. 8

12 Owen Farrell (c): The captain’s best game for some time, was at the heart of home resistance. Kicked brilliantly. 8

11 Jonny May: Carried over and over, often into heavy traffic. The trademark spectacular finishes were missing, but this was about graft. 7

9 Ben Youngs: A break at the end of the first half showed what a danger he can be. Contained Antoine Dupont. 7

8 Billy Vunipola: Grew in stature as the match went on and became increasingly effective. Knocked defenders back like skittles. 8

7 Tom Curry: England’s most effective forward. Ran with pace and power – over and over again. 9

6 Mark Wilson: Did a lot of the unseen work. A real grafter of a flanker who did not take a backward step. 7

5 Charlie Ewels: A real force in all departments and his lineout expertise took the pressure off Itoje. 7

4 Maro Itoje: Drove over for the match-winning try. Delivered when England needed him. A colossus. 8

3 Kyle Sinckler: The tighthead didn’t have it all his own way against Cyril Baille and also made a couple of mistakes in the loose, but was tireless. 7

2 Luke Cowan-Dickie: A bullocking display points to an ongoing duel with Jamie George for the role of starting hooker. 8

1 Mako Vunipola: England’s pack went toe to toe with France and Vunipola contributed a big shift. There were also some deft touches with ball in hand. 7

Replacements: After their poor contribution in Cardiff, the bench gave England the momentum they needed against France. 8