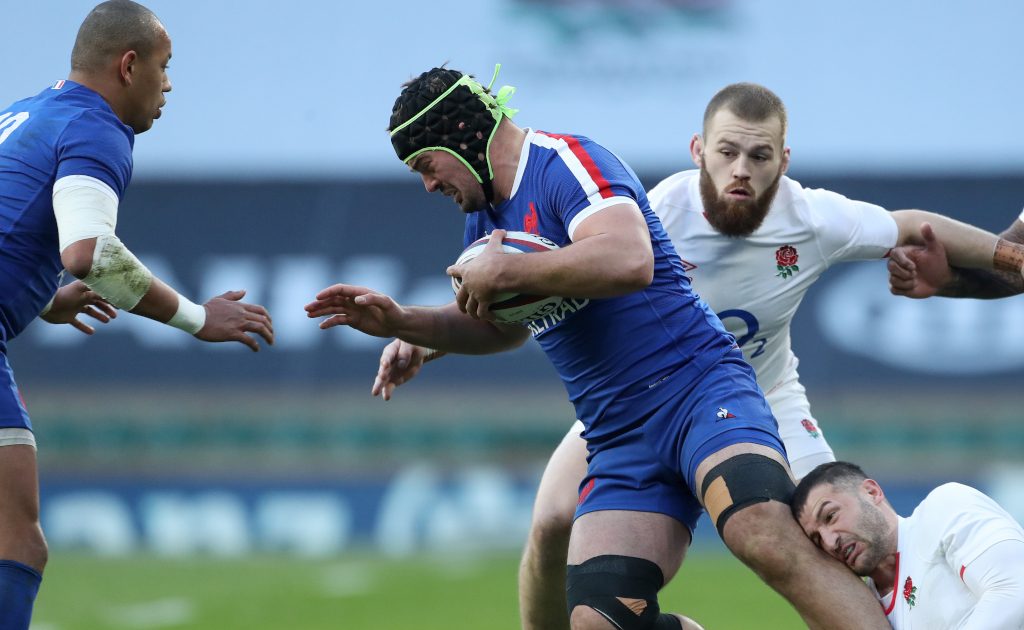 Following their 23-20 defeat to England in their Six Nations match at Twickenham on Saturday, here are the player ratings for France.

15 Brice Dulin: As ever, excellent in the air and was a threat on the counter-attack. Makes very few mistakes and has cemented the full-back shirt. 7

14 Teddy Thomas: Didn’t get a lot of ball but was effective when he did. Created the first try with a lovely run and kick, and there was always a sense of concern in the English ranks when he was in possession. Faded after the break though. 7

13 Virimi Vakatawa: A good return for the centre, who was effective in attack and defence. Made a crucial turnover in the second half when England were on the front foot, but it wasn’t enough in the end. 7

12 Gael Fickou: The Vakatawa-Fickou partnership is so effective and again Fickou had a good all-round game. Some lovely touches and also a strong game defensively. 7

11 Damian Penaud: Wasn’t quite as noticeable as his backline team-mates but solid enough with the ball, got on the scoresheet and earned a turnover with an incredible clearout on a prop. 7

10 Matthieu Jalibert: A wonderful game from the fly-half, who kicked well and controlled it nicely for the most part, but it was his attacking game that particularly shone. A lovely runner while his pass for Penaud’s try was sublime. However, as the French fatigued late on, he began to struggle. 8

9 Antoine Dupont: Some control issues at times when France tried to play too much in the first half, but he was otherwise outstanding. Realised their problem and reined it in slightly, allowing the visitors to get back on the front foot after the first quarter, but he was another to suffer as the forwards began to be sent into reverse in the final 20. 8

He sees the game a play ahead of everyone else.

8 Gregory Alldritt: Just incredible work ethic. Carried, tackled and was once again a key part of how the French operated. 8

7 Charles Ollivon (c): Didn’t quite get into England’s lineout as some expected but he was a workhorse once again. 7

6 Dylan Cretin: Selected for set-piece expertise but didn’t quite make the desired impact. 6

5 Paul Willemse: Toiled hard but struggled at the lineout as the English – and particularly Maro Itoje – got on top in the second period. 6

4 Romain Taofifenua: Bernard le Roux’s absence was seen as a blow, but Taofifenua put in a mammoth shift before he was taken off. It was a huge game from a big man. 8

3 Mohamed Haouas: Did some good things, won a couple of scrum penalties but yet to convince that he is the long-term option at tighthead. 6

2 Julien Marchand: Everyone talks about the brilliance of Camille Chat, but Marchand is quite rightly first choice at the moment. Surprisingly had some lineout wobbles in the second half but was busy around the park. 7

1 Cyril Baille: A big performance from the Toulouse loosehead. Had Kyle Sinckler in trouble throughout, made some big carries and was impressive defensively. 8

Replacements: As France tired in the second period, they needed their bench to make an impact, but it failed to really materialise. They all put their bodies on the line defensively but the set-piece was their undoing in the final quarter. 4