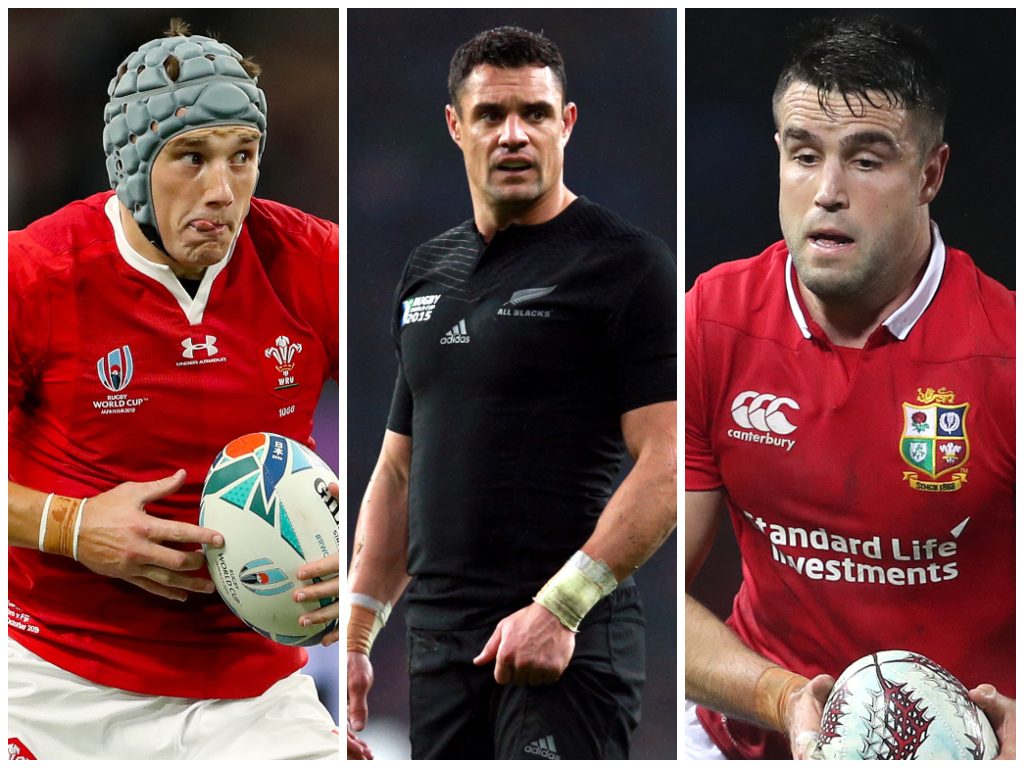 In a decade that saw a hat-trick of wins for the Southern Hemisphere in the Rugby World Cup, two unbeaten British & Irish Lions series, an emergence of the Tier Two nations and absolute domination for those two teams in black, Saracens and New Zealand, Planet Rugby flicks through the programme pages of the last 10 years to name its 2010-19 Team of the Decade.

Before we start, in selecting this side we agreed only to pick players in their primary positions; judgement would be based on entertainment value, on-field contribution, and not one based on off-field antics.

Above all, we used three criteria to select our team; 1) Performance – personal and team, 2) Silverware won, 3) Spirit of Rugby – the players might not be World Cup winners but have put smiles on the faces of many.

We hope you enjoy (and argue about) our selection in the comments section below.

Full-back: An era which saw the retirement of the great All Black Mils Muliaina wasn’t short of suitable successors to the Kiwi centurion.

In third place, we all sit in watching wonderment of the genius of the fragile Scot, Stuart Hogg, and had he been able to stay fit when the big tournaments came, he might have topped our list. Few have the step and acceleration of the lad from Melrose and when fit, few light up the turf as he does.

In second place, one suspects Liam Williams‘ aerial dominance of any stadium he plays in means that the local Air Traffic Control need alerting, such is the jumping agility of the Saracen. Pivotal in the 2017 Lions series, Williams still has his best to come. However, like him or loathe him, the controversial figure of Israel Folau is the only man we felt able to pick. Devastating running into the 12 and 13 channel, a man that creates so many angles you suspect he takes a protractor out onto the field yet also a colossus in defence, our full-back is Israel Folau.

Right wing: Strong recent claims were made by Antony Watson, Kotaro Matsushima and Cheslin Kolbe while the longevity of Chris Ashton must be applauded. However, we were so impressed by the diminutive South Africa speedster we are (appropriately) fast tracking him into third place. His footwork will wow us for years to come and maybe we are harsh not awarding this rugby genius top spot.

In second place, JP Pietersen‘s abrasion and sheer will to win added steel to every touchline he roamed and one could argue he’s one of the most under-rated players of the decade.

But our choice is the quiet, unassuming rapier of a three quarter, Ben Smith. Yes, the prolific All Black might resemble someone who works in the accounts department of a local business, but his numbers speak for themselves and his selflessness creates so much for those around him. Thus, Ben Smith is our right wing.

Outside centre: A position filled with riches, so much so that players like Manu Tuilagi and Samu Kerevi aren’t even mentioned. All Black playmaker Conrad Smith is one of our trio and slides into third place, for his sheer ability to catalyse opportunities for all around him.

However, this position was always going to be fought for by two truly great British & Irish Lions. Brian O’Driscoll has filled more Irish column inches in the last decade than Boris Johnson’s backstop and, as a rugby player, he is a complete one and makes second place, which we are sure will unite Ireland in outrage. However, it’s his winning contributions in Lions series, World Cups and Grand Slam deciders that sees the sublime running skills of Jonathan Davies take our crown. O’Driscoll may be marginally the better all-round rugby player, but Foxy just shades it as a better pure 13. Our outside centre is Jonathan Davies.

Inside centre: Again, it shows the remarkable depth in every position, so much so that the likes of Robbie Henshaw, Wesley Fofana and Jamie Roberts can’t get near our selection. South Africa’s glue for some 12 years was the exquisite Jean de Villiers, a man that makes our third place, a guy that matched bosh with art and was singularly the most important back in their side for all of those 12 seasons.

In second place, the architect of many a win for both the Wallabies and Toulon, Matt Giteau’s abrasion and intellect has gifted the fans of both sides to a feast of high quality decision making. But there’s no doubt of our choice – the man feared by many, a guy with the brute force of a train locomotive but the hands of a concert pianist, our inside centre is Ma’a Nonu.

Left wing: In third place, we opt for the unique Nemani Nadolo as he carved defences to shreds in Super Rugby for the Crusaders before doing similar in France with Montpellier. The Fijian also impressed on the international stage and fully deserves his place on the podium.

Second place goes to the out of favour All Black Julian Savea. 46 tries in 56 Tests speaks volumes for his finishing skill and he fuses power, pace and intellect all in one crackerjack package. It’s a reflection of his threat that Eddie Jones remarked before the World Cup how pleased he was that he wasn’t selected.

However, in the top spot, there’s no argument here. 124 Test matches, 335 Test points and the most feared finisher of all time. The player? None other than the flying left wing, Bryan Habana.

Fly-half: A position filled with riches to choose from, so much so that talents such as Dan Biggar, Owen Farrell and Handre Pollard don’t even make the cut. But in third place, the silky skills of the Irish talisman Johnny Sexton has taken his teams to some of the biggest wins.

Our next two however, well they’ll be debated until the end of time. The master tactician Jonny Wilkinson or the silky assassin, Dan Carter? It would really depend on what style of game you wanted to play and where. Neither would be anything less than brilliant, nothing less than the best, but the entertainer in us leans towards the Kiwi and our fly-half is Dan Carter.

Scrum-half: There’s strong cases to be made for Morgan Parra and Greig Laidlaw but they’ve had their time, whilst totally characterising everything his national side is about, from haka to hand off to hitch kick, is the colourful Wellingtonian TJ Perenara.

It is frightening to think that Faf de Klerk’s best time is yet to come but he’s done enough in the four years he’s been around to claim third place. In second, the sublime passing and decision making of Aaron Smith is at the epicentre of everything New Zealand do and his pass is faster than a bullet.

But the role of the scrum-half is complex these days, with defence, kicking and cover tackling as essential as passing, and it’s his Lions performances that sees Ireland’s Conor Murray take the nine shirt.