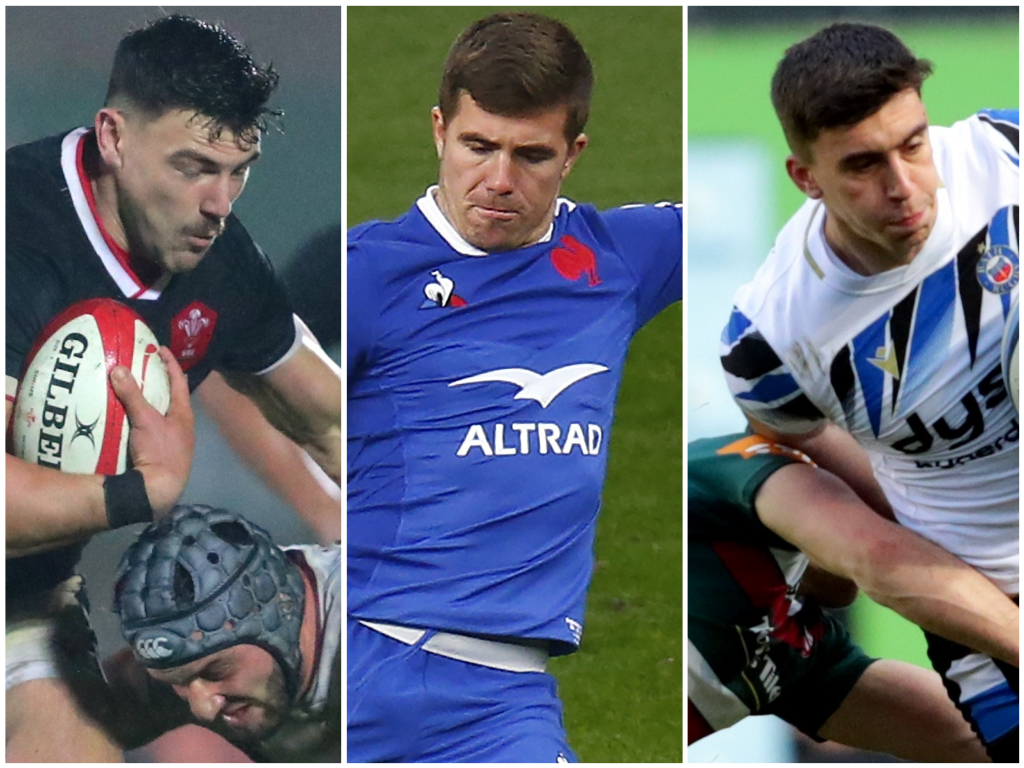 Ahead of the 2021 Six Nations, Planet Rugby takes a look at the players to look out for when the tournament starts on February 6.

Although this could just as easily be Zander Fagerson, who needs a big tournament to clinch a spot on the Lions tour, we’ve gone with Bath’s Redpath.

The centre has opted to play for Scotland rather than England, ending a long tug-of-war between the two nations. Redpath was a star for England’s U20s, and it was no secret he was on Eddie Jones’ radar having been called up to train with the senior side.

The youngster has been one of the bright spots in a disappointing year for Bath, becoming a permanent fixture in the starting XV, and has filled in at both centre spots, scoring two tries in five appearances.

Redpath has also spent time filling in for Rhys Priestland and Josh Matavesi at fly-half, running the game superbly in the process. An international call-up was bound to happen at some stage, with the youngster a highly-rated prospect throughout his teenage years, but England will be irritated to have let this one get away from them.

Garbisi has all the tools to become the outside half Italy have been desperately seeking since the retirement of Diego Dominguez in 2003. Garbisi starred while playing for the Azzurri’s U20 team, and made waves during the Six Nations.

The young fly-half was preferred to Carlo Canna, who was selected at inside centre, and Garbisi showed exactly why there was such faith in him. He scored a delightful try on his debut against Ireland following the competition’s resumption, and featured prominently during the Autumn Nations Cup.

The youngster produced some nice touches and has a strong tactical game despite his tender age. Although Garbisi’s strength is his ball in hand play, he is more than capable of reigning it in if necessary. He could yet follow Matteo Minozzi as Italy’s next breakout star.

If you're going to score a consolation try, better make it as good as this absolute gem from Paolo Garbisi #IREvITA #GuinnessSixNations pic.twitter.com/3VnOGlyEt1

Although the back-row is an area of depth in the England squad, meaning that Willis misses out on initial Six Nations selection, he will surely play some part later on in the tournament.

Willis, known as the breakdown king, finally earned his cap during the Autumn Nations Cup against Georgia and marked the outing with a try. The Wasps man later played against Wales and produced a strong 20-minute cameo.

Competition for the back-row is fierce with Ben Earl, Mark Wilson, Billy Vunipola, Tom Curry and Sam Underhill all ahead of him but, with Willis’ turnover prowess, he should play a part at some point over the next two months.

Since Hadleigh Parkes left to enjoy the riches of rugby in Japan, Wales have looked far and wide to find a partner for Jonathan Davies to dance with in the midfield, and they may just have found that man in Williams.

The 24-year-old looked like a real coup for the Scarlets from the moment he arrived in August. The former Newcastle man had the power and the pace, while he looked equally comfortable running into space or contact.

Williams was one of the few bright spots in a difficult end-of-year series for Wales, shining in difficult conditions on debut against Georgia in the Autumn Nations Cup. He then scored a well-taken charge down try against England in Llanelli.

Williams will be under pressure to retain his role with Nick Tompkins and Owen Watkin firmly in pursuit of the starting 12 jersey, but the former London Irish man has that strong running and playmaking ability that will enable him to star in a Wales team seemingly devoid of creativity.

Although a Lions spot may not be on the cards this time around, we could very well see the best of Williams in this Six Nations campaign.

From scoring for @EnglandRugby in 2019 to scoring against them in 2020.

Johnny Williams scored the first try of the game at Parc y Scarlets and got @WelshRugbyUnion off to a flyer! 🔥 🏴󠁧󠁢󠁷󠁬󠁳󠁿#WALvENG #AutumnNationsCup pic.twitter.com/gyhV3FYbHC

Doris took the Six Nations and Autumn Nations Cup by storm last year, and actually finished fourth with 38 carries, showing his prowess as a ball carrier.

The young Leinsterman has already caught the eye of one of Ireland’s greatest ever players in Brian O’Driscoll, who stated that Doris reminded him of Jamie Heaslip.

O’Driscoll claimed that Doris was already a better ball carrier than Heaslip and that seemingly rings true whenever he plays. The youngster is capable of producing a moment of brilliance at any time due to his exquisite footwork, and brings a relentless work ethic to the table.

The young Irishman has an outside chance of making it to the Lions tour, but will likely need a strong tournament to secure a place in the famous touring team’s squad.

The 21-year-old outside half stood out as a surprise call-up last year, but belied his tender years, cementing his apparent status as Matthieu Jalibert’s back-up in the national team.

Carbonel has already demonstrated an ability to play in pivotal moments, kicking accurately off the tee against England in the Autumn Nations Cup and then producing a 19-point haul as he guided Toulon to victory against rivals Racing 92 in the Top 14 last week.

France have noticed his prowess from the outset, which actually led to Romain Ntamack’s move to inside centre in order to accommodate Carbonel in the World Rugby U20 Championship. After helping Les Bleus retain their U20 Crown in Argentina in 2019, he earned his opportunity at Toulon and hasn’t looked back since.

Although Carbonel will likely play fewer minutes than most on this list, due to Jalibert currently being favoured as France’s starting 10, he displays all the composure, skill and intelligence to impact the game off the bench.