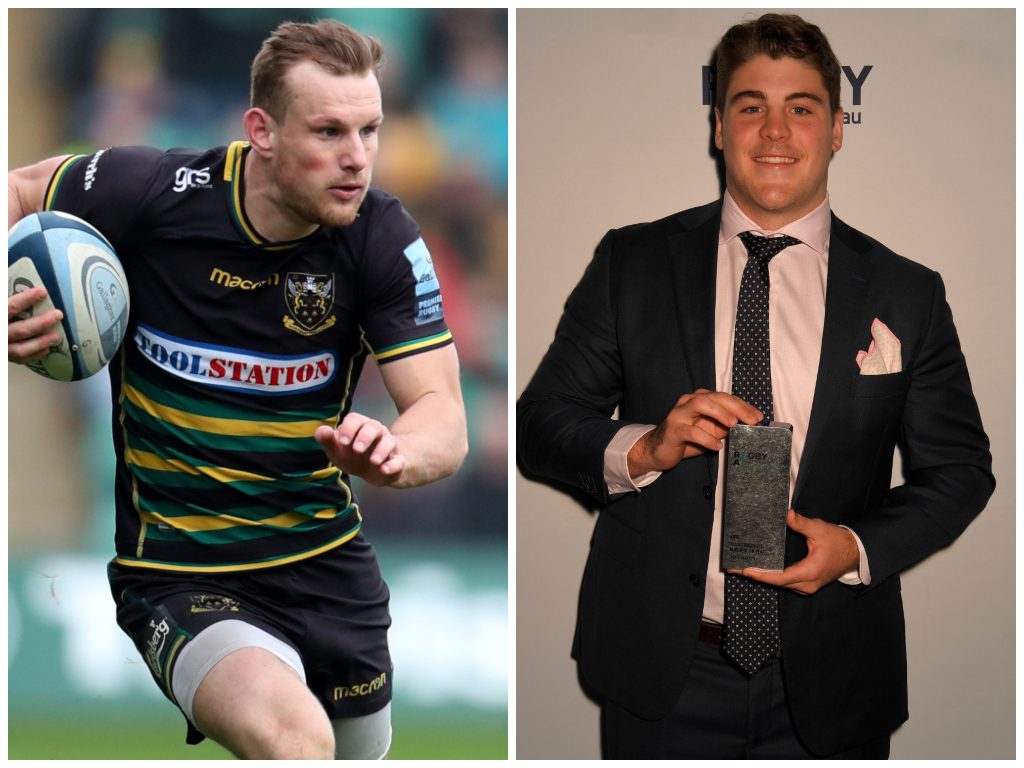 As we move into a new year we thought it was worth looking at 2020 and picking seven players to watch out for in both club and Test rugby.

Among our choices we have a young Australian, a talented Scot, a patient number eight and more, as a year post World Cup opens doors.

Seven players to watch in 2020

Fraser McReight (Reds and Australia): The heir apparent to David Pocock? The flanker and former captain of the Australian U20s side certainly looks a special talent and has been included in the Reds’ squad for the upcoming Super Rugby season. He enjoyed an outstanding campaign at the World Rugby U20 Championship in June, starring as the Aussie youngsters reached the final. Like Pocock, he is very strong over the ball but is perhaps slightly quicker over the ground and a better link player. With the Wallabies legend retiring, a place has opened up and it won’t be a surprise should McReight be named in the international squad if the 20-year-old impresses at franchise level.

Rory Hutchinson (Northampton Saints and Scotland): The Saints centre has enjoyed a stellar year and featured in our Newbies of the Year, but we think that Hutchinson could go up another level in 2020. After a disappointing Rugby World Cup in Japan, Scotland head coach Gregor Townsend is looking for players to alter their fortunes and this youngster should be that man. Although he was left out of the squad for the global tournament, we would be hugely surprised should Townsend make that mistake again for the upcoming Six Nations. Hutchinson has all the qualities to make it at the very top level and we’re excited to see how he goes over the forthcoming year.

😇 Rory Hutchinson (23) would NOT be stopped.pic.twitter.com/drg7y3imC0

Ngani Laumape (Hurricanes and New Zealand): After missing out on selection for the Rugby World Cup, Laumape will not lack any motivation to do well for the Hurricanes this year. The 26-year-old’s omission from the All Blacks squad at the global showpiece in Japan raised eyebrows, with the three-time world champions’ coach, Steve Hansen, instead opting to pick Anton Lienert-Brown, Sonny Bill Williams, Ryan Crotty and Jack Goodhue as his four centres. A destructive carrier, who enjoys the physical aspect of the game, Laumape’s direct approach is sure to test opposition defences during Super Rugby where he’s been amongst the leading attackers for several seasons now. With veteran duo Williams and Crotty no longer plying their trade in New Zealand, Laumape is surely set to force his way into Ian Foster’s team at Test level.

💥 Happy birthday to All Blacks mid-fielder Ngani Laumape! What better way to celebrate than re-living this try against France last year. 🎂🎉 pic.twitter.com/CoBhDm2nlB

Joe Marchant (Blues, Harlequins and England): It is a rare occurrence to see a European-based player ply his trade in Super Rugby, but the Quins back is set to give it a go. Freddie Michalak and Andy Goode both played for the Sharks while James Haskell featured for the Highlanders, but Marchant is the youngest of that quartet to head south. The 23-year-old joins the Blues for 2020 and the exciting back could provide a real spark for the previously under-performing New Zealanders. Although he has ruled himself out of England contention for the Six Nations, an excellent season could tempt Eddie Jones to pick him later in the year. It is worth keeping an eye on his progress.

Akira Ioane (Blues and New Zealand): With the departure of All Black veteran Kieran Read to Japan coinciding with him calling it a day in the international game, it feels like it’s now or never for Ioane to make the next step. He’s shown plenty of promise over the years but New Zealand has opted for more disciplined players in terms of playing style, with Luke Whitelock the number eight preferred as the back-up when required. Later on Ardie Savea was able to cover this position but, with Read now gone and Jordan Taufua also heading overseas, the back-row door is most definitely flung open for Ioane. Playing in a much stronger Blues team this season, he should flourish and surely new All Blacks coach Foster is going to pick the 24-year-old in his group. However, Whetu Douglas could have something to say about it.

🔥 With the #SuperRugby season in the record books, it's time to look at the best moments from each of our five New Zealand teams. First up, @BluesRugbyTeam! 🔵🔵 pic.twitter.com/5z15ckAJ6F

Joey Carbery (Munster and Ireland): There is a serious battle on for the Ireland number 10 jersey as surely Johnny Sexton is not going to be around for the 2023 Rugby World Cup. Aged 34, Sexton has struggled with injuries of late and is ruled out of the first two Six Nations games, with head coach Andy Farrell looking for new blood in the upcoming 12 months. Already he has made a big call in leaving Jack Carty out of his squad, instead opting for Sexton, Ross Byrne, Billy Burns and Carbery, with all three understudies to Sexton looking real threats this year. Carbery though seems to have had his nose in front in recent seasons and if he impresses for Munster, chances will come in green.

You don't know what he's going to do next!

Joey Carbery starts at 10 today for @IrishRugby as the 2018 Champions take on Italy in Dublin. #IREvITA pic.twitter.com/Rho5ZPaMjR

Curwin Bosch (Sharks and South Africa): With Robert du Preez no longer the Sharks’ head coach, 2020 should be a watershed season for Bosch as he is expected to be the starting fly-half for the Durban-based outfit during the upcoming Super Rugby campaign. Du Preez had previously used the 22-year-old mostly at full-back while his son, Robert Junior, called the shots from the pivot spot with limited success. However, it’s no secret that fly-half is Bosch’s favourite position and new Sharks head coach Sean Everitt has already said Bosch will wear his team’s number 10 shirt when he’s fit to do so. Blessed with plenty of pace, excellent distribution skills, a booming boot and an astute rugby brain, the two-Test Springbok will be delighted to hear that and keen to repay the faith shown in him by Everitt in the coming season.