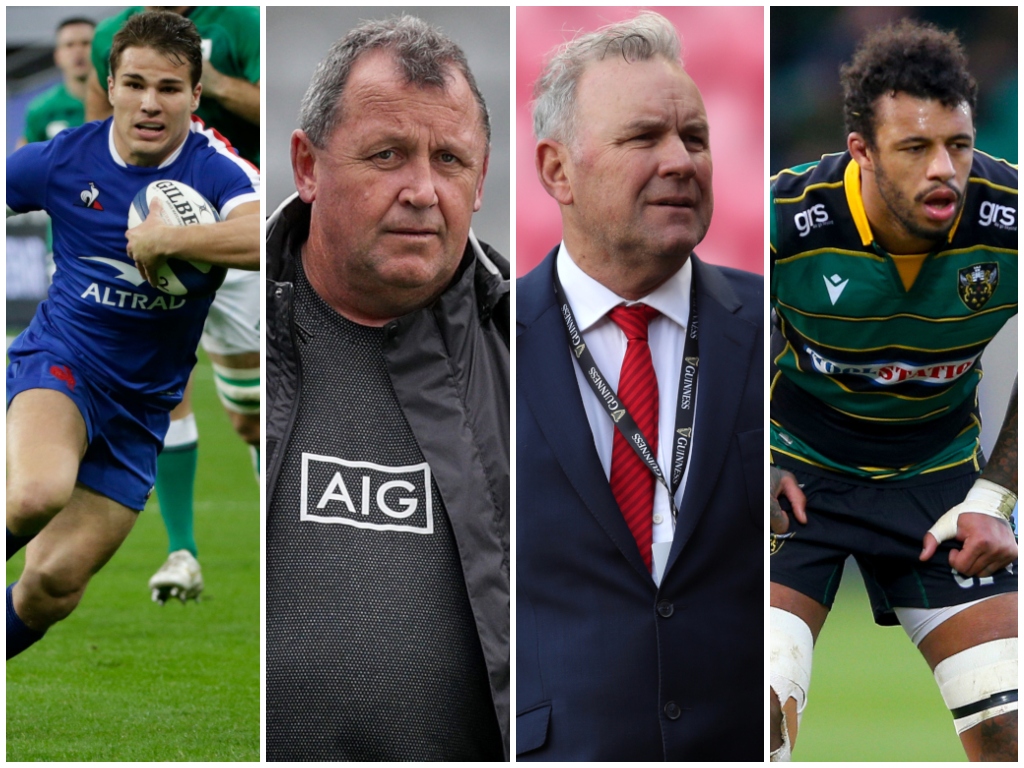 As we are now in 2021, we have put our head on the block to bring you seven bold predictions that could happen in the upcoming 12 months.

The clue is in the title, so to speak, as while these calls are not nailed on they could well become reality by the time the year is out.

France to end the year at number one

Since the appointment of Fabien Galthie as head coach, the French have made outstanding strides, ending 2020 as the fourth best team in the world. They finished in second in the Six Nations and impressed in the Autumn Nations Cup, with a severely weakened team only narrowly succumbing to England in the final.

There is now an abundance of talent within the country and they have the right coaching staff to get the best out of those players. Although Les Bleus’ schedule for the 2021 Six Nations is tough – away games against Ireland and the Red Rose are notable fixtures – there is no reason why they can’t claim a Grand Slam and then remain unbeaten for the rest of the year.

Ian Foster to be replaced as All Blacks head coach

The former Chiefs boss only signed a two-year deal following the departure of Steve Hansen and he has hardly made the most auspicious of starts to life in the New Zealand hotseat. Despite a record victory over Australia, they lost to the Wallabies a week later and made unwanted history against Argentina as Los Pumas defeated the All Blacks for the first time.

Foster was not a popular appointment and the mood has hardly improved among supporters after their underwhelming 2020. They did manage to recover to win the Tri Nations but another subpar year will surely see someone else taking charge, with the Crusaders’ Scott Robertson the favourite.

Two times the NZRU have passed over a Crusaders coach with multiple Super Rugby titles in favour of someone from Waikato.

Scott Robertson has 5 titles as a player and a coach.
Ian Foster has none.

For the third time the Parisians were left disappointed in a Champions Cup showpiece event, succumbing 31-27 to Exeter Chiefs, despite doing most of the running in the final hour. They were left to rue an awful start and a series of needless mistakes which cost them the chance of becoming the best in Europe.

Although those frustrations could have extended into the 2020/21 campaign, Racing have begun with successive bonus-point victories. Connacht did cause them problems before the French outfit edged to a 26-22 triumph, but they found their best a week later by overwhelming Harlequins 49-7.

After overcoming Clermont Auvergne away from home in the Top 14 recently, Racing once again look one of the best sides on the continent and those negative experiences in recent finals could actually serve them well this season.

They won games against Italy in the opening round of the Six Nations and against Georgia in the Autumn Nations Cup, but Wales’ failure to progress after claiming a Grand Slam in 2019 and reaching a World Cup semi-final has seen pressure mount on Pivac.

The New Zealander, who built a reputation as a head coach willing to play attractive and expansive rugby, has been a shell of his former self, something which is confusing given his deep knowledge of Welsh rugby, and the fact he coached many of the players during his time in Llanelli. Pivac has struggled to implement his style of play throughout his tenure as Wales boss and, with the Six Nations just weeks away, it appears unlikely that fortunes will change significantly.

While we back Robertson to take charge of the national team, we reckon his dominant Crusaders side could well be usurped domestically. The Blues have long been the great underachievers in New Zealand but they were impressive in 2020, finishing second to the Christchurch outfit in Super Rugby Aotearoa.

Leon MacDonald’s men are building excellently and look even stronger in 2021 following some superb additions, especially up front. Nepo Laulala, arguably the country’s best scrummaging tighthead, has signed to bolster a sometimes ailing front-row, while Dillon Hunt is an astute addition in the back-row.

Behind the scrum, they will be without star playmaker Beauden Barrett, but the Blues hardly lack for talented fly-halves, with Otere Black, Stephen Perofeta and Harry Plummer all on the roster. Also watch out for youngster Jacob Ratumaitavuki-Kneepkens, who looks a real talent after starring in the Mitre 10 Cup.

Northampton Saints to finish bottom but get a reprieve

Since the Premiership restarted in August, Northampton Saints have arguably been the worst team in the competition. The Saints were facing 13 successive defeats in all competitions until they overcame Worcester Warriors at Franklin’s Gardens on Boxing Day. A second ‘win’ of the season followed against London Irish but that was down to the Exiles being forced to forfeit the encounter after a number of Covid-19 cases.

While Northampton have plenty of talent behind the scrum, there has been a distinct lack of bite up front, especially when their stars, Courtney Lawes and Teimana Harrison, have been injured. Although Worcester and Irish perhaps have the weakest squads on paper of those in the lower reaches of the league, confidence is low at the Saints and finishing bottom is a possibility.

However, they could well be reprieved due to the current financial uncertainty. There is plenty of talk of ring-fencing to safeguard rugby having seen the sport left vulnerable due to the lack of revenue generated from gate receipts. Teams are already in a perilous situation and it would make sense to abolish relegation this year, then bringing Saracens up and create a 13-team Premiership. In addition, it would be hard for the competition to relegate a team if the coronavirus means they have to forfeit a significant amount of games.

Sevens the sport to particularly suffer in age of coronavirus

In an Olympic year, Sevens should very much be coming into its own but we are struggling to see how a World Rugby Sevens Series can safely go ahead. With teams coming together from around the globe, it is a significant challenge for organisers, who are are still pondering how to arrange this year’s competition.

They should already be in the midst of the 2020/21 tournament, but unsurprisingly nothing has been confirmed due to the surging cases of coronavirus. Formula 1 did an excellent job with their season but you rather feel rugby doesn’t quite have the financial muscle to repeat what they achieved.

There will be a repêchage in Monaco to determine who will be the final qualifiers for Tokyo and no doubt other events will be pencilled in, but logistically we can’t see how any form of international Sevens – apart from the Olympics – will take place.