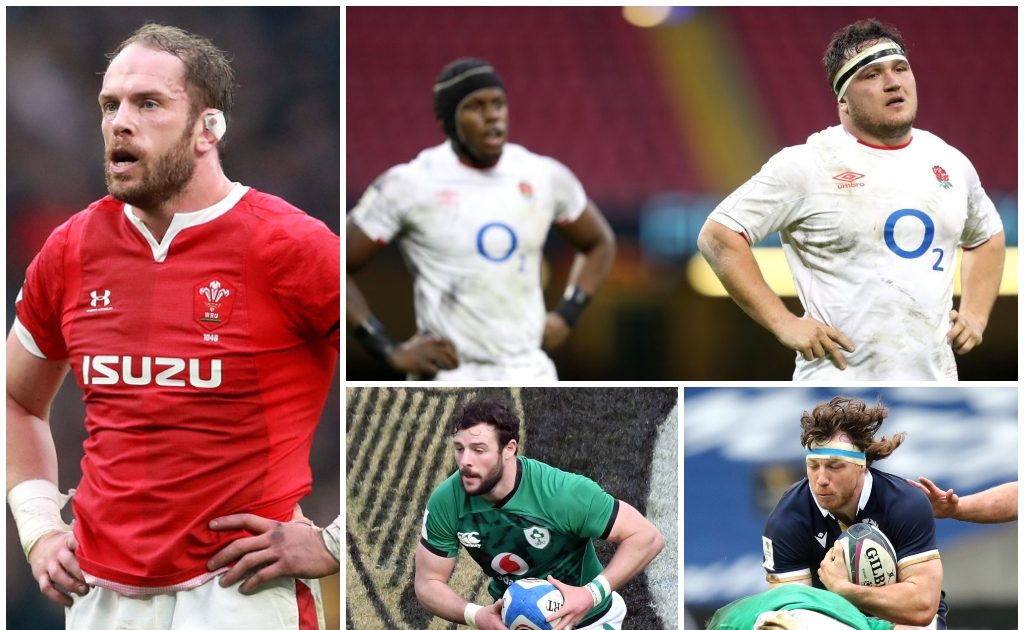 With only a matter of days before the 2021 British and Irish Lions squad is named, Planet Rugby picks its final 36-man squad and looks at the potential make-up of the team and leadership.

Features writer James While goes through the group that we settled on to head to South Africa so read through it and make sure to give us your thoughts below.

It seems strange that, over the last couple of years, the ‘virtual’ Lions captaincy appears to have changed hands more times that the English cricket captaincy in the 1980s.

Two years ago, Owen Farrell was odds on, but his personal form and perceived indiscipline has meant that as things stand, he’ll be happy just to get his tour place confirmed. A year ago, Maro Itoje was the main man, but again, a dip in form together with a really poor Six Nations by his standards, has meant that’s now unlikely.

With the trip likely to be very stressful in terms of bubbles, time in isolation and so on, coupled with the enormous challenge of touring rugby’s most physical country, it’s absolutely essential that the Lions are led by a man that commands universal respect, has a peerless track record as a leader and, importantly, someone that understands the Lions culture inside out.

Based on those criteria, there is only one possible candidate and it’s absolutely certain that Alun Wyn Jones will be named as the British and Irish Lions as he embarks on his fourth Lions tour.

With Stuart Hogg, Liam Williams and Anthony Watson assured of a place on tour, Josh Adams’ try-scoring record in this year’s Six Nations is sure to see him also selected. Louis Rees-Zammit offers the Lions something very special in terms of size and pace, leaving only one more space on the plane, which will be hotly contested between Jonny May and Duhan van der Merwe. Despite the latter’s power and knowledge of the local conditions, May should have just enough credit in the bank and we believe he will tour.

One of the harder positions for selection, with only Robbie Henshaw and Owen Farrell assured of places, the latter also making up the third fly-half. George North would have been a certainty if fit, but now it seems certain that his team-mate Jonathan Davies will make his third Lions trip. Manu Tuilagi would also be a shoo-in if fit, but he’s not picked up a rugby ball properly for some six months, so we believe Warren Gatland will name him as the ’37th’ player, subject to proving his fitness. That leaves a spot for the classy Englishman, Henry Slade, and he appears sure to be joined by Garry Ringrose ahead of Cameron Redpath to make up our five.

With Owen Farrell able to cover 10 with ease, we believe the Lions will take two more pivots, perming three from Finn Russell, Dan Biggar and Johnny Sexton. Biggar, a favourite of Gatland, is in cracking form and plays to plan, and it’s certain he will go. That leaves almost a toss of a coin between the veteran Sexton or the impish genius of Russell. On a tour where points will be at a premium and where a spark of attacking genius might just prove the difference, we believe that the last place will go to the Scot, leaving the injury-troubled Sexton at home, where he and Harlequins’ uncapped Marcus Smith will offer cover if injury occurs.

Conor Murray is still top of the shop when it comes to international experience and an all-court game and it’s certain he will make his third trip in red. Wales’ Gareth Davies will add pace from the base, leaving one spot up for grabs. Ben Youngs has ruled himself out of selection and, despite an excellent Six Nations, we believe that Scotland’s Ali Price will lose out to our first bolter pick, the in-form England discard, Danny Care, who has been exceptional in the Premiership this season.

As we build up to Lions squad announcement on 6 May, here are the key timings for the day.

Head to our website and Official App over the coming days for more build-up.#LionsRugby

What appeared to be a position of strength a year ago looks a tad threadbare a month out from the tour. Rory Sutherland has been the standout this season and will tour. However, at backup, Mako Vunipola has been a shadow of his former self for a year or so now, whilst question marks remain over Wyn Jones as a scrummaging force. We believe Ellis Genge has now done enough to leapfrog Vunipola to gain the second spot and, subject to availability, Gatland will go for the best scrummager in Britain to join him – the effervescent Joe Marler (with Wyn Jones ready to step in in case of injury or unavailability).

The easiest position of all to pick, with three world-class candidates. Englishmen Jamie George and Luke Cowan-Dickie will be joined by one of rugby’s biggest characters, Ken Owens, to make a formidable trio of teak, with one of Stuart McInally (who may well have gained initial selection if he’d have played in the Six Nations this season) or George Turner ready to step in should injury strike.

It’s a done deal that the dynamic duo of Tadhg Furlong and Kyle Sinckler will be going, both offering an astonishing array of handling and mobility in the loose to augment their solid presence in the loose. The third man is a tough one; Andrew Porter, Zander Fagerson and Tomas Francis all have strong claims, but South Africa is the land of the scrummage and on that basis, Fagerson offers the most solid presence in the tight and gets our final place.

With Alun Wyn Jones nailed on as skipper and Maro Itoje likely to be both his Test partner and vice-captain, Tadhg Beirne has done enough this year to ensure a place as the ‘utility’ forward covering both blindside and lock. Jonny Gray has been in compelling form for both Scotland and Exeter Chiefs, and those four will be joined by one of the Irish pairing of James Ryan and Iain Henderson. Ryan has been struggling this season to get momentum in his loose play and on that basis, we believe the last spot will go to the Ulsterman Henderson, to offer dog and bite to the Lions forward efforts.

The Test back-row is likely to be Taulupe Faletau, Tom Curry and Justin Tipuric, leaving three more places up for grabs. A balance of skill is required in one of the key units for the Lions and we consider that Hamish Watson has done more than enough to claim a spot. Eight remains an issue for the Lions and that means Sam Simmonds is odd-on to provide pace and fire from the base. The last spot is an interesting one, and with a lot of pace already selected, Gatland will be looking for a bigger unit as his last pick – permed from one of Courtney Lawes, CJ Stander, Jamie Ritchie and Josh Navidi. With the lineout a perennial issue against South Africa and physicality an important focus for the tour, we believe that CJ Stander has just done enough to gain that last place in the country of his birth, also offering the ability to cover eight if required.