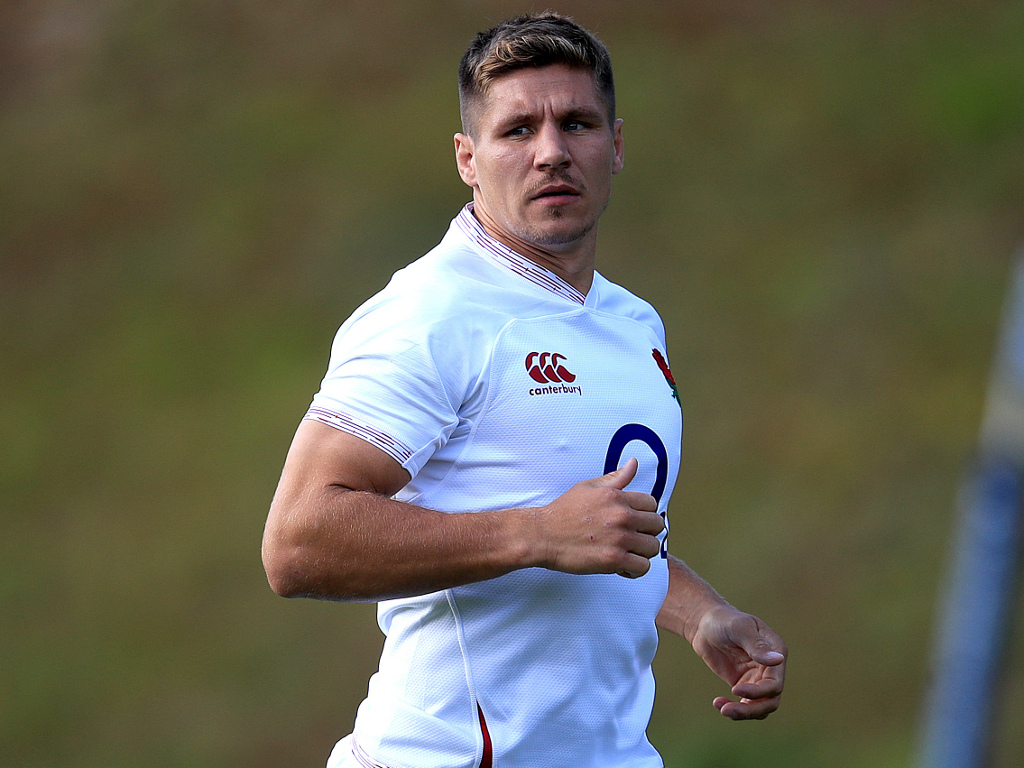 Northampton Saints centre Piers Francis will not join up with the England squad this week after testing positive for coronavirus, the Rugby Football Union (RFU) has announced.

Francis played for Northampton in their game against Sale Sharks, who have since recorded 19 positive Covid-19 cases, a week ago.

“Piers Francis will not be part of this week’s England camp because of a positive screening test for Covid-19,” a RFU statement read.

“Francis is following relevant isolation protocols at home in line with PHE-agreed guidelines.”

No guarantee from Eddie Jones

Meanwhile, England head coach Eddie Jones has refused to guarantee that his players will not breach coronavirus protocols across a busy Autumn schedule.

Jones has addressed his squad on the rules of England’s bubble, where the players will not be allowed out at night to avoid communal infection.

A 28-man squad convened on Tuesday for a three-day training camp, with England facing the Barbarians in the non-cap international on October 25.

The delayed Six Nations and Autumn Nations Cup will then follow across a hectic fixture run, with boss Jones expecting bubble life to prove a challenge.

“The main thing for us is that we understand the responsibility that we have got,” said Jones.

“We are the England national rugby team. We have been given the opportunity to play rugby in quite difficult situations. Our responsibility is to make sure that we put a smile on people’s faces.

“I anticipate that every player coming in will be committed to that. But like every other young man around the world at the moment, they have discipline issues.

“We want to minimise those discipline issues but I can’t guarantee that they won’t happen. We will certainly be striving to be a very disciplined team.

“We have broken the campaign down into blocks so the first block is until the end of Italy and until then we have to keep as isolated as we can, making sure that we don’t increase the risk of any communal infection.

1⃣2⃣ uncapped players in England's squad for a three-day camp.

See who head coach Eddie Jones has picked in his group of 2⃣8⃣. https://t.co/Nib8LoGBDA

Jones revealed England have examined the approaches to bubble life of other sports across the globe, in a bid to provide the best set-up.

“We have to reduce the chances of communal infection which means that we don’t have any contact with the community,” he explained. “By default, that means we will be staying in the Lensbury.

“We’ve looked at various teams around the world to see how they’ve handled it. There has been a consistency in what you have to do and that is you have to communicate well from the top down and from the bottom up.

“You have to have agreement about life in the bubble because it’s the first time we’ve had the players with us.

“And we have to have a smile on our faces and get on with it. We should be so grateful for this opportunity.

“I’ve got a smile on my face because I’m so excited to be coaching England again. I expect the players to have a smile on their faces when they come in.

“They will understand their responsibilities but as young men, we all make mistakes. When you are in your twenties and thirties, sometimes you make mistakes.

“We have seen coaches of 75 make mistakes in the NRL, so none of us are exempt from it. It’s going to be a constant driver to be as good as we can be in that area.

“The big thing is that the players make their own enjoyment. Togetherness is about the players driving it, the senior players particularly.

“We’ve tried to make the environment as friendly as we can but it’s a balance between hard work and enjoyment.

“The task is always to get that right. The staff have done a fantastic job setting up the Lensbury. I think we’re well equipped to handle what’s ahead of us.”