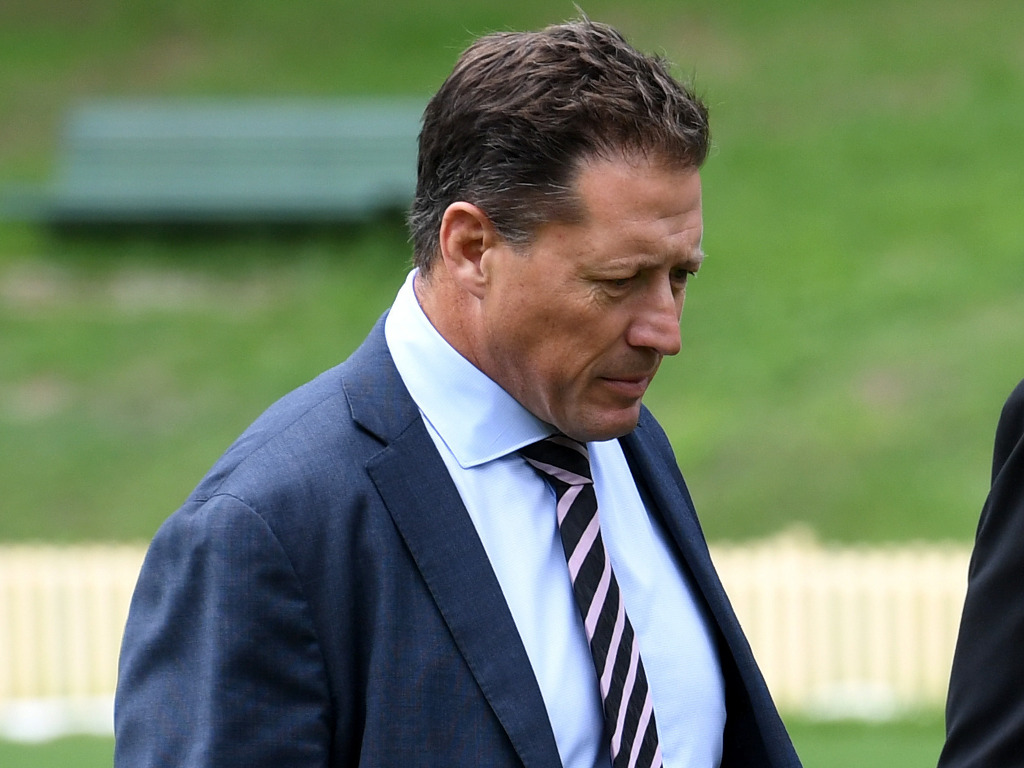 Former Wallabies hooker and captain Phil Kearns has been appointed as the man to lead Rugby Australia’s bid for the 2027 Rugby World Cup.

Kearns was named executive director of the bid, acting as a link between the previously announced World Cup bid advisory board and the World Rugby member unions as the organisation pushes forward with its plans for a bid.

Kearns, who won two World Cups as a player and has gone onto have a successful corporate career with roles as CEO, managing director and as a director of a number of organisations.

McLennan said Kearns would play a vital role in Australia’s work in putting together the 2027 bid.

“Phil has an impeccable international reputation both in the corporate sector and with his network of contacts throughout the rugby world,” he told Rugby Australia’s official website.

“Phil will be front and centre of Rugby World Cup bid team and will lead our international relations to put Rugby Australia in the strongest possible position to win the right to host the 2027 showpiece.

“As part of his role, Phil will spend time overseas to be a key contact with the World Rugby Member Unions, to showcase our bid and to highlight why we would be a tremendous host in 2027.”

Eddington said Kearns’ experience in the game would be “instrumental” for the bid.

“I’m really pleased to welcome Phil to the bid team and know his experience will prove invaluable as we prepare over the coming months,” he said.

“Phil has proven himself to be a high profile rugby leader and, coupled with his history in the game, will be instrumental for Rugby Australia’s bid.”

Kearns is looking forward to the opportunity to help the organisation win the rights to host the tournament.

“I’m very proud to accept the role and want to thank Hamish and Sir Rod for their consideration as we prepare our bid to host the Rugby World Cup in Australia in 2027,” he said.

“I know what it takes to win a World Cup on the field in Wallaby gold and now I’m enormously excited to put in the work to win the right to host a World Cup here in Australia.

“The World Cup in 2027 would be transformational for the game in this country. The financial windfall it would bring would spark the Australian economy as we rebuild from the impact of COVID-19 and then gives us the opportunity to invest back into the grassroots of the game.”

✍️ Loose Pass on the Strange call in Hamilton and much more. 👇 https://t.co/QG7dJ8pQ8B

The 53-year-old said he felt he could bring expertise to this newly-created role.

“Over the least eight years, I’ve run two different organisations – one in the insurance world and one in the fin planning world. Before that I was in the investment banking world and started a business unit within Investec bank, a great sponsor of the game around the world,” explained Kearns.

“So, the key to the success of those roles has been around building a team and getting a team working together so to be able to build a World Cup team in Australian rugby and also combine the knowledge of that board, I think that’s a really important skill in trying to get this done.

“The other thing I hopefully bring is a wide array of contacts that can help us along that journey.”

Australia is currently the front runner to host the 2027 World Cup but no other nations have officially announced plans to bid aside from Russia.

The USA has also been considered a contender while Kearns also said on Wednesday that the UK could be contemplating a bid as well.

While World Rugby has not formally announced an amended timeline for the bid process, it is expected the formal applications will open in February 2021 and the host will be announced in May 2022.

Kearns has also previously been linked to the Rugby Australia CEO position, going deep into the appointment process before Raelene Castle took over the role in 2017.

He has all but ruled out taking over that job, however, after being appointed to lead his country’s 2027 World Cup bid.

🗣️ "Agreement and approval of this schedule is exciting for players and fans and an important step in supporting our unions."

Asked what this new appointment meant for his aspirations, Kearns was frank.

“I think this will put paid to that aspiration,” he said.

“I think there’s a couple of really big roles in Australian rugby at the moment, this is certainly one of them.

“I guess one of the things that swayed me is just the importance of this in terms of the future financial health of our game.

“If you look at the numbers the last few World Cups, in Japan generated 7.5 million worth of economic value for Japan and when we’ll be coming out of doubts and COVID, this could be a very critical boost to our economy right around the country. So, I think that’s important from that perspective but also from a junior rugby perspective I think it’s critical to have our game underpinned with a great financial future.

“That was really the critical piece to me, the importance of it.”

Current interim CEO Rob Clarke is set to finish in his role in December and the search is underway for a long-term replacement.

Kearns said he hoped the next CEO would be someone “steeped in rugby” and preferably Australian.

“A person that is steeped in rugby,” he added.

“It doesn’t need to be a Wallaby by any stretch of the imagination, but it needs to be someone that has played the game for a long time that knows – we all know, you write about it every day, the politics involved in he game so you need to know who the parties are and how to get things done.

“It’s those places that keep our game alive and to have someone that can engage with those people is really important. So, someone that’s steeped in rugby, I think is the critical part of it. Preferably, an Australian, we’ve all talked about how we’ve had some kiwis in the past but it’d be great to have an Australian in there and great to have someone steeped in that rugby background.”