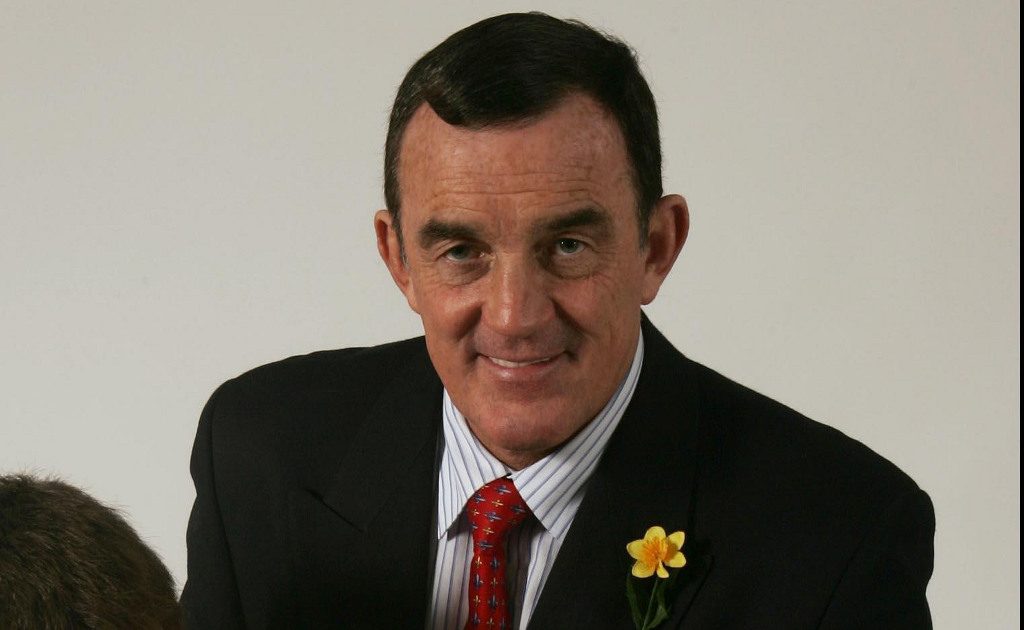 Former Wales and British and Irish Lions fly-half Phil Bennett has passed away aged 73, his former club Scarlets have announced.

He made 413 appearances for Llanelli RFC since making his senior debut at the age of 18 and played his last game for the club in 1981.

Bennett, who was fondly know as ‘Benny’, also captained Llanelli for six years during a 15-year stint at the club.

Widely regarded as one of the best ever players to represent Wales in the international arena, Bennett played in 29 Tests for his country between 1969 and 1978 and won two Five Nations Grand Slams and two Triple Crowns.

The Scarlets paid tribute to Bennett on their official website with a statement which said: “A player with stardust in his boots, he possessed a sidestep that would mesmerise defenders — his jinking run to spark ‘the greatest try ever scored’ for the Barbarians against New Zealand in Cardiff in 1973 will live long in rugby folklore.”

The statement went on to quote Bennett’s former club captain and Wales and Lions team-mate Delme Thomas, who said: “He was the best fly-half I have ever seen on a rugby field.”

Scarlets executive chairman Simon Muderack added: “As a club, region and community, we are devastated by this news.”

The statement also quoted Bennett’s ex-club captain and Wales and Lions team-mate Delme Thomas, who said: “He was the best fly-half I have ever seen on a rugby field.”

Meanwhile, Scarlets executive chairman Simon Muderack added: “As a club, region and community, we are devastated by this news.”

Looking back on the important role which Bennett played during Llanelli’s dominance of the Welsh club rugby scene, including four Welsh Cup victories in the 1970s, Muderack said: “Wherever the Scarlets travel around the world, people mention the name Phil Bennett.

“He was an icon of our sport, a rugby superstar, but someone who always remembered his roots. There was no finer ambassador of Scarlets Rugby than Phil, a player respected across the rugby world, both during his career and long after he finished playing.

“Phil was a hero and friend to so many people, not only in Llanelli and West Wales, but throughout the game and I am sure a lot of Scarlets supporters will have their own particular stories of the times they met and chatted to ‘Benny’.

“He loved the club and epitomised the values we hold true — humility and pride in our community.

“On behalf of everyone at the Scarlets, we send our heartfelt condolences to Pat, Steven, James and all of Phil’s family and friends at this incredibly sad time.”

Bennett was referred to as a “legend” and a “true gentleman” by the Welsh Rugby Union.

It said on Twitter: “Such sad news from Llanelli this evening with the passing of Phil Bennett, a Welsh rugby legend in every sense and true gentleman. Our deepest condolences to Phil’s wife Pat, their family and his many, many friends. Rest in peace Benny.”

Bennett made his first Lions appearance in 1974 when the famous touring visited South Africa and he was one of the key players in what was regarded as the greatest rugby tour in history.

The Lions won 21 of their 22 games and claimed a 3-0 Test series victory against the Springboks, with the final game drawn, and the squad became known as ‘The Invincibles’, with Bennett finishing the tour with 103 points which was the most by any of the tourists.

Three years later, he captained the Lions on their tour to New Zealand and although the All Blacks won that series 3-1, Bennett again top-scored with 125 points.

Paying tribute to Bennett on their official website, the Lions said: “The fly-half is widely recognised as one of the all-time greats of the game and dazzled in both the red of Wales and red of The British & Irish Lions at the height of his career in the 1970s.”