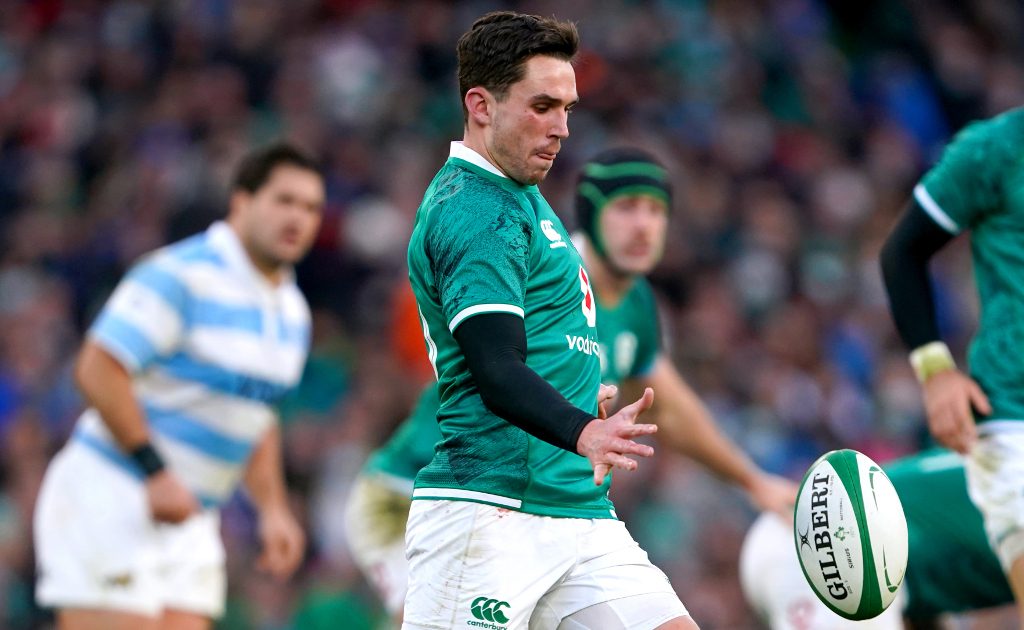 Flanker O’Mahony, who took on the captaincy after James Ryan was forced off with a head knock just before the break, backed Munster team-mate Carbery to continue improving.

“He had a rough 18-month period and he’s an incredible professional. He kept his head down, stuck at it, and he’s gathered momentum now that he didn’t have for a long time just by putting games back-to-back.

“He’s been around the environments and not just rehabbing. Once you’re back in the squad, it’s different.

“It’s tough when you’re rehabbing, I’ve been there and it’s a tough old period but he’s come back and he’s added to the environment, added to the enjoyment, preparation and performance side of things.

“He’s driving that on and he’s growing in experience, which is important for him. He’s only young, so he’s getting there.”

O’Mahony only started the seven-try success at the Aviva Stadium following a late reshuffle caused by Iain Henderson suffering a hamstring issue in the warm-up after Jack Conan earlier withdrew due to a quad problem.

He and Tadhg Beirne were added to a pack which was initially due to be unchanged following the 29-20 success over the All Blacks, while Ryan Baird and Nick Timoney called in to provide cover on the bench.

After a slow start saw Argentina edge in front through Mateo Carreras’s converted try, Andy Farrell’s hosts grew into the game and ground out a resounding triumph to stretch their winning streak to eight games.

Head coach Farrell was pleased with his side’s response to the disruption as they build towards the 2022 Six Nations.

“The scoreline was obviously very flattering for us,” he said.

“I don’t know whether the first-half was so dominant but the most pleasing thing is that we grew as a group.

“Some more lads got some well-deserved game time after the controversy (selection issues) that we had to deal with throughout the morning and we dealt with that pretty well.

“The most pleasing part is the cohesion we showed as a group.”

Wasteful Argentina have history of upsetting Ireland following three shock wins at World Cups but faded fast as their record of never having won in the Irish capital continued.

Lock Tomas Lavanini was dismissed 20 minutes from time for a dangerous challenge on Irish replacement Baird, just after Pablo Matera returned from a yellow card for a deliberate knock-on.

The visitors’ hopes of avoiding an eighth defeat of a challenging calendar year were not helped by a bizarre spell of first-half profligacy during which Emiliano Boffelli somehow squandered two simple penalties and Carreras was denied a certain second score by an unexpected fumble.

“Obviously the last 20 minutes it’s difficult to analyse everything when you are coming from a yellow card and then a red card,” he said.

“I thought there was a big moment in the first half where we missed six points under the posts and then obviously a big opportunity when we could have scored and come back.

“I think France and Ireland were the best teams of the international window.

“The level they showed against the All Blacks and how they dominated them throughout the 80 minutes was quite impressive.

“I would say they’re a hugely-improved team from a couple of years back.”