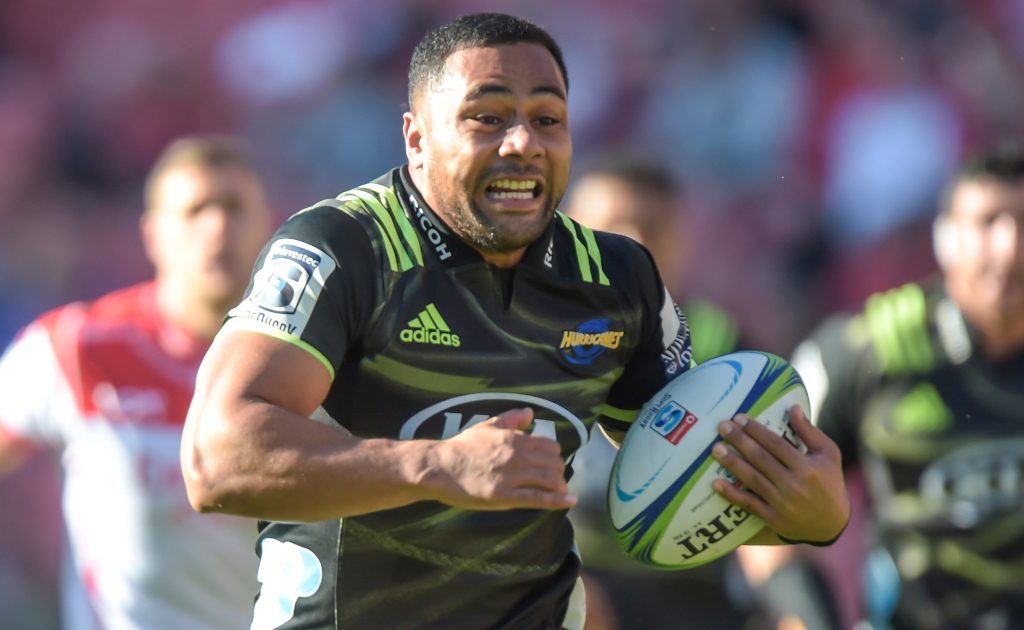 Departing Hurricanes and All Blacks inside centre Ngani Laumape has revealed that his decision to leave for France was made easy by New Zealand Rugby (NZR) offering him a pay cut.

He is set to play in his last match for the Hurricanes on Friday, in their Super Rugby Trans-Tasman encounter against the Reds in Wellington, before joining Stade Francais in the Top 14.

Not thinking about returning to New Zealand

Laumape didn’t hold back when discussing his imminent departure and said he is not thinking about a return to New Zealand when his three-year contract in Paris comes to an end.

“[The decision to leave] wasn’t hard when I was offered a contract [by NZ Rugby] that was asking me to take less income,” he told TVNZ.

“Once that came into perspective I had to make the best decision for me and my family and my kids.”

The 28-year-old admitted that he was surprised when NZR didn’t at least match his current salary.

“I think I offer something in the midfield that no other midfielder can offer in New Zealand.

“At the end of the day it’s a business – they did what they had to do and I have to do what’s best for me and my family and my kids.

“There’s no hard feelings. I understand it is what it is.”

Since joining the Hurricanes from rugby league in 2016, Laumape has struggled to win a permanent spot with the All Blacks and he has made just 15 Test appearances since making his international debut in 2017.

His battle to cement his Test spot came to a head in 2019 when he missed out on selection to the All Blacks’ Rugby World Cup squad despite consistent performances for the Hurricanes over several seasons.

Laumape said he hasn’t thought much about his long-term future.

“I’m not going to think about coming back,” he added. “I’m going there and all I’m thinking is to finish my career overseas and enjoy what it has to offer for me and my family and my kids.

“I just want to be happy again playing footy. The last couple of years I’ve always loved being in the Hurricanes environment and I’ve always thrived here.

“It’s about going there and having fun. I don’t have to worry about outside noise — just playing good for the club and hopefully my kids can cherish the moment.”