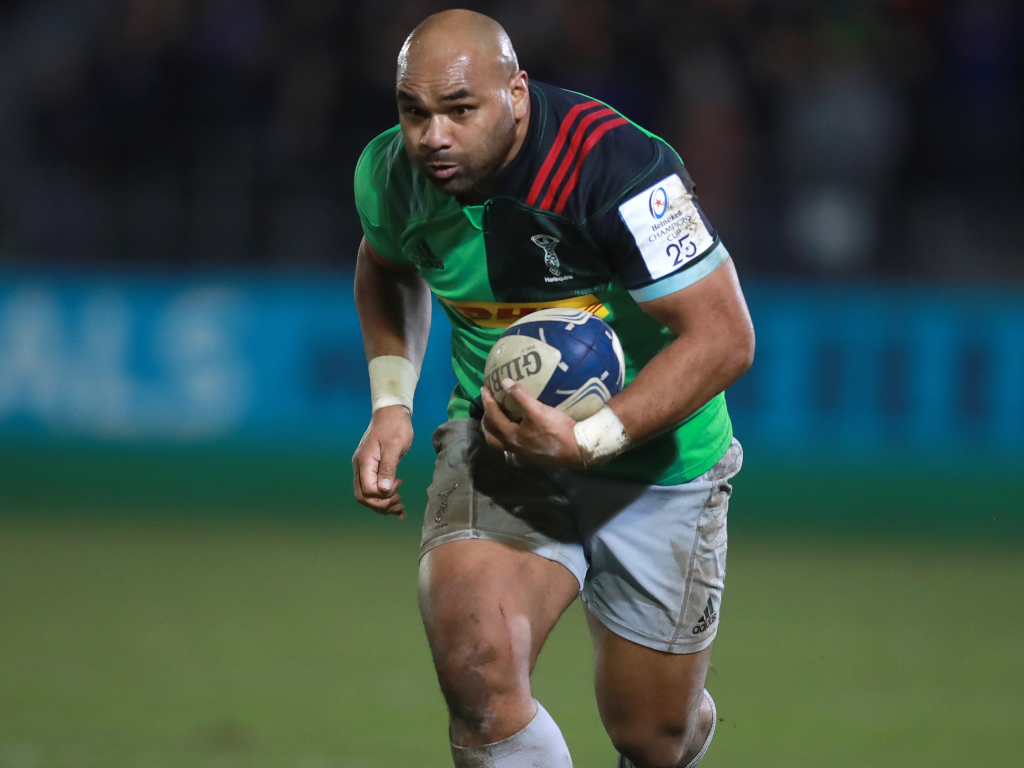 Destructive USA international and ex-NFL star Paul Lasike has committed his future to English Premiership outfit Harlequins after agreeing a new contract with the Londoners.

First arriving at The Stoop in the summer of 2018 from Major League Rugby side the Utah Warriors, Lasike has fast become a first fan favourite and a key cog in the new Quins era, regularly seen punching holes in Premiership and European defences.

Lasike, 29, previously played in the NFL with the Chicago Bears between 2015 and 2017 before embarking on a career in rugby union.

On signing on for more with Harlequins, Lasike said: “I’m delighted to re-commit to Quins. I’ve loved the last two seasons here wearing the quarters and running out at The Stoop. The boys and the supporters are some of the best I’ve ever seen, and I’m thrilled to know my family and I will remain at Harlequins.

“There is a real feeling that the club are building something under Gussy, and I’m excited to continue playing my part in that plan. With players as young and as talented as Marcus Smith, Gabriel Ibitoye and Alex Dombrandt, among many, running out each week, I know big things are coming.”

Paul Gustard, Quins’ head of rugby, added: “We are delighted that ‘big Pauli’ has agreed to extend his time with us. Paul was the first player I signed at the club back in June 2018 on injury dispensation after being hugely impressed by some stand out performances for the US Eagles, most notably against Scotland. He had a frustrating season last year where he had some injuries, a couple of concussions which, allied to his international commitments, meant he never had any continuity.

“He was a relative newcomer back to rugby following a stint in the NFL and I think we are seeing huge growth in his performances this season. His all-round game is improving weekly and his dedication and commitment to get better is constant.

“Rugby, at its very crux, is a simple game requiring physical dominance and there are very few people in world rugby that can cause as much destruction as Paul when he carries the ball. He is proving to be a real focal point in our attack in recent weeks and is giving the team constant go forward and momentum.

“As hard as he plays on the field he is as warm and gentle off it. He is a very popular member of the squad and he has the respect of everyone at the club based on the simple fact that he is an unbelievably great guy who gives everything whenever he trains or plays.

“It is very positive news that Paul and his young family have committed with us and I am sure the news will be as well received by our fans as it is by our players, who know they won’t be the ones tackling him!”