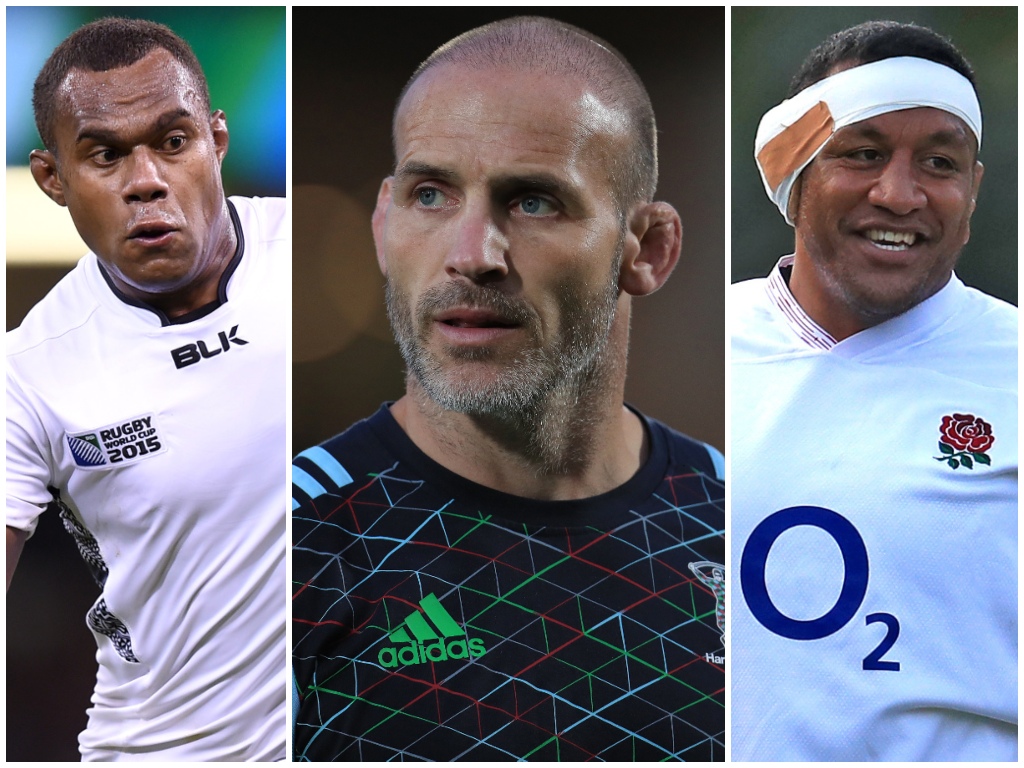 With the Rugby World Cup but a few days away, Planet Rugby caught up with Harlequins director of rugby and former England defence coach Paul Gustard, to discuss the keys to lifting the Webb Ellis silverware.

A positive environment means happy players. Any coach worth their salt at this level realises that togetherness and harmony is key to getting outcomes. In World Cup years, players are forced together for extended periods – some as much as six months with leads ins, training camps and the like. You need to constantly stimulate and engage the boys to get them living well together, to optimise relationships and to create a scenario where adaptability to any change is a given.

Insignificant things such as bed sizes for tight five forwards, room sizes and so on can be stressful for the team and it’s those that accept and embrace change that will succeed. Rugby is the ultimate team sport and without that harmony within the squad you will never create the bond and glue that’s required to beat the very best.

Always remember, as we’ve seen in other big rugby events, whilst performances on the field define the team, it’s the performances off the pitch than can undermine them.

The need to adjust off pitch is covered in environment, but on field it is also crucial. As a simple example, in Japan, as a player, you’ll experience significant climate and temperature change – dew, heat, humidity, rain, wind etc. The necessity to react to those changes and adapt is crucial.

In play, this is about understanding context and scenarios and reacting positively and quickly to change in front of you. It’s about how you adapt game plans on the hoof to the opposition; how you manage to get the message of change tactics from one through to 15. As a simple example, let’s say England are not getting the favour of the referee at scrum time against a team they expected to dominate. How does Mako Vunipola get the message quickly to his fly-half that kicking for grass in the corners and holding territory might not be the best tactic and that they need now to play possession based rugby? It’s having a leadership structure so that the ball out of play time (on average half of the game or so) is used to communicate the need to change.

The key communication questions are:

– What information?
– Who are the key relevant people?
– Who communicates the change?
– Who listens?

You can argue that this can be done at half time, but this can often be too late. One of my mantras is “you can’t win a game in the first 10 minutes, but you can lose it” and reacting quickly, both in the players and the coaches, will be absolutely crucial to success.

It’s a truism to say that in every World Cup to date, the team with the best competition defence and penalty record has won the tournament. The key is caution and the areas of protagonism will be the scrum and breakdown. Yes, we as coaches analyse referees and do our best to legislate but in order to win, you need to play what’s in front of you and the conditions of the day.

Discipline can also mean the need to stick to a plan and not get drawn into the way the opposition want to play. Look at Georgia in Wales last time they visited Cardiff; they suckered Wales into a wrestling match and it was only in the last moments that Wales secured a narrow win. Wales got drawn into the Georgian strengths and failed to stick to their plan, something they’ve learned from ever since.

The teams that stick to their plan, that remove errors and transgressions, and above all discipline themselves to work as a harmonious unit will always overcome those that do not.

A last-minute drop goal to win the Rugby World Cup final. @JonnyWilkinson with the stuff of childhood dreams 🙌 pic.twitter.com/w3Z16MgnRu

Rugby is all about creating numerical mismatches, whether they be on the scoreboard, in defence or in attack. You could refer to these micro battles as results in the broadest sense and your aim should be to win every one of them on the pitch.

Historically every World Cup has gone down to the wire and we’ve seen at least three tournaments settled by one three point kick, whether a drop goal or off tee.

Micro results and numbers can be creating a mismatch in defence such as two on one in a ruck. It could be getting your loosehead and hooker to pincer a tighthead and create a two on one push, something few props could deal with. It can be about knowing that after five minutes of red zone pressure, a three point droppie can boost a team whereas a more daring play with a risky pass might mean losing 70 metres of territory – a hammer blow to morale as happened to Owen Farrell in the third British & Irish Lions Test in 2017. One is a positive result, the other a negative one, all based upon one micro decision from the fly-half.

Above all, numbers are also about leadership and experiences – how the tactical leadership changes the micro results through the adaptability I mentioned earlier. It’s therefore absolutely key to win every single one of these micro battles and get a result from each one you play.

My last point on results is the wider picture – how you use the pool stages to inform progress. You have two lives in a Rugby World Cup – lose two games and you’re out, simple. Sometimes, playing the lesser sides early and running up cricket scores can be counterproductive if it means as a team, you’ve gotten lazy and gone off plan to get those scores. Keep measuring each result and keep it real if you want to win!

Gary Player once said ‘The weird thing is, the harder I practice the luckier I get’ and this is how you beat Lady Luck. You don’t give her a chance, but you respect her presence. You remove chance through great preparation and having a contingency plan. When Eddie Jones capped Joe Marchant, Charlie Ewels and company at the end of the warm-ups, this was to hedge his contingency; coaches know they’ll have an injury here or there, but mitigation and contingency against that misfortune is crucial to overcome poor luck.

Equally, we know people fluke tries through ball bounces and small pieces of officiating – you cannot control these but you CAN respond to them.

It’s all about how you respond to the whim of fortune that defines the result and without the putting the hard yards into your Environment, Adaptability, Discipline and Results I can guarantee you that you won’t, in Gary Player’s words, get lucky!

Paul Gustard played for Leicester Tigers, London Irish and Saracens as a flanker. Since retiring in 2009, he has coached Saracens and England as a specialist defence coach and now is director of rugby at Harlequins.