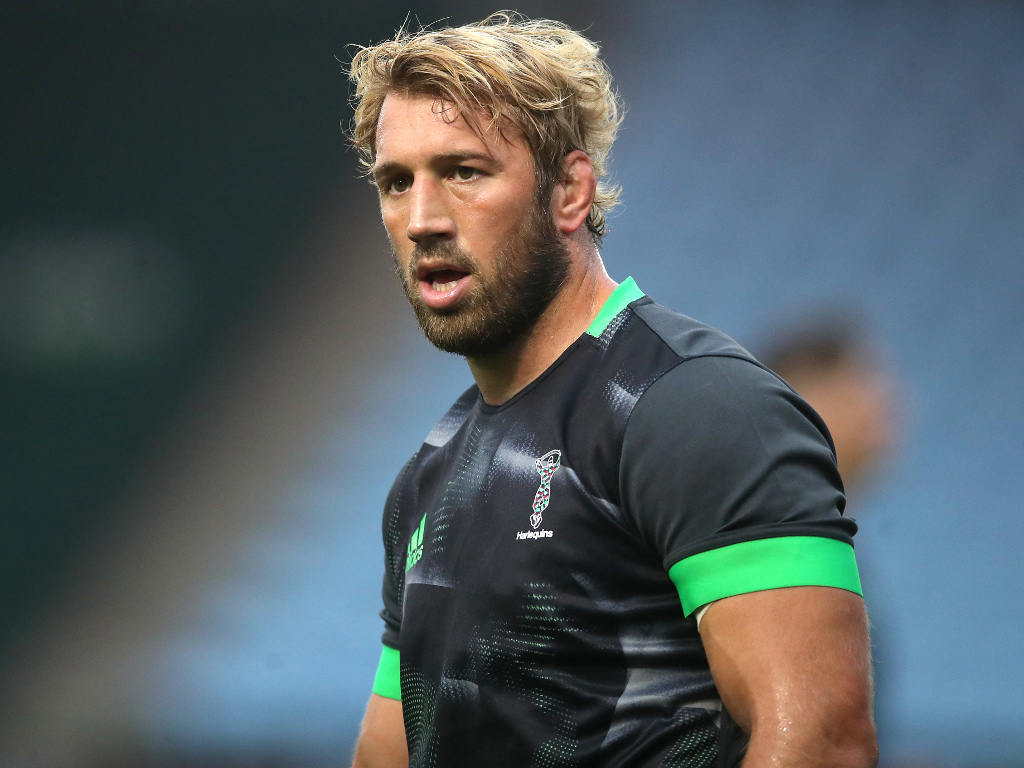 Harlequins boss Paul Gustard paid a glowing tribute to former England captain Chris Robshaw after the flanker led Quins to victory over Leicester in his final game for the club.

The 34-year-old ran out for the 300th and last time for Quins and he guided them to a hard-fought 32-26 win in their Premiership season finale at Welford Road.

The future for Robshaw now lies on the other side of the Atlantic as he joins USA Major League outfit San Diego Legion.

Quins head of rugby Gustard said they would miss the 66-times capped back-row, who announced in February that he would be leaving the club at the end of the season – a date delayed by the coronavirus pandemic.

Gustard joked: “It is the longest, drawn-out retirement from the club of all time but he deserves all the accolades he gets.

“To win a Grand Slam, the first Six Nations title he has ever won, and to play 300 games for Harlequins, it is just an incredible achievement.

“The week itself (leading up to his final game), emotionally he felt it and today, when he first jogged onto the field, he could feel a heavy kind of burden as it was his last game.

“Chris is an unbelievable professional, takes things seriously when he plays and enjoys the game with a smile on his face.”

Under Robshaw’s leadership, Quins secured victory thanks to tries from number eight Alex Dombrandt, two from wing Joe Marchant and a fourth from centre James Lang, along with 12 points by fly-half Brett Herron.

🗣️ "I very much expected never to play for England again." #LEIvHAR

🏴󠁧󠁢󠁥󠁮󠁧󠁿 Chris Robshaw proud to win over Eddie Jones ahead of farewell. 👇 https://t.co/eSYSFOsO32

Quins ended the season in sixth place in the table, and Gustard said: “Over the course of the season, we had the sixth amount of wins, not counting Saracens of course, but we are where we are.

“We have evened out to where we should be because we haven’t played well enough. We definitely had a lot of injuries at the start of the season which battered out confidence, battered our rhythm and we never really recovered from having two or three disappointing defeats.

“But we managed to get some big wins along the way – Exeter and Saracens – and kept ourselves in the hunt. There is lots to work on for next season, for sure.”

Leicester, for their part, ended a season which will not last long in the memory. The former European Cup and Premiership champions ended second-bottom of the table with six wins and a draw from 22 games.

But they almost snatched this one. Tries from skipper Tom Youngs, wing Nemani Nadolo and centre Mike Scott, plus three penalties and a conversion from fly-half George Ford, took them close but not close enough.

Leicester director of rugby Geordan Murphy admitted the match had been disappointing.

He said: “We wanted to finish the season on a high. We didn’t play very well in the first half and found ourselves down and Harlequins are a very strong defence and stifled what we tried to create.”

Murphy also felt there was a lot to work on after a very poor campaign, adding: “You can’t shy away from the fact that this has been a really disappointing season for us for numerous reasons.

“The pandemic does not help but, from us, we feel we are on the start of our journey and we have to be better. I live in the county of Leicestershire and I see fans on a daily basis. It means so much to everyone who is around this club.

“It is a very big club and the supporter base is really important to us. The players understand that. We want to build a team that will make those supporters proud.”