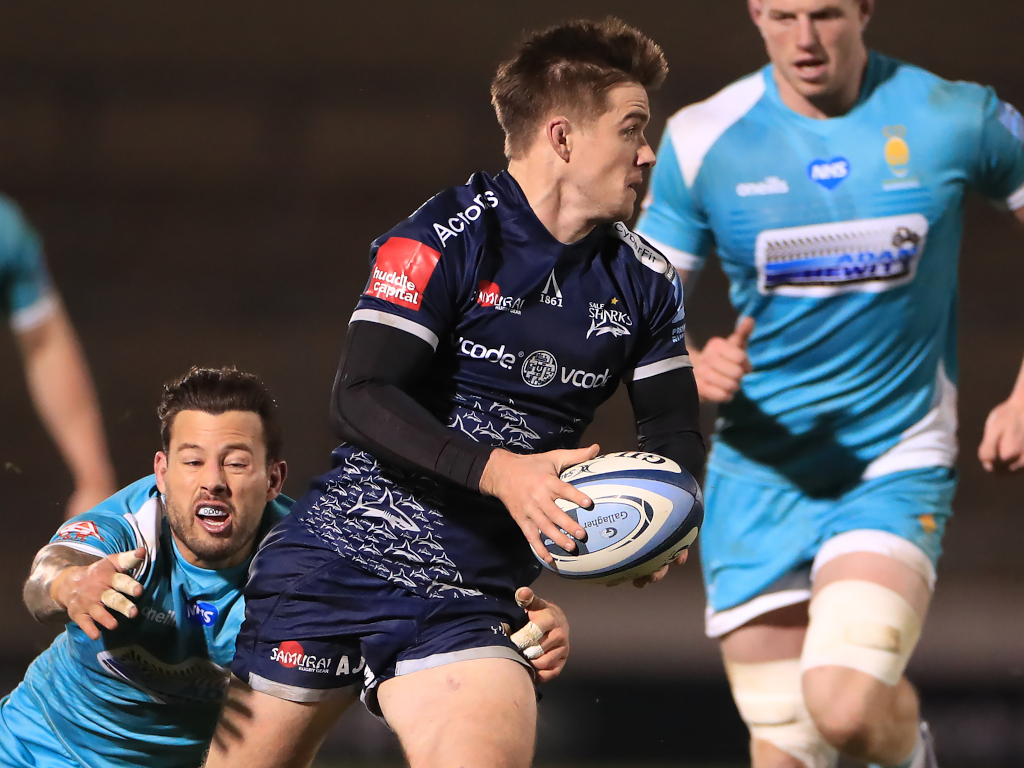 Sale Sharks’ interim head coach Paul Deacon was unhappy with the display against Worcester Warriors, despite seeing his side secure a second victory on the bounce to lift them up to third in the Premiership.

Faf de Klerk and Jono Ross touched down, while AJ MacGinty kicked 10 points from the tee, as they sealed a 20-13 triumph over Worcester at the AJ Bell Stadium.

After a frustrating run of form following the shock departure of Steve Diamond, the Sharks have since steadied the ship, but Deacon is demanding more from his charges.

“(De Klerk’s try) is the type of thing we need to put together more often,” he said.

“That’s the part of our performance we really need to knuckle down. We created chances, especially in the first half. At the beginning of the game, we had some nice shape and then dropped the ball or threw a forward pass. They’re the moments we need to brush up on.

“The win tonight was the most important thing, we spoke during the week about the fact we haven’t backed up yet this season, so it was good to do it. Winning here at the AJ Bell as well, we’ve lost our last two, so it was a really important victory for us.

“The thing for us is consistency and that’s why it was so important to back up on last week, but we’ve still got a lot of areas to improve on.

Sale’s victory keeps them well in the play-off hunt, while Worcester languish in the bottom half of the table. The Warriors did, however, move up a place thanks to rescuing a late losing bonus-point and head coach Jonathan Thomas was left with mixed emotions.

“We had a few frontline players missing but we spoke to the players about being in the fight; we spoke a lot about mindset.

“When you look at the game, they probably won the aerial battle, but there was nothing in the game between the two teams really. The players are really disappointed to have lost that.

“I was really proud of the effort of the players and I think previously this team wouldn’t have come away with a point. We’ve got the point, which I guess we’re satisfied with, but it definitely could have been more.”