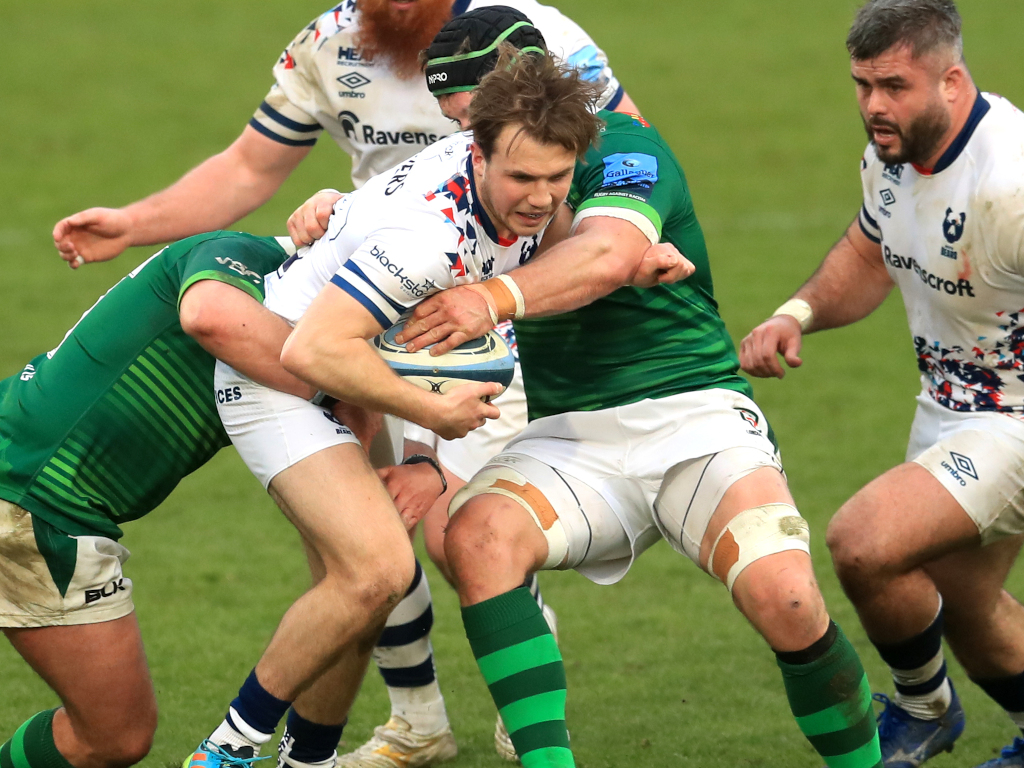 Bristol director of rugby Pat Lam told his Premiership leaders they must learn to flourish with the favourites tag after they drew on Sunday.

The Bears were stunned by a second-half London Irish fightback that saw a 31-6 lead finish in a 34-34 draw in a remarkable roller-coaster of a match at Brentford Community Stadium.

Bristol, the Challenge Cup holders who have a three-point lead at the summit of the table, had the bonus point wrapped-up before half-time only to crumble as the Exiles hit back.

And the ending would have been even more grim had Irish replacement back Tom Parton not butchered his pass with players queuing up to score the winning try in stoppage time.

“We’ve worked hard to get into this situation and the challenge for a lot of these guys are that there are targets on their backs,” Lam said.

“They’ve got to get used to not being the underdogs like they were a few years ago. The players are favourites now. To play with a big lead, they have to be even more dogged.

“You have to give a lot of credit to London Irish. We knew that would happen if we let them back into it.

“We feel like we’ve dropped two points, but they could also have easily won that game had that pass stuck at the end. We’re fortunate to have three points.

“I was looking at the guys thinking ‘they’re in the wrong place’ when we conceded for the first time by falling off tackles. That was a prelude to what was to come up.

“We said at half-time that these guys will come at us and I would do if I had been in their position.

“The biggest disappointment for us was that we began falling off tackles and that’s a mental thing.”

☘️ A simply outstanding second half from London Irish. #LIRvBRI

✍️ The match report from a superb #GallagherPrem match. 👇 https://t.co/T8Zmk99UeU

It was Parton who scored the 77th-minute try that allowed Paddy Jackson the chance to land the match-levelling conversion as Irish showed resilience in the third quarter before cutting loose.

“We were a pass away from winning it. Draws are always strange. We got ourselves back into contention. We got a draw but nearly won,” Exiles director of rugby Declan Kidney said.

“We talked about approaching it as if it’s 0-0 all the time. If you have good people with the spirit our lads have, and you chip away at it, you can bring it back. It was a reasonable comeback!

“At half-time we said just keep chipping away at it. We have some good leaders and they reviewed it.”