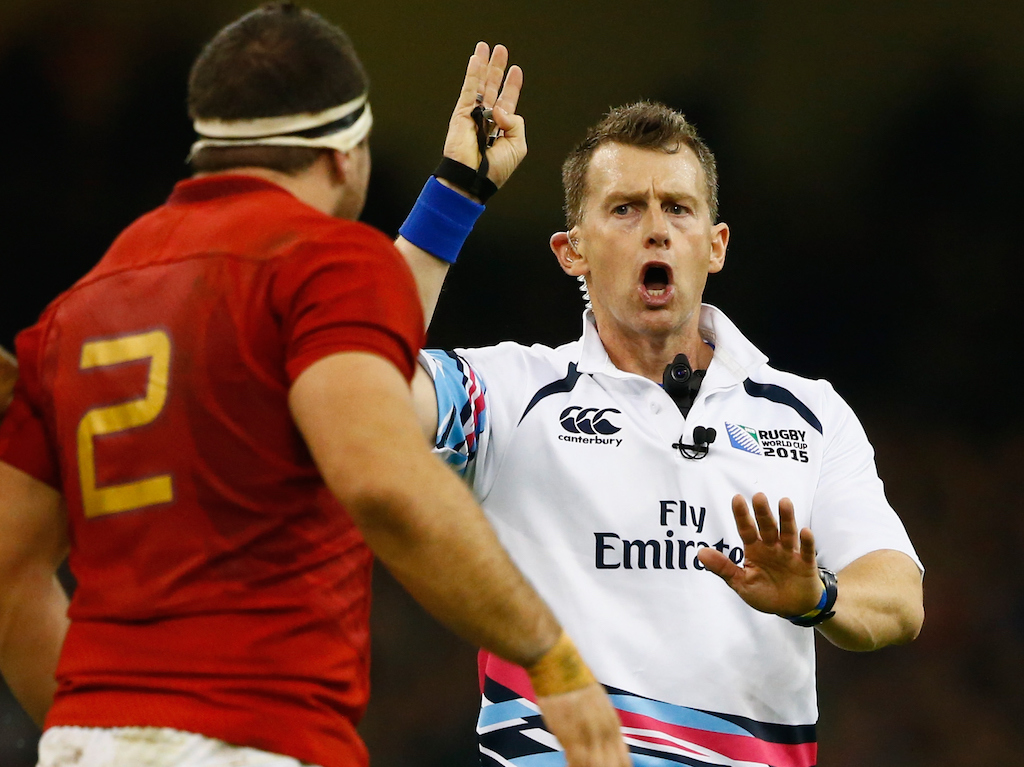 Nigel Owens has been appointed to referee the final of Rugby World Cup 2015.

The 44-year-old from Wales is a veteran of 67 tests but on Saturday he will take charge of the biggest match of his career to date.

His experience and his consistency over many years, as well as his excellent form during the build-up to and during RWC 2015, has won him selection to the pinnacle match in the sport at the end of a tournament in which the high quality of officiating has been a feature.

Speaking after being notified of his appointment, Owens said: “This is a huge honour and a privilege for me. I am humbled to have been chosen to referee the Rugby World Cup final.

“This is my third World Cup and I think it has been the best. It has been inspirational. The quality of rugby on display has been incredible in front of packed venues and so to be given the opportunity to referee the final match between the best two teams in the tournament is an amazing honour.

“I would like to thank World Rugby and the Welsh Rugby Union for their support over many years. There have been so many individual people throughout my career who have helped and supported me along the way and while I can’t name everyone here, I will be thanking everyone personally in due course.

“I want to thank my friends and family for their ongoing support and for helping me through some rough times in my life. My dad, in particular, is always there for me and is delighted with this news – it’s just a shame my mother is not here to see this as she was a pillar of strength for me. She passed away six years ago and I know she would have been very proud.”

The final will take place at Twickenham between New Zealand and Australia on Saturday (kick-off 16:00 GMT) with Owens being joined on the line by Jérôme Garcès of France and England’s Wayne Barnes, with Shaun Veldsman of South Africa being the television match official.

The night before, at the Olympic Stadium, Argentina will take on South Africa in the Bronze final (kick-off 20:00 GMT) and John Lacey of Ireland will take charge of that match.

His assistant referees will be Glen Jackson and Chris Pollock, both from New Zealand. Graham Hughes of England will be TMO.