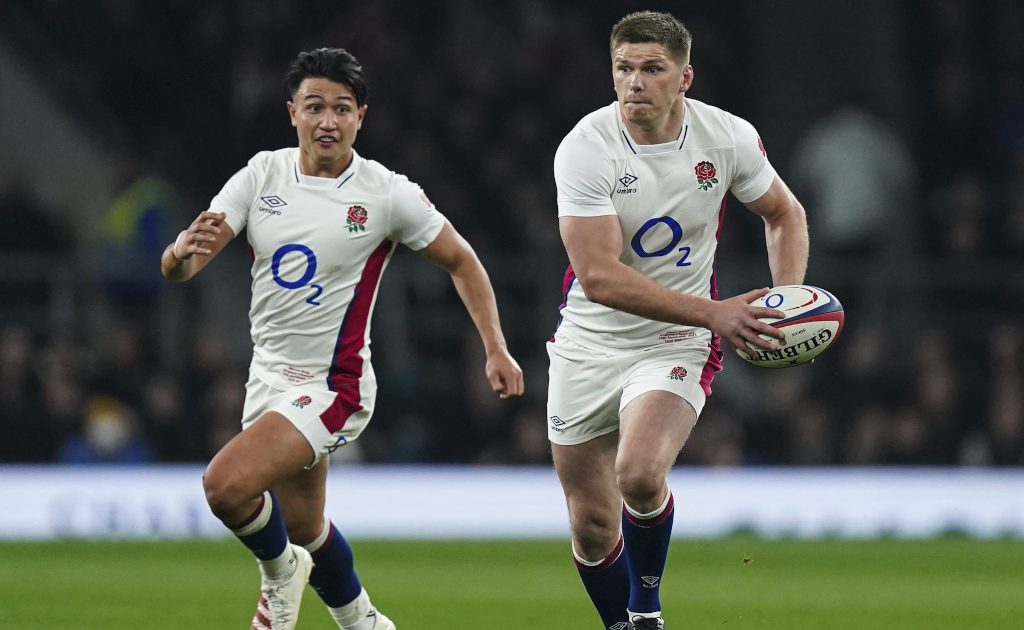 England head coach Eddie Jones has stressed fly-half or centre Owen Farrell remains the strongest candidate to skipper his side in this year’s Six Nations.

Farrell’s game time following ankle surgery has been limited but he is set to make his return for Premiership side Saracens against London Irish on Sunday.

How he fares will be an interesting watch for Jones and his coaches with the Six Nations opener against Scotland at Murrayfield less than a fortnight away.

“Owen is captain because he has the respect of the team, he’s a winner and he drives the competitive spirit of the team. He’s the right man to lead the team,” Jones said.

“He’s due to play this weekend. Then he has another training week and then he will be eligible for selection, so we’ll have to see where he’s up to.”

Sam Underhill and Elliot Daly have been omitted from the 36-man training squad picked to begin preparations for the Championship in Brighton next week because of their disrupted seasons.

Underhill is recovering from the concussion sustained on Bath duty on New Year’s Day, while Daly has been back in action since December having overcome a stress fracture.

Jones insists that both could yet feature in the Six Nations, indicating they are not victims of the squad overhaul begun in November, but Farrell is poised to continue in England’s backline even though he has played less than either of his fellow 2019 World Cup finalists.

Once again the 30-year-old is preferred ahead of George Ford, who remains in exile despite being at the heart of Leicester’s revival this season, and looks set to start at inside centre, with Marcus Smith expected to retain the number 10 jersey.

Courtney Lawes proved a popular captain once Farrell hobbled out of a successful autumn that featured a clean sweep of victories against Tonga, Australia and South Africa, but Jones still sees the Saracens playmaker as central to his plans.

Creating space for Farrell is the doubt over whether Manu Tuilagi will play any part in the Six Nations as he still waits to return from the hamstring injury incurred when the Springboks visited Twickenham.

“Manu’s had a wee setback but we’ll just have to wait and see where he’s up to. He’ll need to get some good training and he’ll need to play a few games,” Jones said.

“If we were 100 per cent optimistic we would say yes, if we were realistic, it’s probably a fifty-fifty.”

Ford, the Premiership player of the month for November and December, can feel most aggrieved to be overlooked once again, while it is also looking increasing bleak for Billy and Mako Vunipola.

“They’ve all got areas they need to work on in their games to come back into the team and they’ve got to play at a level where it makes me an idiot if I don’t pick them.” Jones said.

Wales head coach Wayne Pivac has named fly-half Dan Biggar as captain in the absence of second-row Alun Wyn Jones ahead of this year’s Six Nations.

British & Irish Lions legend Jones is among a number of high-profile absentees as the reigning champions begin preparations for their title defence.

Other players not part of the squad due to injuries are George North, Leigh Halfpenny, Ken Owens, Josh Navidi, Justin Tipuric and Taulupe Faletau.