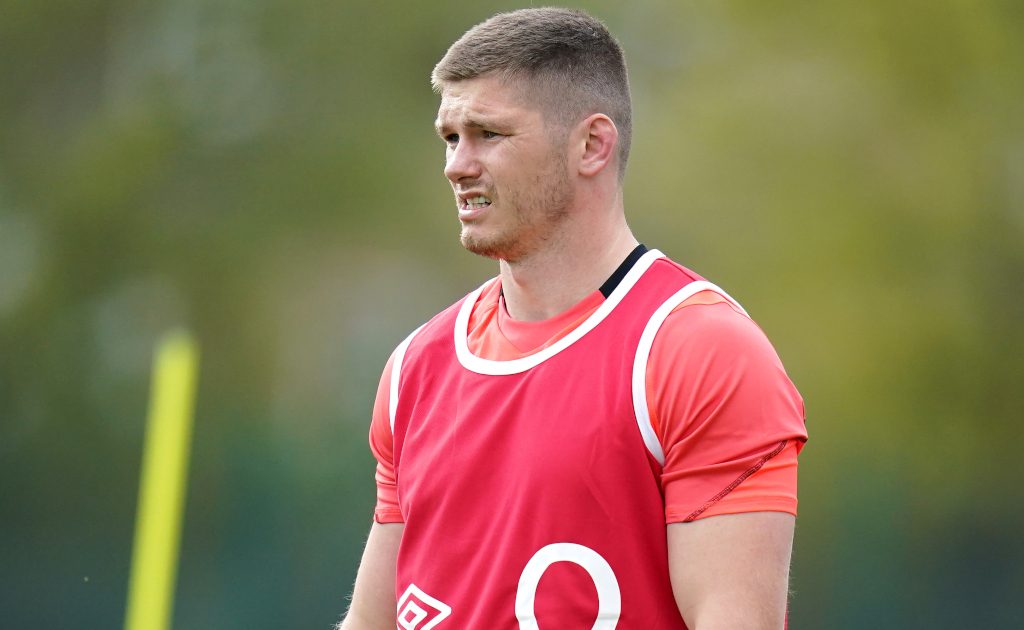 Doubts over the fitness of England captain Owen Farrell have intensified ahead of the Six Nations after Saracens said he suffered an injury setback.

Farrell has sustained a fresh injury in training at the Premiership side, who are this week preparing to take on London Irish in the Challenge Cup on Sunday.

That’s halted his return to action and the Rugby Football Union has revealed that he won’t be attending next week’s pre-Six Nations training camp in Brighton when a captaincy update will be issued.

Blow for Owen Farrell and England

The 30-year-old was set to start at inside centre in the opener against Scotland at Murrayfield on February 5, but this development would appear to end any hope of being involved.

And his participation in the rest of the tournament hinges on the severity of the new injury, the nature of which has not been specified.

“Owen Farrell suffered an injury in training this week ahead of the game against London Irish, ruling him out of the match,” a Saracens statement read.

“Owen was back in full training having recovered from the ankle injury he sustained against Australia during the autumn internationals. We will have a further update after he sees a specialist early next week.”

Courtney Lawes deputised for Farrell as captain during a successful autumn that produced a clean sweep of victories against Tonga, Australia and South Africa and would be the overwhelming candidate to fill the vacancy once again.

Eddie Jones took the unusual step of appointing Farrell as skipper for the whole Six Nations as early as Tuesday’s squad announcement, but the head coach is now having to revise his plans.

Even if scans reveal the injury is minor, his inability to play against London Irish and absence from the first training camp of the year would appear to rule him out of the trip to Edinburgh.

He has not played since hobbling off against the Wallabies on November 13 – his 100th cap including Lions appearances – and Saracens are currently looking after his recovery.

England will name any adjustments to their 36-man squad on Monday with Henry Slade, Mark Atkinson, Joe Marchant and Luke Northmore the fit centres who will gather in Brighton.

Slade was magnificent during the autumn and could be shifted from 13 to 12 with either Marchant or Northmore slotting in outside him. Another option would be Atkinson and Slade forming a midfield partnership with Marcus Smith set to pull the strings at fly-half.

Exeter and England won’t have ‘Novak Djokovic situation’ with centre

Meanwhile, Exeter Chiefs have confirmed that Henry Slade will be available to face Montpellier in this weekend’s Champions Cup tie.

The England player, who is diabetic, stated last year that he would not have the Covid vaccine due to bad reactions with previous vaccinations.

It raised the prospect that England’s first-choice outside centre would be ruled out of the Six Nations trips to Italy and France, where Covid passes are compulsory to take part in any sporting event.

But Exeter director of rugby Rob Baxter has revealed that Slade can be selected for this weekend’s Champions Cup clash at the GGL Stadium in France and it is understood that he has now been vaccinated.