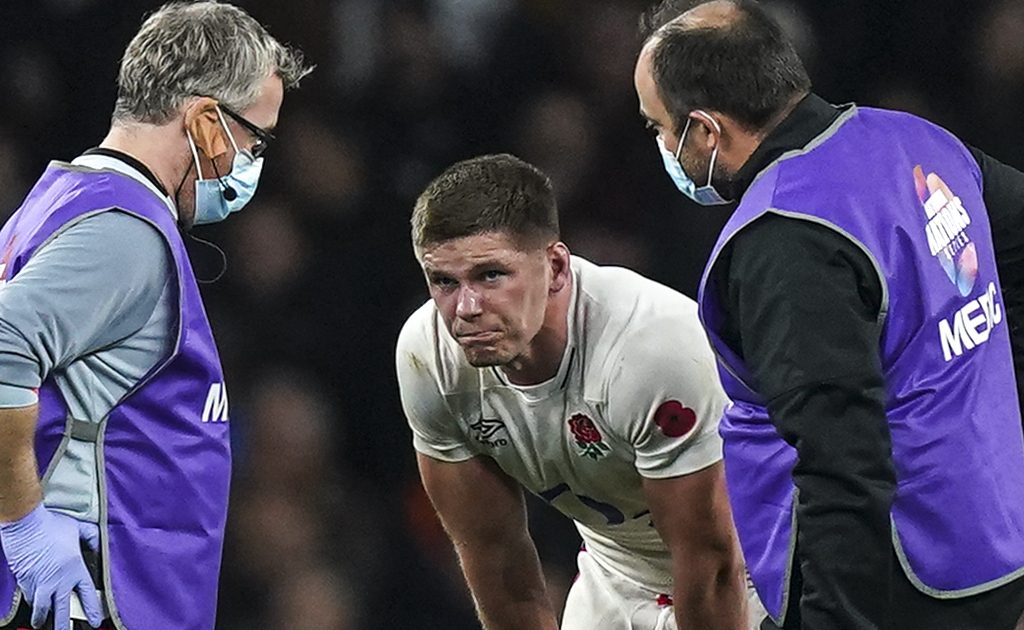 While it’s hard to look past South Africa this weekend, Eddie Jones’ difficult week has not been made easier by the news that his captain Owen Farrell might miss at least some of the Six Nations.

Saracens revealed on Thursday that Farrell is facing ankle surgery which could leave him sidelined for 12 weeks, a scenario which makes his playing the opener against Scotland and following week’s trip to Italy all but impossible.

Farrell’s injury was not described precisely, but he suffered it late in the win over Australia last weekend.

It continues an unfortunate campaign for the 30-year-old after he was forced to self-isolate for the opener against Tonga only for his Covid sample to belatedly be confirmed as a false-positive.

In his absence, Courtney Lawes led England against the Islanders and he will also be at the helm for the Springboks’ visit to Twickenham on Saturday.

Marcus Smith is currently seen as first-choice fly-half and should Farrell’s recovery be delayed, Jones could recall the out-of-favour George Ford as cover.

The outlook on Jamie George’s knee damage is less severe with the Saracens hooker expected to be out for eight to 10 weeks, potentially making him available for the Murrayfield showdown.

England back-row Tom Curry has urged his team to learn from the British and Irish Lions’ tactical error of fighting fire with fire when they welcome South Africa to Twickenham on Saturday.

After two wins against Wales and Scotland, the Springboks will be looking to complete a perfect tour against Eddie Jones’s side in what will be the first time the teams have met since the 2019 World Cup final that ended 32-12 in favour of the South Africans.