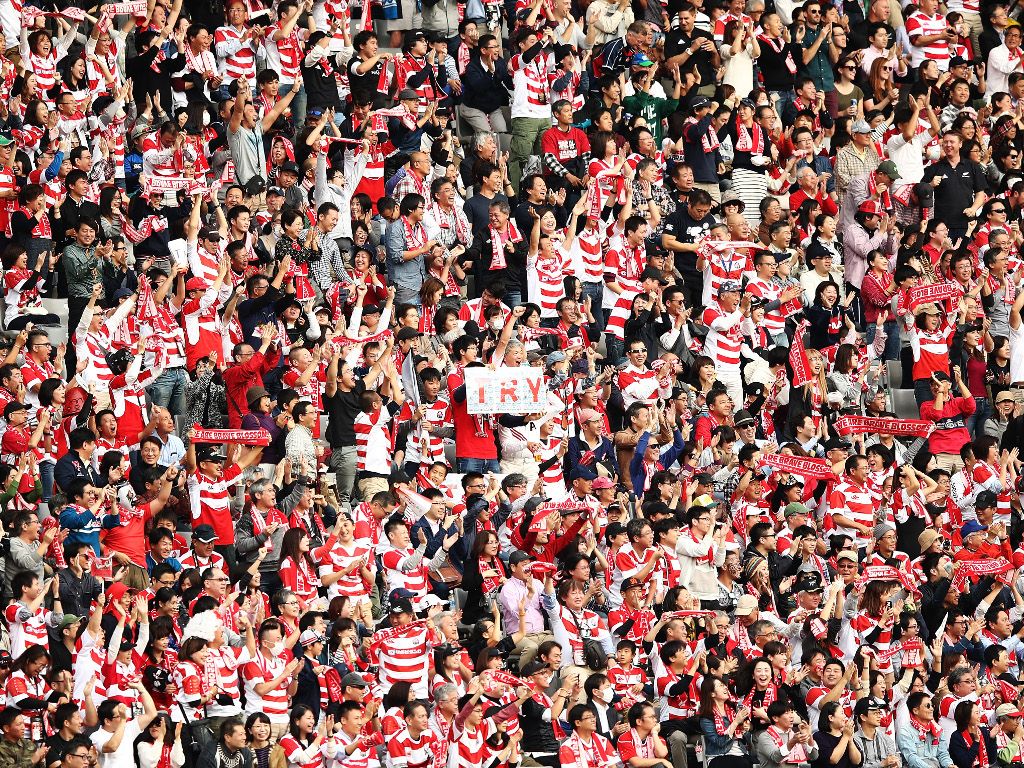 Next autumn, Japan will finally step onto centre stage as the hosts of the Rugby World Cup. While the World Cup has traditionally been held among the sport’s larger nations when it comes to hosts, the ninth iteration of the competition in 2019 will break new ground, when it is held in Asia for the first time – indicating progress in the perception of lower tier nations.

On the back of their 2015 World Cup heroics, Japanese rugby is on a high. But can the sport fully break into Japanese culture and establish itself, or has the Brave Blossoms’ rise already peaked?

History of rugby in Japan

Japan have been ever present at the Rugby World Cup, competing in all eight tournaments since 1987. Prior to 2015, the team had only managed one victory from their 24 World Cup games – failing to get out of the pool stages and only twice managing to avoid the ignominy of finishing at the bottom of their pool.

An undoubted low point was the 1995 defeat at the hands of New Zealand. While nobody expected a Japanese victory, a humbling 145-17 loss against a second-string team demonstrated what a gulf there was between the elite nations and the rest – New Zealand’s tally is still the highest any team has achieved in a Rugby World Cup match.

While they had always been in the competition, it took until the 2015 World Cup for Japan to really make a name for themselves on the field. As much of a setback the 1995 New Zealand defeat was, the impact of a shock 34-32 victory over two-time world champions South Africa in their opening match has been a huge catalyst. It has instilled a momentum in Japanese rugby that continues to this day.

Using pre-tournament ranking points, it was confirmed that Japan’s victory was statistically the biggest shock in the competition’s history, ensuring that Japan’s tournament heroics would become sporting folklore.

Japan went on to win against Samoa and the USA. It was only a lack of bonus points that kept them from their first appearance in the knockout rounds, becoming the first team to ever fail to qualify with three victories.

The tournament may have ended in heartbreak, but from the moment that Karne Hesketh put the winning points on the board against South Africa, the nation began looking towards an exciting future. 25 million people watched the match against Samoa, setting records for TV audiences and galvanising interest in rugby in Japan.

The tournament also generated in excess of 15 million social media impressions in Japan. The impact was felt across the continent, as the live audience increase for the 2015 tournament across Asia was an astonishing 221 percent.

Four years on and Japan is preparing to be centre stage again – this time as hosts.

Their aim will be to go one step further and reach the quarter-finals in 2019, but to do that, Japan may need to again repeat their heroics and upset the odds. Drawn in Pool A alongside Ireland, Scotland, Russia and Samoa, there could be some stern tests, but there is certainly an opportunity for Japan to have a remarkable World Cup in front of their home support. 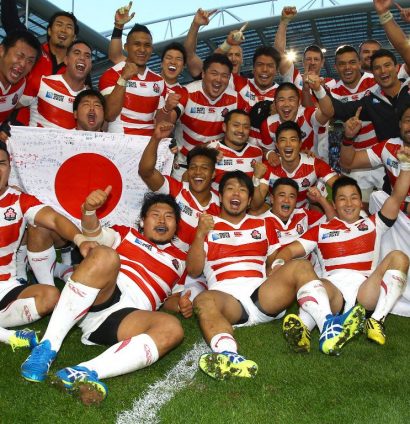 Rugby’s international appeal is stunted by a significant gulf between the ten Tier One nations that include World Cup winners South Africa, New Zealand, England and Australia, and the rest who are either classed as Tier Two or Development. This traditionally closed club has dominated the sport, reflected in the fact that just 12 different nations have reached the knockout stages of a World Cup.

Often Tier Two teams will play most of their matches against similar levels of opposition from their region. But Japan have become too strong for their local rivals in recent years. Many teams at this level are in a similar position, having improved to be at the peak of their region.

The gap between tiers has closed significantly, with nations like Fiji and Samoa providing a stern test to any of their more established opponents. But their opportunities to develop further are limited by the small number of occasions they get to face ‘elite’ opposition. To combat this, the revised World Rugby fixtures calendar is aiming to increase the number of matches between the two tiers from 2020. While it might be too late for Japan’s home World Cup, they will soon have the opportunity to face three top tier opponents per year, helping to build experience and confidence.

Unlike many ‘smaller’ nations, Japan have the support financially and nationally to rival Tier One sides, and with the boost of a successful World Cup, the timing is right for Japan to demonstrate that the standard of Tier Two rugby has grown to the point that the current system is not only outdated, but stifling the growth of the sport worldwide.

While England have only met Japan once before, a comfortable 60-7 victory at the 1987 World Cup, current England coach Eddie Jones has a deeper connection. In 2012, Jones became the head coach of the Japanese national team and went in with the aim of encouraging them to play in their own style, and to develop enough to play at a top 10 level.

His influence on the team had a clear impact as he coached them to four consecutive Asian Five Nations titles between 2012 and 2015, the Pacific Nations Cup in 2015 and the remarkable 2015 World Cup campaign – before joining England in November of that year.

Jones will again meet with the Brave Blossoms in November as part of England’s autumn international schedule, which also includes matches against Australia, South Africa and New Zealand. It may only be friendlies, but Japan are starting their World Cup warm-up where they hope to be after the tournament; among the game’s elite.