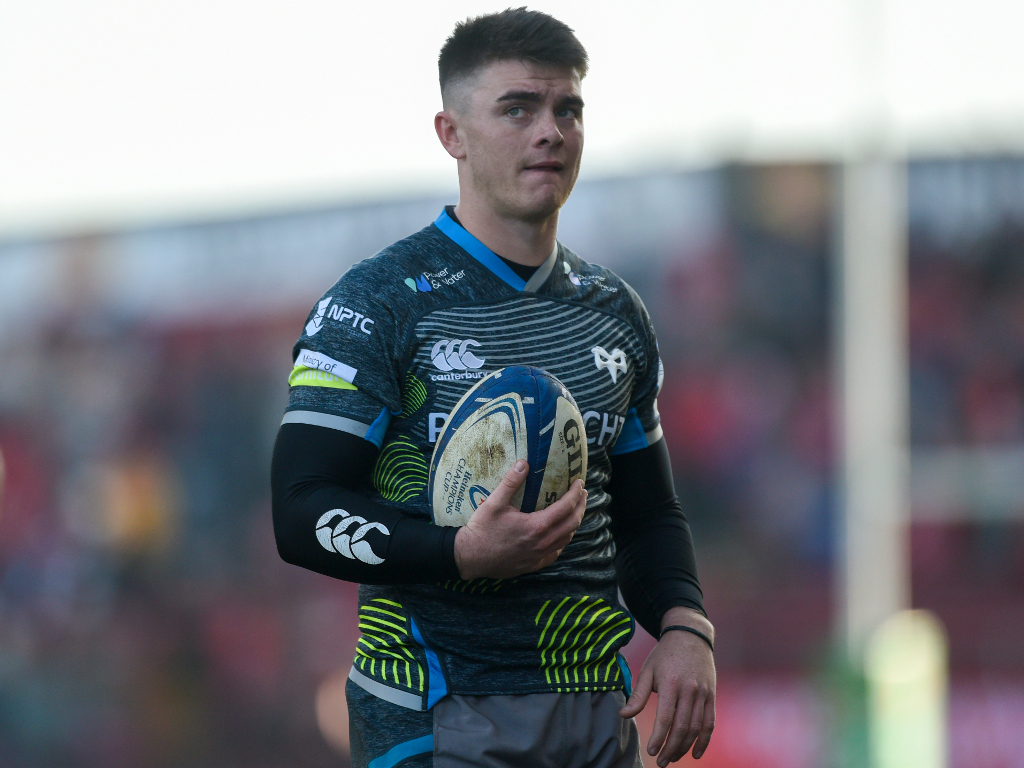 Stephen Myler kicked 13 points as Ospreys overcame a 12-3 deficit to record a deserved 23-15 PRO14 victory over Glasgow at the Liberty Stadium.

After 30 minutes, the Welsh region trailed by nine points and looked set for another defeat as they were being run ragged but they regrouped to turn their fortunes around to send Glasgow home without even a bonus point.

Glasgow began strongly and took a fourth-minute lead. From lineout possession 35 metres out, strong runs from Jones and Nick Grigg split the home defence before the ball was recycled for Jones to stroll over.

Horne missed the conversion before the Scots bungled the restart and they were penalised as Myler made no mistake with an easy kick.

This was just a temporary setback for the visitors as they stormed back into the Ospreys’ half for a period of sustained pressure.

Two kicks at goal were declined in favour of attacking line-outs and the decision was rewarded when Turner forced his way over.

Horne’s conversion made it 12-3 at the end of a one-sided first quarter before bursts from Jones and Turner secured another platform in the home 22 – but this time the Welsh region were able to keep their line intact by securing a vital turnover.

Following a long clearance from Scott Williams, Ospreys then had the best period of the half.

There was a charge-down from Adam Beard which put the visitors’ line under pressure before Mat Protheroe produced his second elusive run.

Back to winning ways at The Liberty!

This was followed by a sharp burst from scrum-half Morgan-Williams which nearly created a try for Kieran Williams, who was hauled down inches of the try-line.

However from the resulting scrum, Morgan-Williams darted over with Myler’s conversion leaving Ospreys trailing 12-10 at the interval.

After the restart, Myler and Horne exchanged penalties before Ospreys scored their second try when a pass from alert Morgan-Williams gave Kieran Williams the chance to squeeze outside Tommy Seymour to score.

Myler converted from the touchline and added a penalty but – despite losing Beard to a late yellow card – Ospreys dominated the second half to record a morale-boosting victory.