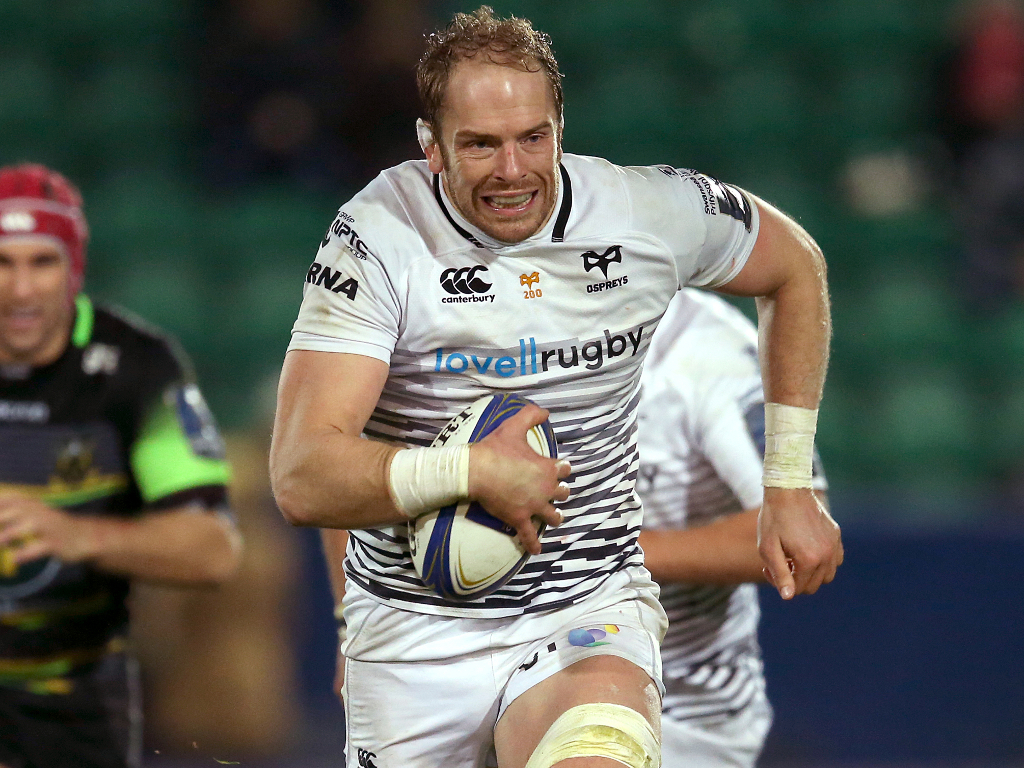 Ospreys and Wales have received a major boost after Alun Wyn Jones agreed a contract extension with the Welsh Rugby Union and his region.

The world’s most capped international second-row (134 international appearances – 125 for Wales plus nine British & Irish Lions caps) made the announcement direct to supporters this morning that he has extended his deal through to June 2021.

Since making his debut for his home-town region, Jones has become the Ospreys’ leading appearance holder, featuring 238 times for the side to date.

The Wales captain, who is preparing to head to Switzerland with the national squad this week for their first overseas Rugby World Cup training camp, first signed a National Dual Contract (NDC) back in March 2015. The announcement allows Jones to fully focus on the team’s preparations this summer and will also be a timely boost to incoming head coach Wayne Pivac.

“I’m really pleased to have announced the extension today and to have been able to announce it directly to all those who have supported me throughout my career, especially all the Ospreys supporters,” he said.

In announcing online, Jones said to his supporters: “I have some news I would like to share with you.

“I’m happy to announce that I have signed a contract extension to June 2021 with the Welsh Rugby Union and the Ospreys and will be playing at the Liberty Stadium for the foreseeable future.

“After serious consideration and taking stock of all options, it is the right decision for my career at this point in time, along with my personal ambitions on and off the field, my welfare and needs of my family.

I’m happy to announce that I have signed a contract extension to June 2021 with the Welsh Rugby Union and Ospreys so will be playing at the Liberty… https://t.co/HS7y4PteWd

“I’m grateful to have the opportunity to tell you directly, in particular to the Ospreys supporters and all those who have supported me during my career to date.

Allen Clarke, Ospreys Head Coach, said he was delighted with the deal: “Today’s announcement is fantastic news for us as a club and all Ospreys and Wales supporters. Alun Wyn is a man I have the upmost respect for; he is greatly admired not just because of what he’s achieved and what he represents as a local boy playing for his home region and country but importantly because of the ambition and level of performance he consistently displays.

“He’s a tremendous individual and a winner with a deep hunger for the Ospreys to be successful on and off the field. Alun Wyn has spent his entire career with the Ospreys and I expect him to continue his legacy as a player and well beyond his playing days.”