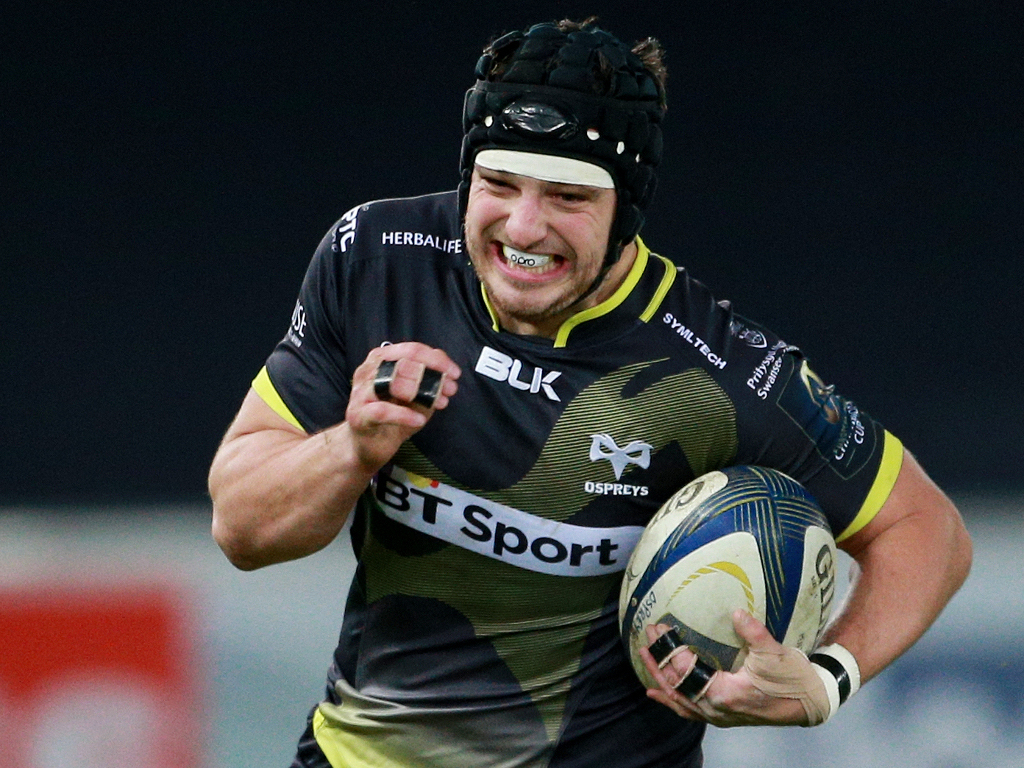 Ospreys booked their place in next season’s Champions Cup after they won a play-off with the Scarlets 21-10 at Liberty Stadium on Saturday.

After two campaigns in the Challenge Cup competition, this is a much-needed return to Europe’s top table for Allen Clarke’s men in 2019/20.

For Scarlets they ultimately drop into the second tier as Wayne Pivac’s final match in charge at the region ends in a disappointing defeat.

Ospreys’ tries came via George North, Olly Cracknell and Hanno Dirksen, with Sam Davies and Luke Price adding points off the tee. In reply the Scarlets crossed through Jonathan Davies, while Leigh Halfpenny added a penalty and conversion as they came off second best in Swansea.

Ospreys established a 14-10 lead at the break but would’ve been upset to not be further in front at half-time after being 14-3 up early on.

They almost went over in the fourth minute when wing Keelan Giles was brought down brilliantly by Halfpenny with the try-line in sight. But the hosts would get on the board on eight minutes when North crossed after they had stretched the Scarlets defence. The extras made it 7-0.

Halfpenny did cut the scores to 7-3 off tee with a penalty from 34 metres out before Ospreys struck again, this time Cracknell diving over.

Despite being 14-3 up the Ospreys would spend 10 minutes a player down when replacement wing Dirksen was sin-binned for a dangerous tackle. That soon resulted in seven points for the visitors as Hadleigh Parkes and Johnny McNicholl combined before Davies’ crossing made it 14-10.

Ospreys did have a chance early in the second 40 to halt the fightback but Sam Davies’ penalty came up short, the gap remaining at four points. The pivot would also attempt a drop-goal shortly afterwards but again it was off target as one wondered if that would come back to haunt them.

The match would then become rather fractious and heated approaching the hour mark as the significance of the prize of victory moved closer. That impacted on the spectacle as there were no further points added going into the final quarter, with both coaches thus turning to the bench.

Indeed, it took until the 70th minute for the second-half deadlock to be broken and the score came via wing Dirksen, who was unmarked on the left wing. With Price’s successful conversion the Ospreys held a 21-10 lead which was how it ended.