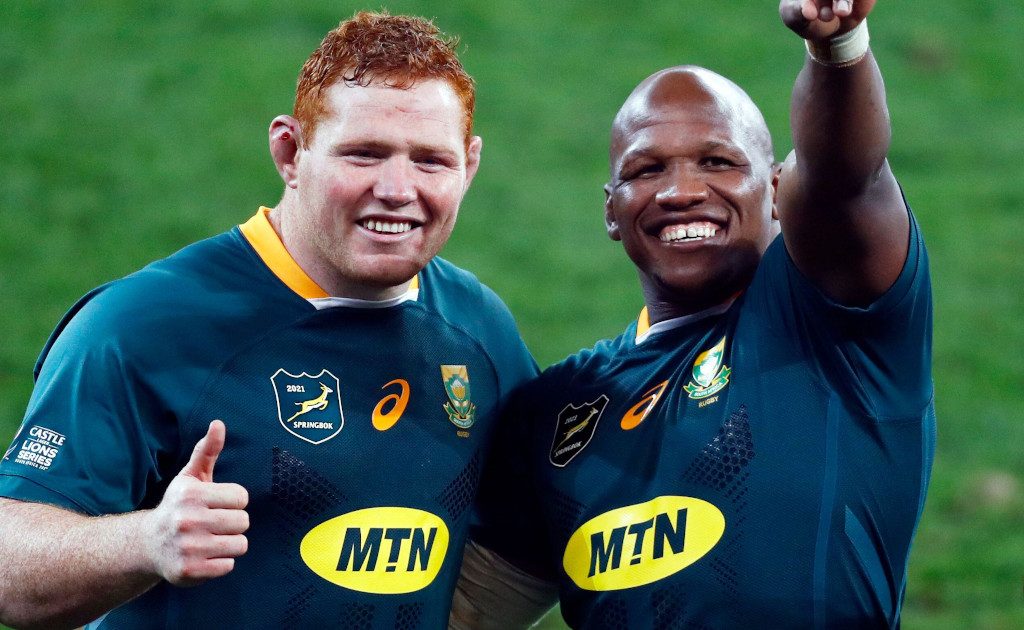 In a matter of days, head coach Jacques Nienaber will name the first official Springboks squad of the year, with numerous players sure to be left disappointed after missing out on selection. Ultimately, and particularly when it comes to the options available among the forwards, there is simply no way to accommodate everyone.

As recently highlighted by Nienaber, for example, there are generally only five spots available for loose forwards when it comes to Rugby World Cup squad selection, leaving very little room for newcomers to elbow their way into the team.

South Africa are also blessed with depth in the tight five, and now, in part two of this feature, we take a look at each position in the pack in order to paint a clearer picture of the Boks’ enviable depth across the board as the 2022 Test season looms on the horizon (check out part one, here).

When Vermeulen went down with an injury just before the British & Irish Lions series last year, there were real question marks over the best possible replacement. The stalwart remains such a key member of the Bok team, and fitness permitting, Vermeulen will undoubtedly be one of the first names written down for next year’s World Cup squad selection. Importantly, though, the emergence of bright young talents such as Louw and Roos suddenly offers the Boks real depth at number eight, while Wiese and Smith have proven they can do a job at the back of the pack if need be.

Du Toit knows a thing or two about dealing with long-term injuries, but the good news for the Boks is that he has been regaining match fitness and form in Japan after recovering from a serious shoulder injury suffered in the Lions series. Over his 58 Test appearances, Du Toit has firmly established himself as one of the leading blindside flanks in world rugby. His absence for much of last year did allow the Boks to explore the depth available, and it would have been encouraging to see how Smith grew into the role at number seven during the course of the Rugby Championship. Wiese, Elstadt and Louw could also fill in at blindside, but there is no doubt that Du Toit remains in a class of his own.

It’s not an over-exaggeration to suggest 2021 was a career-defining season on the Test stage for Kolisi, who undoubtedly produced his best-ever rugby in a Bok jersey. The Springbok skipper started all 13 of the team’s Tests, and was the obvious choice for SA Rugby Player of the Year. In case of injury, though, the value of Smith is evidenced by the fact he could be viewed as a back-up option across all loose-forward positions, while Van Staden displayed a real ‘warrior spirt’ every time he took to the field last year.

The Boks know that they have the complete package at number five when De Jager is fit and firing. Athletic as he is physical, De Jager is a towering presence at the lineouts and at maul time, with his all-round contribution just edging him ahead of Mostert in the pecking order at five. On the fringes, Orie featured in four Tests last year, while Du Toit can always offer an option in his old position should an emergency need arise.

Etzebeth has recently rediscovered some fine form for French club Toulon, and both the Sharks and Boks will be looking forward to welcoming him back to South Africa soon. Arguably the leading number four lock in world rugby, Etzebeth is the physical enforcer who embodies what the Springboks are all about. A knee injury suffered by Moerat has robbed him of all-important game-time this year, but the 24-year-old could come into the Bok picture as the build-up accelerates towards the 2023 World Cup. Du Preez and Elstadt have enough versatility to do a job at number four, while the Sharks’ man mountain Roets could be a Bok bolter.

In the absence of injured Malherbe last year, Nyakane banked plenty of game time at tighthead prop, and did a sterling job as he surpassed the 50-cap milestone. There is very little that separates the two players, but Malherbe is likely to still be viewed as the ‘incumbent’ after recovering from a serious neck injury. This is a position where the Boks truly have enviable depth, with the likes of Vincent Koch, Wilco Louw and Thomas du Toit all players of top international quality.

Mbonambi is the Boks’ ‘top dog’ for good reason, with the powerful hooker having established himself as the ideal starting hooker ever since making the number two jersey his own at the 2019 World Cup. Along with Mbonambi, Marx would also be widely viewed to be among the top three hookers in world rugby, but the Boks are likely to keep viewing him as the ideal ‘bomb squad’ impact player. Dweba would walk into most Test teams, but will have to bide his time, while young Grobbelaar is a top talent for the future.

It was particularly interesting to see Nche start as many as seven Tests last year, with many pundits originally predicting that Kitshoff would take over as the starting loosehead after the retirement of Beast Mtawarira. However, Nche emerged as the breakthrough Bok star of the 2021 season, while Kitshoff continued to add immense value off the bench. With game time largely divided evenly among the front-rowers, it really doesn’t matter who starts or comes in as a substitute, with each role clearly defined. The Boks are also blessed with versatile props such as Nyakane and Du Toit who can play on either side of the scrum.