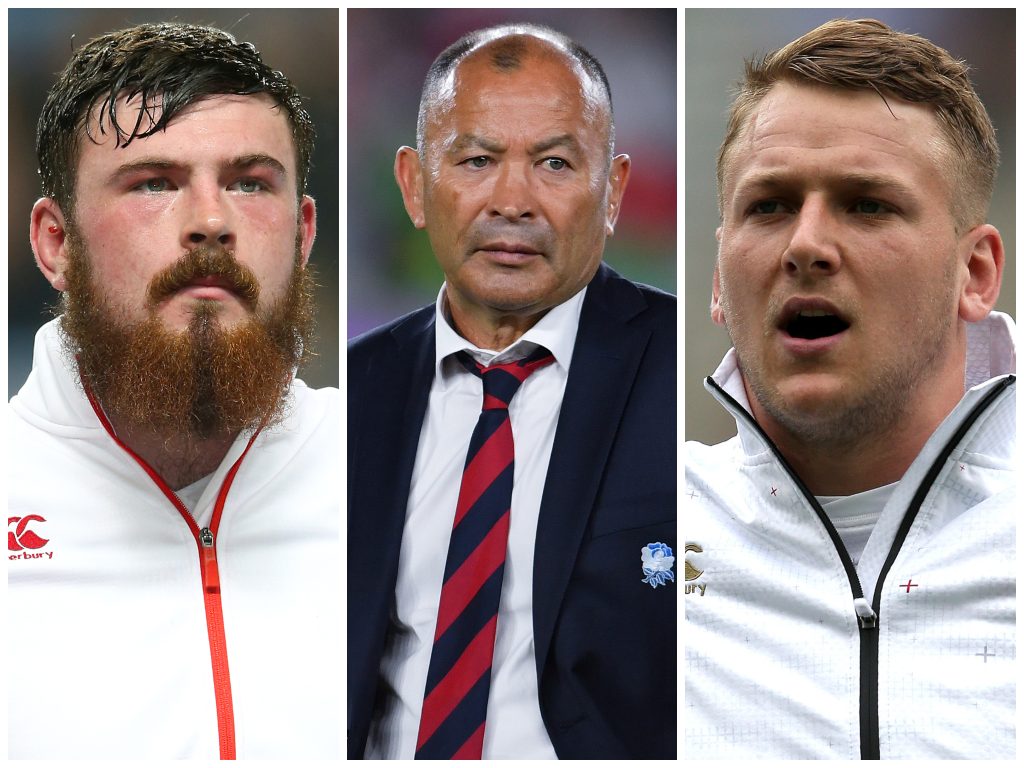 Planet Rugby features writer James While studies the options available to England head coach Eddie Jones should he want to revamp his side.

England’s outstanding former cricket captain, Mike Brearley, once wrote, in his book ‘The Art of Captaincy’, that ‘to never change a winning side is as stupid as saying you always change a losing side’.

With only a month elapsed since South Africa produced the most compelling display of power rugby ever witnessed, Jones is said to be musing his future. A keen student of cricket, when further questioned he alluded to Brearley’s comments and explained that if he were to stay on, the first thing he’d do is to completely break the Class of 2019 up and start again.

With England only 80 minutes away from winning a World Cup, that might sound somewhat bizarre. Destroy four years of hard labour? Has Jones lost his marbles?

The simple truth is, no. England, despite the incredible display against New Zealand, are nowhere near the finished article and there’s so much more to do if they are to succeed. Clear weaknesses exist within every department of the pitch and to claim that the 23 players who took the field in the final are still the best available is questionable at best.

Planet Rugby takes a look at each of the English units to pick them apart and look at the seven bolters that might make the difference when Jones’ men reunite at the start of the Six Nations in February.

Front-row: With the rejuvenated Joe Marler coy about his international future and Dan Cole reaching the end of his international career, England’s concerns about their scrummaging stock is rightly at the top of their agenda. Mako Vunipola can do many things on a rugby pitch, but dominate a scrummage has never been one of those; England need to find the guys that can match their handling aspiration with scrummaging inspiration. At the top of their list is the incredible talents of Ellis Genge who takes the concept of mobility to new levels but still packs down with a bent spine, his backside higher than his shoulders and an inability to engage his incredible power. Once he sorts this, his selection credentials are compelling. Another candidate might be Bath’s Beno Obano, a tackle machine whose tight work improves with every game.

With Luke Cowan-Dickie and Jack Singleton having decent showings in Japan, their tussle with Jamie George is healthy. However, it’s at tighthead where the real issue is with only Kyle Sinckler and the rock-star roadie Harry Williams having real international credentials. Sinckler is fast becoming irreplaceable for England, a player of astonishing skill; but we believe that the challenger of the future will be Exeter’s Marcus Street, a crushingly effective scrummager and powerful ball carrier. He might not yet be the new Sinckler, but there’s enough about him for Jones to have a deep and detailed look at the Devonian.

Second-row: For all the talents that George Kruis and Maro Itoje bring to England, size isn’t one of them. They conceded 20kg of weight and 8 inches of height to the South African pairing in the final and in a game where collision and contact is all, that is a massive differential, especially considering an even bigger contrast of size in the back-row in that game. England are desperate to find that big aggressive lump, their very own Eben Etzebeth or Brodie Retallick, a player that can go toe to toe and match the big southern hemisphere boys in every department. 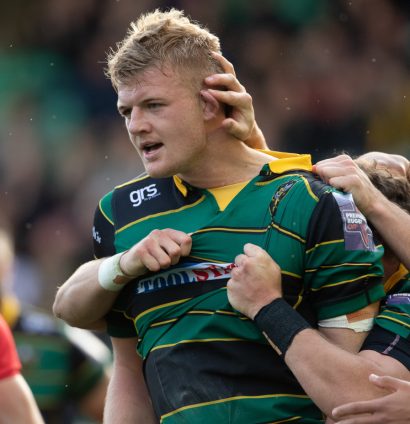 Jones has already looked at Exeter’s lineout enforcer, Jonny Hill, a man with undoubted talent but one who drifts in and out of games. Courtney Lawes is still a world class player, but has a lot of miles on the clock and with an injury record that may count against him, many believe he’ll call it a day after the 2021 Lions tour. However, it’s his partner at Saints, the 6’9” 125kg frame of David Ribbans that might be the next cab off the rank. He’s abrasive, powerful and his 44 games for Northampton have already yielded 11 tries. Brought up the Cape he’s got both the pedigree and the skillset. As locks go, this one deserves picking.

Back-row: During the Rugby World Cup, many pundits were speaking of Tom Curry, Sam Underhill and Billy Vunipola in the same breath as the Holy Trinity of Hill, Back and Dallaglio in years gone by. Absolute poppycock! In 2003, those three kings of the breakdown had every single skill needed in back-row play – carrying, two lineout options, three dogged defenders, ruck work from all and support work yielding some 45 international tries between them. The comparison was painful because, despite the doughty showings of the 2019 trio, they are, as a unit, fundamentally completely unbalanced. They have no primary lineout jumpers, no real support handler, only one serious ball carrier between the three of them and Vunipola relies upon the tackle count of his flankers to cover up his own immobility in scramble defence.

Many chastised Cole for his showing in the tight in the final, but forget that the South African pack had a flanker of 6’7” and 125 kilos leaning on the backside of one of their props, with one of 6’3” and 112kgs on the other side (a differential of another 8 inches and some 15kgs).

England really need to redress this. The lineout dictates that only one of the two opensides should remain and there’s a need to find that big all-rounder on the blindside to support one of Underhill or Curry. At eight, Vunipola is close to a busted flush and the astonishing omission of Nathan Hughes for Japan left England lacking options in a crucial position. Vunipola’s injury record means that you can’t build a gameplan around ‘BillyBall’ and in any case, the best teams have worked him out.

But the good news is the back-row cupboard is stacked with options. Bath’s Tom Ellis and Zach Mercer are exceptional talents, if lacking in power and experience, both with a propensity to drift in and out of games. Ben Earl is on fire at Saracens but his best position is yet to be defined and he doesn’t offer the lineout force England need if he plays at eight. At Wasps, Jack Willis is a one man wrecking ball and his work-rate suggests reasonable comparisons to the great Richard Hill, but is he an openside or a blindside?

However, despite question marks around his weight and fitness levels, our pick is Alex Dombrandt at Harlequins; he has done everything asked of him and more. He offers lineout presence, carrying and some serious ability to get over the whitewash. The mighty Quin could be the dominator England need.

Half-back: With Owen Farrell and George Ford still only 28, fly-half seems an area of riches for England and we’re sure that will remain to be the case, with pressure from the young guns Marcus Smith and James Grayson keeping the incumbents honest.

At scrum-half, the story isn’t so clear, with a need for England to produce a game changer in the way other nations consistently do. Ben Spencer at Saracens already had his early Christmas present, flying out to the final, and he has a lot to offer with great gas. Dan Robson, the perennially unlucky Wasp, is also a man to be reckoned with, but we want to see more of the youngster Alex Mitchell at Northampton Saints has the X-Factor of pace, footballing skill, snipe and pass that offers a really rounded game from the base. 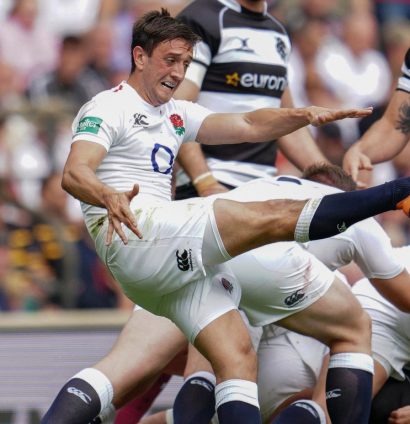 Midfield: Assuming Farrell is the 10 to take England forward, the key question for midfield is who plays alongside Henry Slade? The Chief’s footballing skill is so evident that he is capable of playing at 12 or 13, and offers the in to out wide kicking options that England rely upon. His partner? Well, Manu Tuilagi, in the best condition we have ever seen him, has returned home with word on the street that he is less than committed now the World Cup is over. His injury record is poor and you have to wonder how many miles are left in those tree trunk legs, but we remain hopeful.

The options are not huge unless you repurpose one of Elliot Daly or Jack Nowell. Ryan Mills continues to put in some impressive performances for Worcester, whilst Joe Marchant was arguably the unluckiest of all players to miss out on Japan. Ollie Devoto is a strong contender with size on his side and may yet prove to be the answer but, so far, it’s the Saracen pairing of Alex Lozowski and Nick Tompkins that have looked the most complete, with the abrasion of Tompkins giving him the edge.

Back three: If Elliot Daly has proven one thing in his career, it’s that he’s not a Test full-back. Yes, he unlocks so much for others around him, but aerial dominance isn’t his bag. It’s a shame Jason Woodward isn’t a couple of years younger as, with Joe Cokanasiga, Jonny May and Daly all great wing options, the full-back shirt needs to go to someone with fight and the ability to return kicks – which from the current crop means Nowell or Anthony Watson.

However, England’s back three stock seems to vacillate wildly based upon injury and fitness; assuming that there’s cover at 15 (and no willingness to go back in time to revisit Alex Goode or Mike Brown) then that means that England will look to the talents once more of the blistering Ollie Thorley at Gloucester with half an eye on Simon Hammersley at Sale.

Breaking up is hard

When all is said and done and you examine the options we’ve listed, Jones’ bold statement of breaking this side up is actually more of an exercise of ‘what worked, what didn’t?’. It’s clear that England need better balance in the back-row and midfield and also need some serious grunt up front. But always remember, the average age of the 2019 final side is 26 years old so we see this as a tweaking exercise rather than one of wholesale change.

The key for Jones is to capture the good and dispose of the bad and that in itself is an unenviable task.