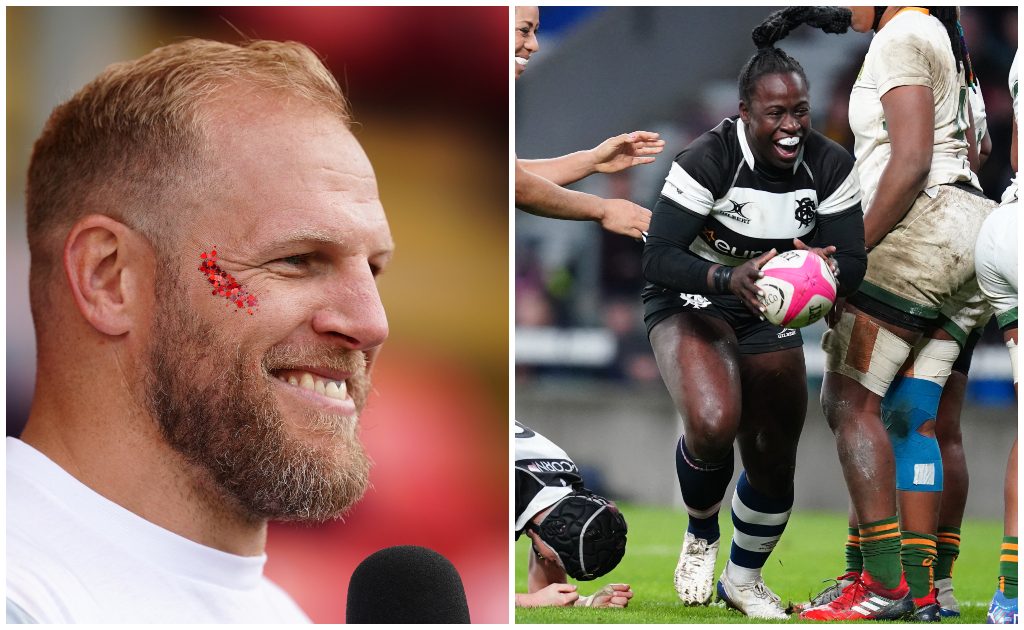 Retired England flanker James Haskell came under fire on social media for comments he made following an error on a post published on The Good, The Bad & The Rugby’s Instagram.

On the contrary to what this post says, Rocky Clark easily tops this list and with 137 caps, she is the most capped England international full stop, whether that be male or female.

Bristol Bears and Barbarians loosehead prop Simi Pam pointed this out to the page in the comments, adding: “Please stop disrespecting the women like this. Because the way you’ve named this list, we know Rocky Clark tops it. Please do better @goodbadrugby.”

Discounting greatness… and for what reason?

Pam, a full-time doctor as well as a Premier 15s player, was correct as the post excluded the achievements of the phenomenal Clark purely because she was a woman.

You could argue that this is being pedantic but at what point do we stop treating the male sport as the norm?

People need to stop excluding women from the national conversation and fair play to The Good, The Bad & The Rugby, because they corrected themselves… but not before a Haskell kick-off in the comments.

The former Wasp had the chance to put his hands up and admit his page was wrong, but instead of this, he proceeded to argue that his show had “done more to champion women’s rugby than anyone else”.

It seems that Haskell failed to recognise the women that formed their own unions, sold houses to fund World Cups and actually played/been involved in the sport from more than a podcasting point of view with The Good, The Scaz and The Rugby hosted by Emily Scarratt.

The whole ordeal was quite frankly disappointing as a so-called champion of women’s rugby couldn’t stoop so low as to acknowledge Clark.

One of the more outrageous things Haskell decided to say before the post was deleted was “have a day off” to Pam… that’s right, the amateur player who plays top-flight Premiership rugby, all while working full time as a doctor (including night shifts).

According to him, Pam should “pick [her] battles and try to be positive”… should it not be the other way around?

The end products of the post and comments from the former international, before it was deleted, were ticked off rugby fans, insulted rugby players and a blocked Stella Mills.

Mills, who is a freelance women’s rugby writer and content creator, marked her return from annual leave by calling out Haskell in the following tweet.

It’s not hard to put the word “men’s” in front of that graphic is it? 👀

This culminated in her being blocked… not a great look for Haskell.

What needs to happen

More respect needs to be given to the female players of the sport, because the likelihood is that they play for the love of the game, not the money that is only available to the select few.

All Haskell had to do in response to the post was apologise and admit a mistake. That is it.

No outrageous claim about his contribution to the sport, no other baseless comments and no blocking those who call you out, just an apology.

The social media page, which is unlikely to be run by the podcaster, did the right thing and corrected the graphic.