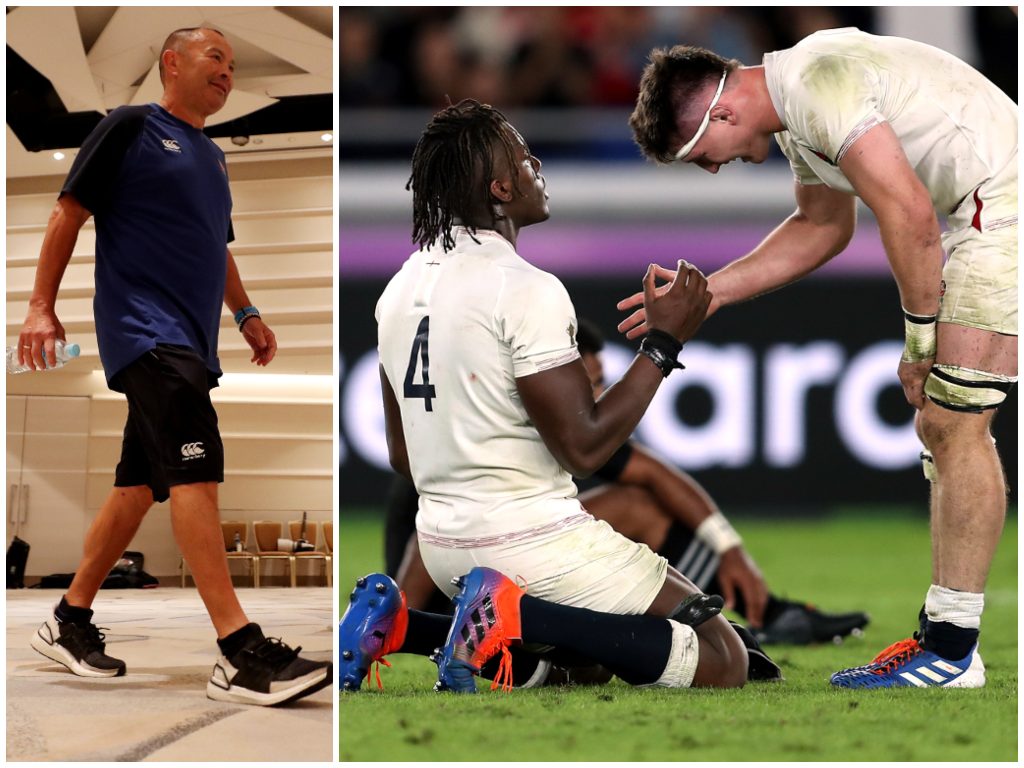 The bottom line: Sport is a cruel mistress and in the final analysis, with the self-stated goal being that of world champions, England failed and it’s as simple as that.

However, when one looks beneath the surface, the failure was one of technicality, one loss to a better side, with the team blooming into a pacey, fearless running side under the eccentric leadership of the garrulous Australian, Eddie Jones.

In 2015 when Jones signed for England he arrived with much resource but little confidence within the team. As with all World Cups, a period of slow change took place with stalwarts like Nick Easter calling time on their careers and a further 13 players leaving the team in the lead up years to 2019.

It took time to find the right combinations, but Jones had also inherited the youth structure and pathway players so weaned by his predecessor, Stuart Lancaster and the England rugby director Rob Andrew. Over a period of four years, Jones tested each and everyone of his players, brutally casting aside those he felt were physically or mentally unsuited, whilst searching hard to find forwards that could play the total handling game he believed would bring Bill home.

At Rugby World Cup 2019, the fruits of his labours burst and bloomed. It’s fair to say that in the professional era, England’s disposal of New Zealand in semi-final was the most compelling display of total rugby any England supporter had ever witnessed, characterised by handling props, running locks and supporting back-rows, underpinned by pace out wide and a compelling kicking game.

There’s an old adage in rugby that you leave the shirt in a better place than when you found it. Judged in this way, England’s campaign was pretty successful – they have a structure, huge depth of talent and would be feared by any side in the world.

Yes, South Africa were a better side on the day, no ifs or buts, but if you’ve prepared in every way and your opponents beat you fairly and squarely, there can be no complaints.

The final analysis: South Africa won the 2019 World Cup through the unique power and immense motivation of a nation of rugby giants, make no mistake.

When you unpack the simple size differences, they’re remarkable. South Africa’s back five pack members had a remarkable average height (including replacements) of 6’6″ against England’s 6’3″, and a weight advantage of some 8kgs per man. This is a massive disparity and one that the Boks used to great advantage, leveraging their size to dominate scrum and line-out.

However, the telling difference were restarts. The hang time Handre Pollard managed was remarkable and some four to five seconds, allowing him to kick deep and his chasers to push England back to exit from their five-metre line, with their behemoth pack disrupting the safety of any ruck England created. No single tactic employed by South Africa caused England so many issues as this. Starved of territory, huge energy was expended in carrying out of deep defence, fatiguing bodies that needed every ounce of energy they had for attacks further down the field.

The scrum wasn’t always as one sided as some have suggested, with England getting the upper hand one or two occasions later, but the tone of the whole game was set from the first moment Tendai Mtawarira sent Dan Cole backwards almost as far as Welford Road itself – a trend that continued for almost all of the first half. After the game, South Africa agreed they’d decided to target the England tighthead, whether it be Cole or Kyle Sinckler, and they did exactly that. England should have coped, possibly with Cole angling and Jamie George slipping off the hooker onto the tighthead (albeit illegally) to disconnect Mtawarira, but that’s hard when your loosehead is also getting stuffed.

Factor in the technical excellence of Mtawarira with power he was sitting on from his huge flanker, Pieter-Steph du Toit and it’s fair to say that every law of motion Newton wrote was tested and proven to destruction during this game.

In truth it may have done England a few favours long term, showing them they are still a tad lightweight. But it’s also true to say those are the biggest and best players available to England and Jones. The likely casualty is the experiment of the Kamikaze Kids, Sam Underhill and Tom Curry, as for all their positive worth in midfield defence and in attack, they are a little unbalanced together against sides that play as South Africa did.

All change: World Cups have their retirements and England undoubtedly will lose, over the next couple of years, Joe Marler, Dan Cole, Ben Youngs, Mark Wilson and possibly Courtney Lawes through age. The injury records of Manu Tuilagi and Billy Vunipola suggest too that another World Cup may be out of their reach but, compared to 2015 when 14 of the squad were jettisoned, the core of this team should remain.

Options abound in a competitive Premiership and England are sure to look at the brilliance of players like Aaron Hinckley, Zach Mercer, Ben Earl, Alex Dombrandt and Tom Ellis in the back-row, whilst waiting for a top half-back to emerge from the promise of the Maunder brothers, Alex Mitchell or Ben Spencer. Elsewhere, Ryan Mills will challenge, as will Joe Marchant, Ollie Thorley and Tom Hardwick in the back-line.

However, nowhere is there a 6’10” lock in the league of RG Snyman or a 6’7″ blindside flank in the mould of Du Toit and it’s there where England are lacking. Word is, they’ve already scoured the heritage of the outstanding David Ribbans at Northampton, knowing he’s available by residency in 18 months’ time.

Break it to make it: The personnel changes above allude to one comment Jones made post the Rugby World Cup; “We need to totally break this and start again.” In many respects he’s right.

Very simply, his method gave outcomes in every game (give or take) that England played – until, that is, they met South Africa. In 2018 at Twickenham, England won a game by one point they had no right to win, especially considering Angus Gardner’s obvious bottling of a last minute yellow card against Owen Farrell which would have resulted in a kickable penalty.

Ever the pragmatist, Jones will know that South Africa will be pretty much a similar side for the next four years and will undoubtedly stick to the physical and brutal game that creates so much space for their lethal wings. If he believes this, then it’s obvious that he needs to be able to have a team that can change their methods to beat this power game and his comments about deconstructing this side are fair and obvious ones. At the moment, they’re the second best side in the world and that’s when playing their best game, so yes, there’s a long way to go.

🗣️ "To say the gamble succeeded is an understatement; it was a roaring success with the host nation embracing rugby and rugby embracing Japan"

The building blocks are there with the talent already identified and raring to go. It’s incumbent upon Jones to retain the good – the hands of the forwards, the pace of the back three, the speed in defence, but then to jettison the bad – the reliance of bosh in the 12 channel, a secure commanding presence at full-back and a swifter link at half-back.

Fast Eddie: All of this assumes, of course, that Jones wishes to stay on for another four years. Had England been trounced and kicked out earlier, you could bet your bottom dollar he’d have been offered a one way Qantas Economy ticket home. Had they won, he may have called it a day there and then, job done.

But his overriding emotion will be one of frustration, one of what if and one of unfinished business and that, together with his obvious love/hate relationships with the English public and media, might be enough for the former Randwick hooker to sign up for another term.

This time, he may just tweak his backroom staff. John Mitchell is an essential part of the England machine and must be retained. Neal Hatley has many critics who see his scrummage methods as old hat and England must scour the game to find someone better, with the Sharks coach Etienne Fynn at the top of their shopping list. The loss of Scott Wisemantel will be a tough blow – his work on the pitch is clear for all to see and great attack coaches are tough to find; Sam Vesty however is considered by many to be the man of the future and might well get a call from TW8.

However, when all is said and done, the team wants him, the public want him and in all truth, Jones begrudgingly loves England, adores cricket and drinks tea.

Put all of those things together and you can be sure English rugby will be seeing a lot more of the eccentric Randwick Maverick.