Home New Zealand Opinion: Personnel changes the All Blacks must make in order to bounce back in Rugby Championship openers against South Africa 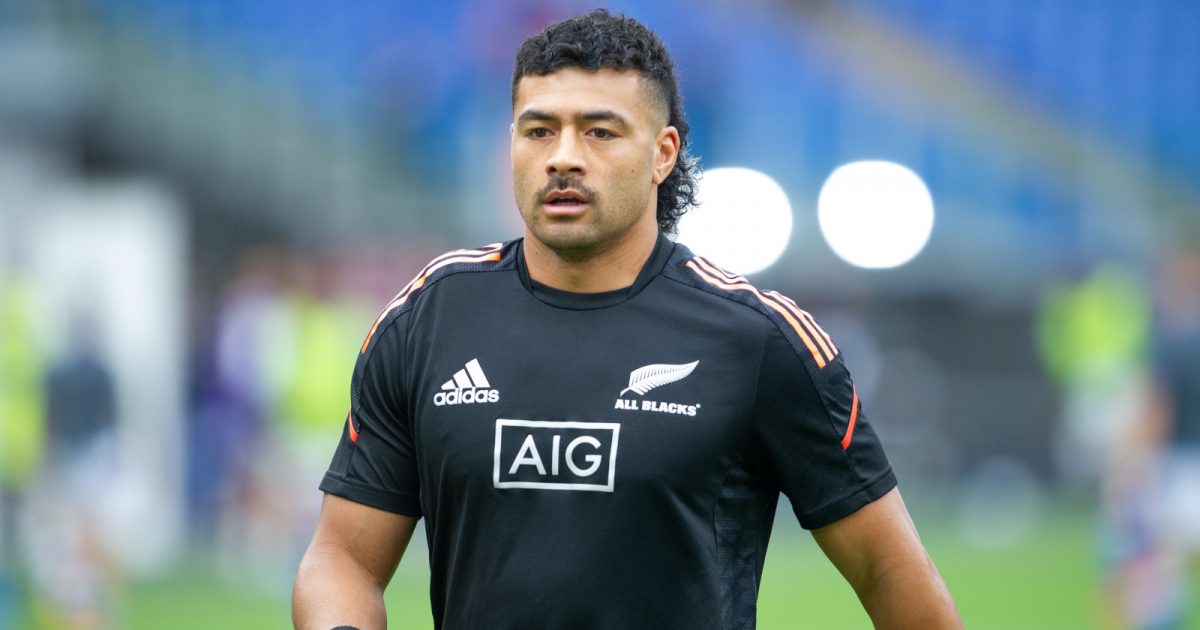 New Zealand have endured a disappointing start to the season that has seen them lose their first series to a northern hemisphere side on home soil as Ireland triumphed 2-1 in July, forcing Ian Foster’s men down the world rankings to fourth – their worst in history.

Credit must go to Ireland, who outplayed the All Blacks in every facet of the game. However, the New Zealand side was their own worst enemy throughout the series and showed uncharacteristic weaknesses.

Ireland dominated their forward pack physically, and their line-out was non-existent at times as the Irish jumpers picked off the All Blacks ball seemingly at will. Moreover, there was a notable difference when Sam Whitelock was not on the field as overthrows, half jumps, and poor timing in the line-outs made New Zealand look like a schoolboy side at times.

The problems extended to the backline, who may not have had the best quality ball to deal with but were clueless at times, with none of the critical decision-makers taking charge of the game and setting the right tone with ball in hand.

The All Blacks turn their attention to the Rugby Championship, where they face their biggest hurdle of the competition straight up, two Tests against the Springboks in South Africa.

There already have been changes to the backroom staff, with the axe falling on John Plumtree and Brad Mooar, with Jason Ryan drafted in from the Crusaders to take up the forwards coaching position.

With the new coaching structure in play, Planet Rugby examines what Foster and co. need to do with their on-field personnel to meet the fierce challenge of the world champions.

Star second-row Brodie Retallick is set to miss the beginning of the Rugby Championship after being sidelined with a broken cheekbone sustained against Ireland in the final Test. This could see Scott Barrett end his time on the side of the scrum and slot in next to Whitelock.

However, a return of Patrick Tuipulotu may favour the All Blacks more as his mobility would offer additional dynamism against the robust Springboks squad. Tuipulotu is an efficient line-out operator, which will be crucial in South Africa as the set-piece is vital to how Jacques Nienaber’s side plays.

Akira Ioane showed his robust best against Ireland but may not be the best option at blindside as returning All Black Shannon Frizell offers similar physicality and is more proficient at line-out time. The Highlander will provide greater balance to the loose trio as number eight Ardie Savea already offers similar attributes to Ioane in broken play. Dalton Papalii deserves a run in the All Blacks jumper, but that is unlikely as Sam Cane was retained as captain.

The All Blacks have the personnel; it is more a case of finding balance and ensuring set-piece, particularly the line-out, of operating smoothly, or the Springboks will have full licence to squeeze their rivals out of the game.

Beauden Barrett has had a sublime year domestically and underlined his playmaking prowess to the world. However, the same cannot be said of his series against Ireland. While Barrett did not have a shocker, it is absolutely imperative to get the basics right against a team like South Africa. When the Blues star is given quick front foot ball, there is no better fly-half around to pick apart defensive lines. However, the All Blacks simply do not have that luxury anymore.

Mo’unga also offers incredible vision on attack but has a more rounded tactical kicking game, an aspect that is always called for against the Springboks. The Crusader needs to set the tone on attack by being decisive and accurate in his distribution and when kicking out of hand. The pivot offers a more calculated approach which will suit the All Blacks at this stage.

Foster could be toying with operating the two playmakers in tandem with Beauden Barrett replacing his brother Jordie at full-back. Although, the All Blacks could be looking to lean on the latter’s big boot at altitude.

Nevertheless, Mo’unga should get the chance to take charge of the backline and offer direction to the players around him.

The Crusaders wing was one of the few positives to come out of the Ireland series as he earned his first two caps for New Zealand in the opening two Tests before being replaced by Sevu Reece in the third, who made space for the returning Will Jordan.

Fainga’anuku showed impressive strength through his running game and under the high ball against Ireland, whilst Reece was solid but was nowhere as comfortable on the left wing compared to his preferred right.

There is no questioning Jordan’s starting spot. He simply has to start without question. The outside back is one of the prolific players in the world and walks into any team in the world.

The decision to move Reece across was calculated and based on experience, but faith must but shown for Fainga’anuku, who looked comfortable in the Test arena and deserves a chance to run out at Mbombela Stadium in Nelspruit.

Talent has never been the question for the All Blacks, they have the players to climb out of this poor patch, but until they find balance in combinations and execute basics well, it will continue to be an uphill battle.

READ MORE: Rugby Championship preview: All Blacks to fail in bid to retain the title