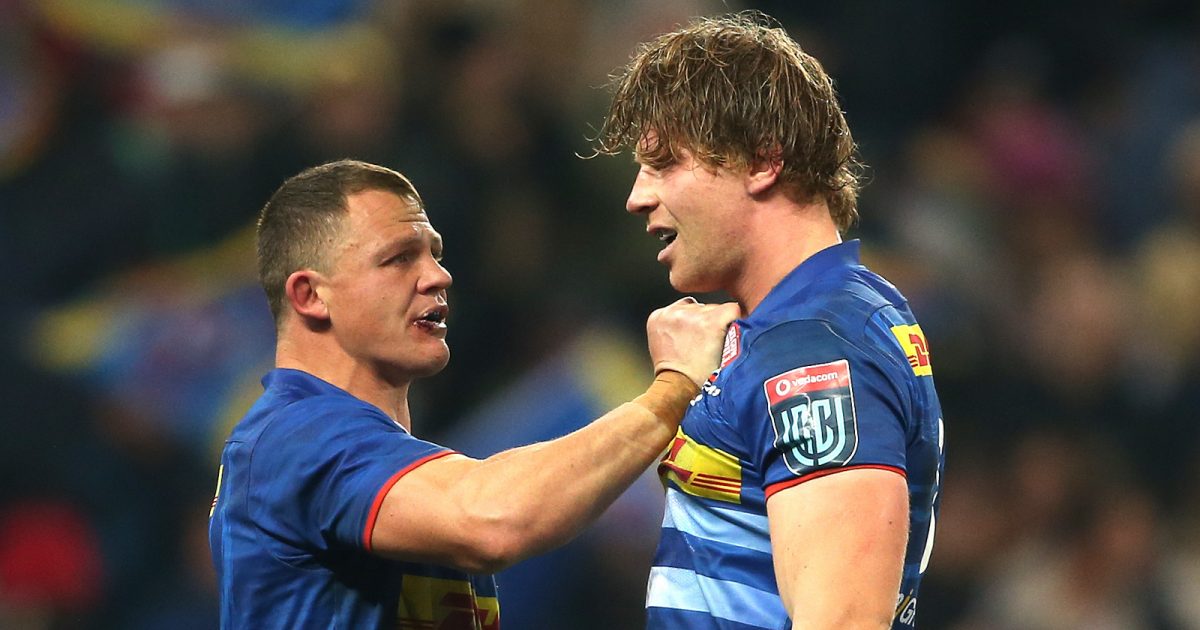 The first Test week of the year has finally arrived for South Africa.

Just over seven months ago, the Springboks finished the 2021 international season with two wins out of three on their end-of-year tour as the world champions remained firmly ensconced at the summit of the World Rugby rankings.

Since the last Test appearance against England, South Africa‘s leading franchises have taken the United Rugby Championship by storm, with the Stormers ultimately crowned champions after a closely-fought battle against the Bulls in the final. A host of in-form players have duly been rewarded with call-ups to a powerful 43-man Springbok squad, which looks to be in rude health.

This is a carefully-considered group of players that the Boks will rely on during a jam-packed 2022 Test schedule, while this squad will also form part of the planning for next year’s Rugby World Cup. All considered, the Springboks are expected to have just 18 Tests and three SA ‘A’ games between now and the date for the 32-man World Cup squad selection.

“Springbok games are for performance. SA ‘A’ games are for development,” Bok coach Jacques Nienaber interestingly commented recently. “When you represent the Boks, you represent your country and you represent a brand that has been around for more than 100 years. You go out there to win on every occasion. That is not the platform to develop.

“If a few results go our way over the course of the season, we may be in a position to give players more exposure to Test rugby. Injuries may also create opportunities. The three SA ‘A’ games on the end-of-year tour will be about development. Right now, we have a good idea who will play in the Tests and who is more likely to play for SA ‘A’.

“However, if there are a couple of injuries in a certain position, then the player who is down to play for the SA ‘A’ side in November may be promoted to the starting side against Wales this July. That is why we’ve brought a large group of 43 players together ahead of the Test season. We are not just planning for the Wales series, but for the whole season.”

With these comments in mind, and considering the relatively limited time until the 2023 World Cup, it is worth considering how much game time some of the Springboks’ newcomers will realistically receive.

Here, we take a closer look at how these uncapped ‘newbies’ could fit into the Bok picture.

The Stormers powerhouse was undoubtedly the breakthrough star of the URC campaign, and duly walked away with a host of awards. However, even in the absence of the injured Duane Vermeulen for the Wales series, it’s likely that Jasper Wiese and Kwagga Smith will be seen as the primary back-up options. On current form, Roos could be just ahead of Louw and Marcell Coetzee in the pecking order, and an impact role off the bench could certainly be a strong possibility as the season progresses.

Towards the end of the URC, Louw may not have stolen a ton of headlines, but his uncompromising physicality and high work-rate is sure to fit into the Boks’ style of play. In all likelihood, Louw will need to remain patient and simply soak up as much knowledge as he can while he is part of the Bok group. Louw’s back-row versatility will serve in his favour, but there is just so much depth when it comes to the Springboks’ loose-forward options at the moment.

The towering Bulls lock has enjoyed a standout season domestically, and is one of just five specialist locks that the Springboks have selected. Lood de Jager is the incumbent at number five, while ‘utility forward’ Franco Mostert is likely to cover this position off the bench. The Stormers’ Marvin Orie would be next in line before Nortje is likely to receive an opportunity.

With RG Snyman still injured, Moerat could be very close to finally earning his first Springbok cap. The former Junior Springboks captain has produced some of the best rugby of his career for the Stormers this season, and along with Rynhardt Elstadt, will offer reliable back-up to Eben Etzebeth.

The 35-year-old is probably still buzzing after earning the Man of the Match award in his 100th appearance for the Stormers in the recent URC final. That performance came just days after his first call-up to the Springboks, with the national coaches clearly recognising that he is the sort of “warrior” they’d want in their camp. Fourie could be seen as someone who may play a similar role to Schalk Brits at the last World Cup, offering experience, leadership and utility value. Interestingly, there is already talk that he could be immediately considered as a key member of the Boks’ famed ‘Bomb Squad’ of bench players.

The former sevens speedster joins Damian Willemse as one of the two so-called utility backs in the squad. In-form Warrick Gelant is expected to provide primary back-up to first-choice full-back Willie le Roux, and so Arendse may have to wait for opportunities with the SA ‘A’ side to really stake a claim for selection.

Williams will be viewed as the ‘fourth’ scrum-half in the current Springbok squad, with Faf de Klerk, Herschel Jantjies and Jaden Hendrikse quite settled in the pecking order. However, there is very little to choose between the three back-up scrum-halves to De Klerk, and so Williams will want to really impress at training.

The Boks have a ton of depth at prop, but Mchunu is clearly seen as a player for the future. His initial time with the Springboks is likely to be in a knowledge-gaining capacity, while game-time should beckon during the SA ‘A’ matches.