Home South Africa Opinion: Love him or hate him, Willie le Roux remains as important as ever to Springboks 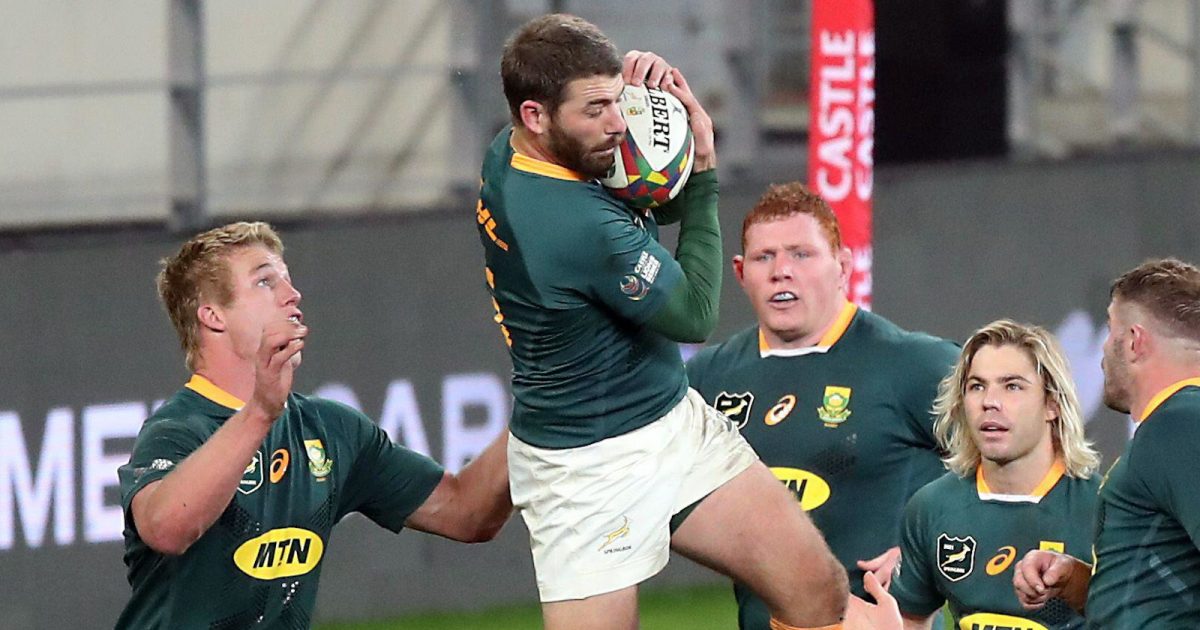 By all accounts, Damian Willemse was the big winner from the Springboks’ three-match series against Wales. Whether at full-back, or filling in at centre or fly-half, the 24-year-old simply looked increasingly comfortable and confident at Test level.

Very quickly, Willemse can quite rightly be viewed as an integral member of the South Africa’s starting line-up, and there is every chance he will retain the number 15 jersey for the duration of the Rugby Championship.

Yet, while Willemse has understandably grabbed plenty of headlines over the past few weeks, Willie le Roux has flown quietly under the radar.

Since 2018, the veteran full-back has started in as many as 30 Tests, serving as the backline cog around which so much of the Boks’ play generally revolves. During this time, Le Roux also played a crucial role in both the successful 2019 Rugby World Cup campaign and 2021 British & Irish Lions series, while remaining entrenched in the Springboks‘ run-on XV.

And so, when all is considered, it can’t be overlooked that one of the knock-on effects of Willemse’s rise to prominence has been the considerable change of role handed down to Le Roux.

It’s particularly unusual to associate Le Roux with a role on the bench, and before the start of the series against Wales he had in fact started in 67 of his 72 Tests prior to this year.

With the Boks opting to provide in-form Willemse with a starting opportunity at full-back during the July series, it would not have been surprising to see Le Roux fall out of the matchday 23 as a result, particularly considering the selectors opted for a six-two forwards-to-backs split on the bench. However, his continued selection has been a largely overlooked masterstroke.

Ultimately, the Springboks management have always always known what value Le Roux offers, with the coaches constantly looking beyond the criticism that has so often been aimed at the veteran full-back when things haven’t gone well for South Africa.

As the story goes, Le Roux even famously approached Rassie Erasmus before the Rugby World Cup final to say he would understand if he was dropped after struggling with a shoulder injury that was limiting his play. Yet, Erasmus laughed off such a suggestion, while Jacques Nienaber reminded Le Roux that he would “trust him with his life” as he handed out the matchday jerseys on the eve of the final.

Le Roux duly went on to produce a memorable performance in the title decider, rewarding the Bok coaches for the faith placed in him, while vindicating a selection process that is based around objectivity rather than emotion.

“I know people have lots to say about Willie, but look at how many times he makes the last pass to allow us to score a try,” Nienaber explained during the Wales series.

“You must be able to see space and create to do that. What Willie does for our attack is outstanding. Sometimes he looks average in other areas and he always gets criticism, but the reality is he does so much work, and is crucial to our attacking game plan.”

Those points were brought into sharp focus when Le Roux came off the bench in the first Test against Wales and quickly took direction of the Boks’ play after fly-half Elton Jantjies had endured a torrid first-half performance that ultimately led to him being replaced at the break.

In the decisive third Test, Le Roux delivered another highly influential display when he came on around the half-an-hour mark after Cheslin Kolbe was forced to leave the field with an injury.

Le Roux produced some magical touches during his cameo off the bench, while an enduring passion and determination was tangible in everything he did. His off-the-ball communication and guidance also set him apart once again.

“I am part of the bomb squad and I do have a new role there,” Le Roux said. “I am excited to still be in the 23, but even if I am not there, just serving (the team) – holding bags, painting pictures for the side – whatever my role is, I am happy to do that.”

And what has Le Roux made of Willemse’s progression?

“He is a great rugby player and he can play multiple positions. He slots into full-back very easily and he understands the role there. There were little things here and there where I helped him, like his positioning; when to send up your wings; and when to hold them back a bit.

“We are good mates, we come from the same school (both went to Paul Roos). He will do a good job and he is the right man.”

Love him or hate him, he remains the ultimate team man, and his role within the Springboks team remains as important as ever, even if his jersey number has changed from number 15 to 23.