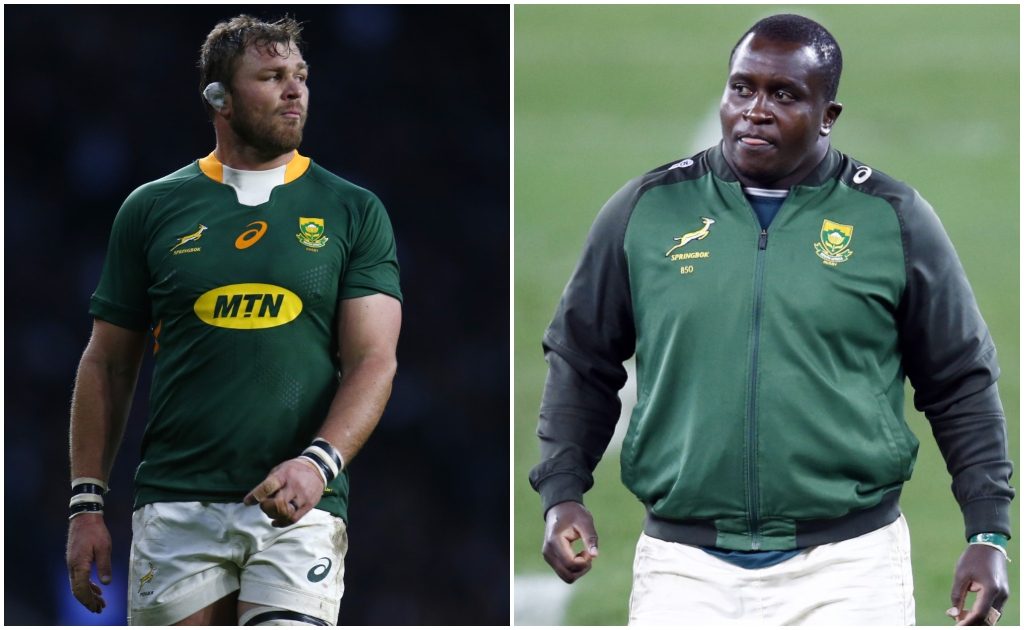 The South African clubs continue to bear the brunt of the ongoing player exodus to the northern hemisphere, writes Jon Cardinelli.

There’s been a lot of talk in South Africa this past week about Trevor Nyakane’s decision to leave the Bulls and join Racing 92. According to reports, the French club has paid a large transfer fee to the Bulls in order to secure the immediate release of the Springbok prop.

10 years ago, nobody would have batted an eyelid if a 32-year-old veteran with more than a decade’s worth of experience in the local game decided to further his career overseas.

Back then, it was accepted that ageing South African players, particularly former Boks, pursued lucrative offers from European clubs. Nobody begrudged those players a financial opportunity to set themselves up for a life after rugby.

The fact of the present matter, however, is that Nyakane is not a spent force. He started all three Tests on the Boks’ recent tour to the United Kingdom. He’s a senior player, with 54 Test caps, and his ability to play both loosehead and tighthead means he will travel to the 2023 World Cup as one of South Africa’s most valuable players.

In the past, Nyakane would have been forced to make a choice between club and country. As it stands, Nyakane will remain available for Test selection while he represents Racing 92 in the top leagues in Europe.

Duane Vermeulen is another who recently left the Bulls to join Ulster in Ireland. That move will not impact negatively on his Test selection prospects.

The same applies for other Bok stars plying their trade abroad. As many as 17 of the 32 players who toured the United Kingdom in November are based at clubs in Europe or Japan.

Faf de Klerk (Sale), Pieter-Steph du Toit (Toyota Verblitz) and Cheslin Kolbe (Toulon) are among an injured contingent that didn’t tour with South Africa, but will also feature in the near future.

More top players will depart South Africa in the coming years. While there is a relatively even split between local and overseas-based players in the national squad at present, that may change by the time the Boks travel to the 2023 World Cup.

In 2018, SA Rugby conceded that they were fighting a losing battle with regards to retaining most of their star players in the country. CEO Jurie Roux pointed out that the economic situation in South Africa prevented the governing body, as well as the individual franchises, from matching lucrative offers from clubs in Europe and Japan.

As a result, coach Rassie Erasmus – and subsequently Jacques Nienaber – was given the freedom to select as many overseas players as he liked.

There were challenges, given that individuals based abroad missed training camps outside of the international windows, and only joined the group a few days before the first Test of a tournament or series.

Overall, these players made a positive impact, and the team went on to claim big trophies such as the Rugby Championship, the World Cup, and more recently a series win against the British & Irish Lions.

This operation has evolved over the past two years, with one of the assistant coaches – Felix Jones – monitoring the top South African players in Europe.

A clear line of communication exists between the Bok coaches and those players. Ultimately, they are being prepped for the next international tournament or series so that they can hit the ground running when they eventually return to South Africa.

The real losers in this scenario are the local South African clubs. Top players know that they can move abroad, earn a decent salary, and earn a call-up for the Boks while playing in a competition in the northern hemisphere.

At this stage, there are more than 200 South Africans representing foreign clubs in elite tournaments like the Premiership, Top 14, Japan Rugby League One and the United Rugby Championship. The total number of South Africans competing in professional leagues around the world is north of 500.

It would be possible to field three starting XVs comprising players who have represented the Springboks or trained with the national team in recent years. One could compile 10 starting XVs of overseas players who boast Super Rugby and Currie Cup experience.

South Africans should not lament the departure of these players in a Bok context. The current Bok coach has the freedom to pick whoever he wants – regardless of a player’s geographical location – and the current squad could not be much stronger.

And yet, the exodus has drained – and continues to drain – the resources at franchise level. South Africa boasts a strong school rugby system and superb junior structures, and will never be short on young talent. The problem is that more and more players are departing the country after acquiring some experience in the professional game. The depth at franchise level, and even at the level below, is continually eroded.

The Bulls, Sharks, Stormers and Lions made a disappointing start to the inaugural United Rugby Championship. This was largely expected, given the age and level of experience within those squads. What remains to be seen is how those groups will cope with injuries over a long season.

The local teams will be without their Bok players during the international windows. Their depth may be further depleted when, somewhat inevitably, another star player like Nyakane reveals that he has signed for an overseas club.

How will these teams fight back against the inevitable tide?

The Bulls have managed to lure back several former internationals like Arno Botha, Marcell Coetzee, Johan Goosen and Morné Steyn to bolster their stocks. The Sharks have more Boks than any other SA franchise, and are well placed to build.

But make no mistake, every season from hereon in is going to witness a fight for personnel and resources.

It’s a fight the better South African teams will have to win if they want to challenge for the URC title, let alone the Champions Cup trophy, in the near future.