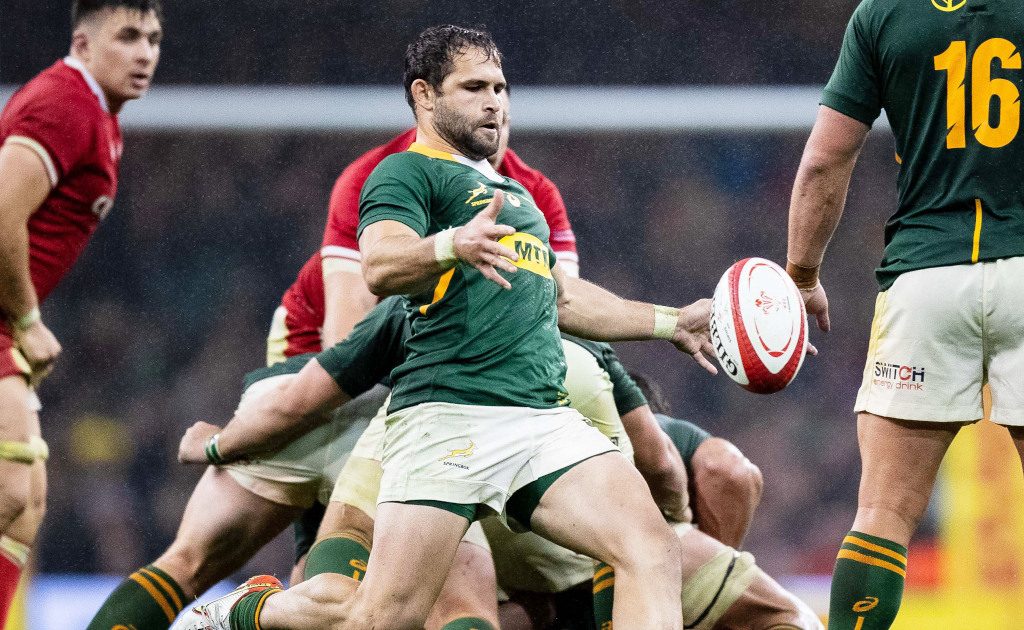 The Springboks’ attacking success against England at Twickenham on Saturday will hinge on the selection of a more decisive and tactically astute scrum-half.

The Boks have achieved a great deal on this tour to the United Kingdom. The recent wins against Wales and Scotland have provided the players with confidence and momentum ahead of their biggest clash against the English.

It’s important to note, though, how many fringe players have received game time over the past two weeks and how the coaches have developed the game plan with a view to the future.

Having ticked those boxes, the Boks should approach the match at Twickenham as if there is no tomorrow. There is too much riding on this one result for the coaches to persist with experimental selections and strategies.

If the Boks win this match, they will end a seven-year drought at the home of English rugby and finish the season as the number one-ranked team in the world. They will prove that the 2019 World Cup final result against Eddie Jones’ side was no fluke.

Selection is going to be so important, particularly at number nine. There’s been a disconnect between the forwards and backs on this tour, and this has resulted in a series of missed chances. While the Boks have been excellent in many departments, they are fortunate that poor handling and worse decision-making hasn’t cost them a result or two.

Faf de Klerk has been conspicuous by his absence. While the Boks boast impressive depth in the forwards and in the midfield, they are hardly spoiled for world-class operators at scrum-half.

When De Klerk starts, the Boks look a different side on attack and defence. No other scrum-half in the Bok squad has the ability to implement the kick-chase strategy with such accuracy, or the means to identify and exploit cracks in the opposition defence.

When the Boks don’t have the ball, De Klerk is often deployed as a defensive weapon, flying out of the line to disrupt ball-carriers and distributors.

While De Klerk began his rugby journey as an instinctive player at the Lions, he has evolved since moving to Sale Sharks in 2017. It’s fair to say that De Klerk is one of the finest tacticians in the northern hemisphere, and will be an asset to the Boks when they defend their crown in northern hemisphere conditions come 2023.

De Klerk’s recent struggles with injury, however, have highlighted the gap that exists between himself and the other scrum-halves in the squad.

In one sense, this could be viewed as an opportunity for Jacques Nienaber to find some answers regarding the alternatives. But as the match at Twickenham looms, the coach will have to make a big call regarding the pecking order, and would do well to start Cobus Reinach ahead of Herschel Jantjies.

This is not to suggest that Jantjies should be cast aside completely. Rassie Erasmus recognised the player’s game-breaking ability in 2019, and backed him to start on debut against Australia in Johannesburg. He selected the relatively inexperienced Jantjies ahead of more established players such as Ivan van Zyl and Embrose Papier for the World Cup squad, and Jantjies delivered on his promise at the tournament in Japan.

Jantjies continued to impress during the early stages of 2020. His penchant for an intercept as well as his excellent support running were on show once again. But for the Covid-19 outbreak, and the cancellation of South Africa’s Test fixtures, he may have taken his game forward in the green and gold.

2021 has presented a series of challenges, with Jantjies contracting Covid-19 earlier this year. He hasn’t boasted the same speed from the base, nor the same spark of creativity.

Nienaber pointed out recently that Jantjies is still relatively young and inexperienced. Prior to this tour, the 25-year-old had never played a Test in European conditions.

It’s a fair comment, but doesn’t account for Jantjies’ lack of speed and poor decision-making in recent matches. He’s horribly out of form, and his ponderous service is part of the reason why the Bok attack is leaving so many tries and points on the field.

The gap between De Klerk and Reinach is a lot closer. While not as adept at implementing the team’s kick-chase strategy, Reinach has had some success in the Lions series and Rugby Championship in a starting capacity.

The Boks have looked a lot sharper on this tour when Reinach has replaced Jantjies in the second half. In Cardiff and Edinburgh, the game plan was geared towards lifting the tempo in the second half and targeting a tired opposition defence. This certainly suited Reinach’s skill set.

The Boks can’t afford to wait until the second half at Twickenham to deploy their best available scrum-half, though. They can’t allow England to take control of the contest.

The Boks have been overwhelmingly dominant at the scrum, lineout and maul over the past two weeks. They have harnessed their power at those set pieces to win territory and force penalties.

Thereafter, they’ve blown scoring opportunities via poor execution and decision-making. Jantjies has been one of the chief culprits in this respect.

Jantjies will be better for the experience of playing in northern hemisphere conditions, and it would be unfair to criticise Nienaber for giving him a chance to start against Wales and Scotland with a view to the future.

This Saturday, however, the Boks will have to field their best available team against a resurgent England side.

They have the pack to boss England at the set-pieces – and it’s high time that the backs translate that outstanding scrum and lineout platform into more points and tries.

As the link between forwards and backs, Reinach holds the key to unlocking the Boks’ attacking potential.

Accurate box kicking and game management will go a long way towards claiming a significant result in isolation – and yet a good performance by the starting number nine will provide Nienaber with another important answer ahead of the 2023 World Cup.