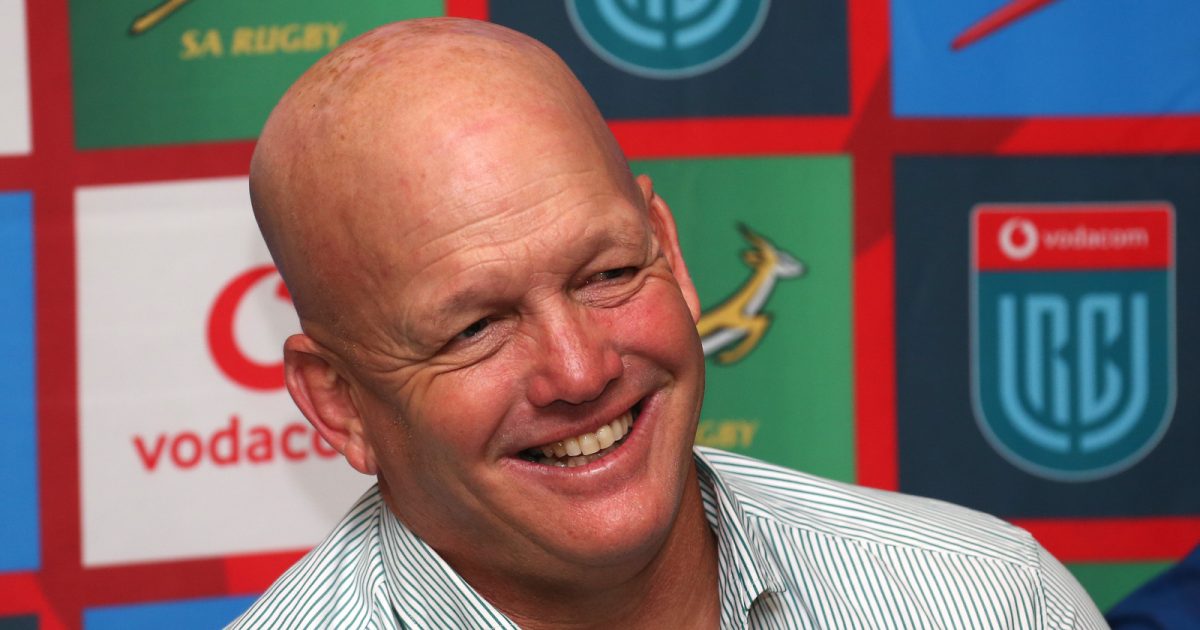 The Stormers completed a fairytale season by claiming the inaugural United Rugby Championship from the most unlikely positions.

It is a story of epic proportions, a true sporting miracle. Somehow a union on the brink of financial collapse turns the corner to win its first international title after losing several World Cup-winning Springboks and their beloved Newlands Stadium just to stay afloat.

Success is multi-faceted; many moving parts need to align correctly and at the right time. In addition, to achieve success, there needs to be a leader, a pilot and a visionary. Stormers coach John Dobson is all three.

Given the turmoil within the club and the increasingly uninterested Cape Town public, one of the hurdles the Stormers needed to leap was to re-establish the team’s connection with its fans, if any were left.

Not only is his connection with the area powerful, but Dobson is also a winner and nothing less is good enough. After the final, the coach outlined the team’s goal to reconnect with fans.

“We had a mission statement at the start to get Cape Town smiling for lots of reasons – whether that’s because of the pandemic, because rugby had lost its lustre in the Western Cape. We were always on the front pages for the wrong reason,” Dobson said.

“People were disconnected from the team, both through Covid reasons and we weren’t doing well off the field or on the field.

“It’s not often in life that you start off with an audacious goal and you actually achieve it, so it’s completely surreal. That’s the truth.

“Going around that stadium afterwards, the people weren’t saying ‘well done’, they were saying ‘thank you’. That’s so powerful for us.

In sports, these miracle moments only happen if the team wins, simple as that. While the Sharks and Bulls were swiping their bank cards and bringing in some impressive talent, Dobson and his coaching staff were looking in the bargain bin.

The key commitments of captain Steven Kitshoff, Frans Malherbe and Damian Willemse provided a base. Beyond that there is the sensational Evan Roos, Manie Libbok and Hacjivah Daymani, who all did not gel with previous unions and have shone in the Stormers’ blue and white.

Roos, who will have a sore back from carrying all his awards in the URC, very nearly hung up the boots before getting the call from the Stormers.​​

The re-signing of 35-year-old Springbok call-up Deon Fourie was intended to add experience but turned into a masterstroke. The flank showed tremendous leadership and breakdown prowess, forming a critical cog in the title success.

Once Dobson had all the pieces on the chess board, he needed to inspire, find a way to win, and keep winning. Initially, that was centred around the freedom to express yourself in a Stormers jersey. He put the onus on players to go entertain, to prove that one man’s trash is another man’s treasure.

After a rocky start and with the return of their Springboks, the Stormers built momentum. Suddenly, the initial goal of finishing in the top eight seemed within reach, but that was not enough. The coach had the engine running, but how do you turn a good team into a championship team? If you ask Dobson, he will tell you through poetry.

“I had in my mind the Dylan Thomas line from his poem: ‘Do not go gentle into that good night’.

“It goes like this: ‘Rage, rage against the dying of the light’.

“And then there was the Greek myth of Sisyphus pushing the boulder up the hill. He’s known as the absurd hero. He was without hope, and his joy became defying that absence of hope.

“As a team, we [the Stormers] were 88-1 odds at the start of this competition and we told the players about the absurd hero that was Sisyphus.

“They took it on board and revelled in proving everybody wrong week in and week out,” Dobson said.

The Stormers began playing electric rugby loaded with clinical finishing and pure venom whilst looking to “defy that absence of hope”. Perhaps the most refreshing aspect of the Cape Town side this season is the genuine enjoyment shown by the players.

In the professional age of today, with paper-thin margins, it is not always the case to see pure joy across a team. Yet, that is what Dobson had fostered. A team in every sense of the word, dripping with a culture that would have them line up next to each other in battle week after week. A team of “absurd” heroes.

Everything had changed, the goal was now to win the title, and no one looked back. But instead, there was a tangible trust between the players and the coaching staff. Before long, the newly occupied Cape Town Stadium had become a fortress, fans began to talk, and tickets sold like hot cakes. The connection was re-established.

With the Stormers and their ‘faithful’ turning the screw from both ends, the men from Cape Town refused defeat time and again. The rampant side last succumbed to a loss against Connacht on February 26.

It is startling that previous Stormers teams loaded with legends such as Bryan Habana, Jean de Villiers, Jaque Fourie and Duane Vermeulen made only one final that the side lost to the Bulls in 2010. For so long, many asked, why?

The answer is culture, not to look down on the team ethos in that era but to look up at the team culture now. A laid-back, considerate, masterful tactician in Dobson took a bolt cutter to all the rusted locks whose keys had been lost.

It is not to say that he is solely responsible for one of rugby’s most fascinating stories, as everything in the sport is a team effort. Still, to achieve success, there needs to be a leader, a pilot and a visionary. Dobson is Cape Town’s absurd hero.